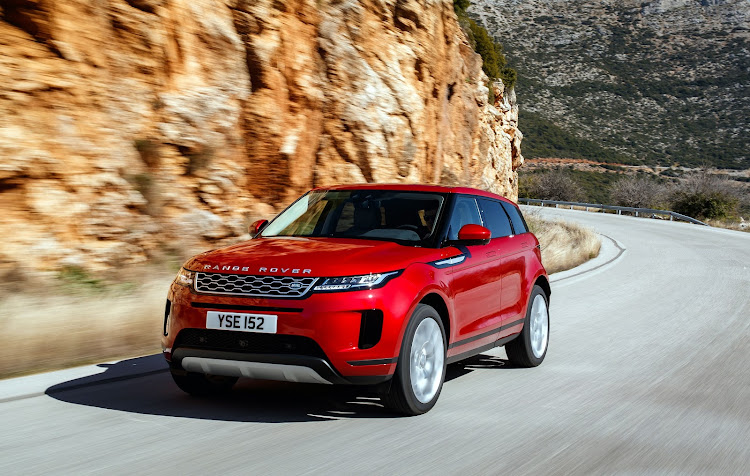 The Evoque follows the reductionist design strategy with plenty of inspiration from the Velar. Picture: SUPPLIED

The new Range Rover Evoque will launch in SA in May and will deliver more of chief designer Gerry McGovern’s reductionist strategy as well as more comfort, luxury, tech and off-road ability. It will, in a nutshell, be more Range Rovery.

At its international launch in Greece, it was immediately obvious that McGovern and his team have taken inspiration from the Velar, which makes sense given that it won the World Car of the Year Design trophy in 2018. The year 2019 could well be the best one yet for Land Rover and the Evoque is set to be a big contributor to that as the company continues to move towards producing what McGovern says are “objects of desire” rather than just 4x4s as it did 10 years ago.

He says the Evoque design has been pared back to its very essence, the sort of thing designers say. We can translate that for you: it basically means many of the heavy mouldings have gone, replaced by simple surfaces, cleaner lines and, of course, those Velar-inspired items such as slim headlights and a hexagonal grille pattern.

The rear too is very different, providing the look of something larger and more dynamic, though the vehicle itself is only 1mm longer than the old model.

What hasn’t changed is that narrow rear window. McGovern says he refused to change it, and instead a Clearsight Rear View mirror displays the view from a rear-mounted camera. The Clearsight Ground View effectively makes the front of the vehicle invisible as it shows a virtual picture of the front wheels on the ground. Picture: SUPPLIED

You can zoom in and out and adjust the brightness, but sometimes it feels a little unnatural. You can also flip a toggle underneath to use a normal mirror if you prefer a bit of old school.

It’s not the only clever piece of Clearsight engineering either because there is also the option of the Clearsight Ground View, effectively making the front of the vehicle invisible as it shows a virtual picture of your front wheels on the ground in the upper display screen. It was first promised on the concept for the new Discovery but has taken until now to be introduced and will doubtless be on the upcoming Discovery facelift.

The Evoque also gets the new Touch-Pro Duo from the Velar, which features two interactive screens — one on the dash to show infotainment, connectivity and navigation and the other in the lower half of the centre console that allows you to access all the dynamic and off-road settings as well as the climate controls. The latter still lacks haptic feedback, which problematically means you have to take your eyes off the road to see what you are selecting.

The latest Evoque sits on the company’s new MLA platform, which has been engineered for electrification. This means a plug-in hybrid version is also available, though there’s no confirmation from Land Rover SA yet on its possible introduction.

The same platform will also be used for the next generation of the Discovery Sport and Jaguar E-Pace.

Two engines will be offered initially, a 132kW diesel and a 183kW petrol, both Ingenium powerplants built in-house at Jaguar Land Rover. Both also benefit from 48V mild-hybrid engineering, which provides between 10kW and 15kW of additional power at lower revs.

It was immediately apparent that a great deal of effort has been put into sound insulation, particularly in the diesel model. The new Evoque is remarkably quiet as the new nine-speed ZF transmission hauls through the gears. In the diesel the gearbox is nicely matched to the engine, something that is slightly lacking as pronounced so muchthe case in the petrol, which constantly jumps between gears.

Unfortunately that fix will not be something that the new Over The Air (OTA) software updates will be able to remedy, but no doubt if you are an early buyer, a future trip to the dealership will fix it when the team gets it right. 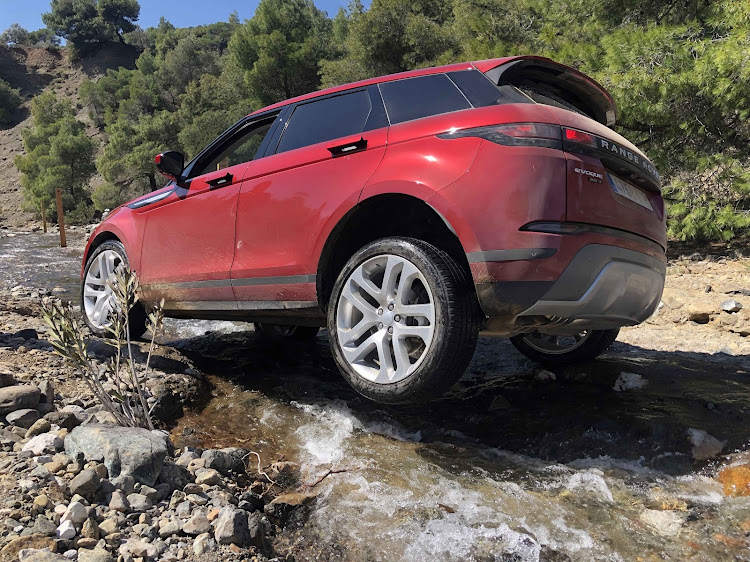 Tackling a nearly dry river bed, the new Evoque proved it is still as capable off-road as ever. Picture: SUPPLIED

When they do, the four-cylinder petrol should be the better option, with an all-wheel drive system that can disconnect from the front axle to provide better economy — the diesel also has it but is likely to beat the petrol on consumption in all modes.

The diesel also provided lots of grunt when it came to off-roading, which saw us traversing an almost completely dry river bed, crossing a few small streams and ambling over a few obstacles. The new Terrain Response System offers a range of settings but now also has an Auto option to let the Evoque make all the decisions for you, checking the surface traction up to 10 times a second. It took it all in its stride, though althoughwe didn’t get to test the increased 600mm wading depth.

Apart from the gearbox and slightly jerky electronic steering that is an issue with both models, the petrol version also charged along highways, byways and up an almost Pikes Peak-like gravel mountain pass. The traction inspired great confidence and the standard suspension on the petrol version (we had adaptive on the diesel) proved to be the most comfortable option. 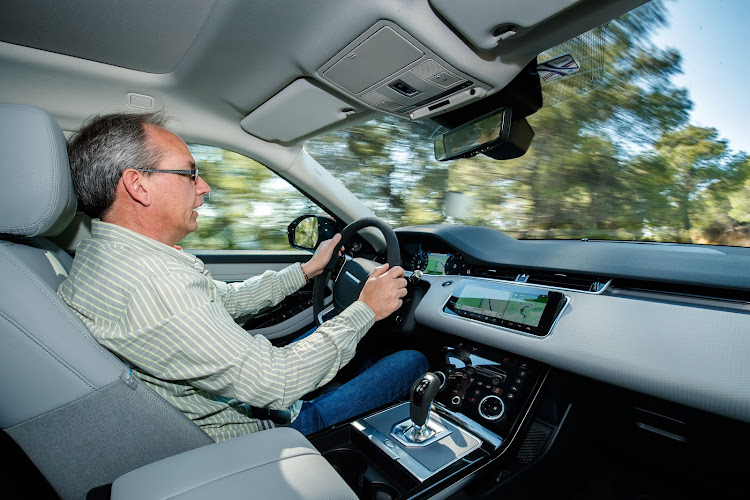 The interior gets big changes, including the Touch-Pro Duo system. Picture: SUPPLIED
Get our news and views in your inbox

Annoyingly for those who will take their Evoque off-road, the grab handles have disappeared, apparently because the new laser-welded roof is too thin to allow them under EU regulations.

Priced from R734,300 the Evoque continues to be a great package. While there are a few minor issues, it once again sets a standard for the brand that has already sold more than 800,000 Evoques since the first generation debuted.

It is still an object of desire but it faces stiffer competition than ever, not least of all from the keenly priced new Porsche Macan. But while the Macan probably wins in dynamics, the Evoque has tech and all-round ability in its favour.

Now McGovern has a more pressing task to get back to. He’s busy with some additional new Discovery models, but the big one is the expected debut later in 2019 thisyear of the new Defender, the true foundation for Land Rover. Did McGovern give anything away about the new iteration of the icon? Of course he didn’t, saying only that it is “imminent”, so the wait continues.