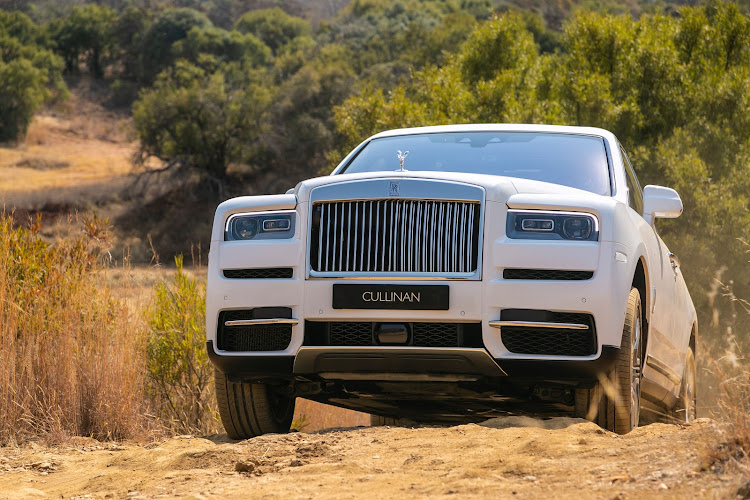 Up until last week I had never driven a Rolls-Royce. No real surprise there, I guess, because even among the motoring fraternity there are few who can put their hand up to driving what is widely regarded as the pinnacle of the motoring world.

Often the reserve of the high-rollers of the corporate sector, models such as the Ghost, Phantom, Wraith and Dawn, are prized vehicles normally out of bounds even for motoring journalists.

Which is why last Monday was something special, as the local media were invited to the world-class Gerotek Testing Facility just outside Tshwane to experience what Rolls-Royce dubbed "rules rewritten".

And they weren't joking. Because can you imagine "drifting" the above-mentioned vehicles around a skid-pan? Tackling a gymkhana in a 2.5-ton behemoth? Trying to achieve your best 0-100km/h time?

Rolls-Royce are not exactly trying to reposition their brand, but they are out to illustrate that their vehicles are not the sole preserve of tycoons on the wrong side of 50, but also a desirable commodity for younger, high net worth individuals.

Rappers such as Jay Z, Sean Combs and 50 Cent all have a Rolls parked in their driveway.

And When Nicky Minaj was recently looking to add to her impressive car collection, which already consists of a Bentley Continental GT, Range Rover and pink Lamborghini, she turned to RR for an additional ride. Or more specifically, the sports-utility Cullinan — a vehicle that was first revealed at last year's Concorso d'Eleganza Villa d'Este on the shores of Lake Como, Italy.

Named after the mine where the world's largest diamond was discovered — and literally 60km up the road from Gerotek — the Cullinan is a unique vehicle for Rolls-Royce as it's their first foray into the SUV segment and the first to be equipped with all-wheel drive, an opening tailgate and a touch-screen information screen.

The car market these days is saturated with SUVs, but as Rolls-Royce CEO Torsten Müller Ötvös said during the development stages of the Cullinan, it was about "offering our clients what they couldn't find in the market".

Those clients, he says, "do not accept limitations or compromises in their lives". And, I guess, if your bank balance has more digits than your cellphone number, then why should you?

Size-wise — and under the bonnet — it is a beast of a vehicle. At a little over 5.3m long, 2m wide and a shade over 1.8m tall, the Cullinan can without reservation be described as imposing.

Styling-wise, its looks are quite divisive. While many appreciate the strong horizontal and vertical lines, I'm less sold on the design and can think of other luxury-end SUVs that cut a more stylish appearance.

What is unquestionable, though, is the quality of the interior.

Step into the cabin — after the vehicle lowers itself by 40mm for ease of entry — and you almost feel like you should be leaving your shoes outside, such is the luxury.

The rear seats are offered in a choice of two configurations — Lounge or Individual. The lounge seat is the more functional of the two, offering seating for three people and described as "for families".

But, believe me, the individual configuration pushes the boundary when it comes to comfort and styling.

Think along the lines of a first-class airline seat – with all the trimmings! Separating the two rear seats is a fixed console which incorporates a drinks cabinet, whisky glasses, decanter, flutes and a refrigerator.

Yet, where the Cullinan truly sparkles is off-road. Select what is called the "Everywhere" button and in no time at all you will be tackling mountain passes, wading through rivers and navigating near-vertical declines with hardly a drop of bubbly being spilt.

This is thanks to the latest generation of self-levelling air suspension which varies the shock absorber system, wheel acceleration and steering inputs.

Powering the Cullinan is a 6.75-litre twin-turbo V12 power-plant that produces a stonking 420kW and 850Nm. Impressive, because not only do these figures translate into a claimed 0-100km/h time of five seconds flat and a top-end governed to 250km/h, but because the vehicle tips the scales at a heavyweight 2.7 tons.

It will be extremely interesting to see, sales-wise, how this particular vehicle does over the next couple of years. China will obviously be key — it is already the third-largest market worldwide for this model — but personally I think the Cullinan will ultimately be viewed somewhat as a fashion statement rather than a genuine, luxury, off-road vehicle.

Not because it cannot handle what is thrown in its path, because it can, but a very high percentage of owners will likely never venture off-road.

And who can blame them? Imagine the worry of scratching the paint, stone chips or rearranging the front grill, all in pursuit of an outdoor adventure.

If off-roading is your thing and you place a premium on image, comfort and capability, the Range Rover Autobiography will do most people just fine.

But then again, I guess Rolls-Royce customers are not "most people".

VW’s T-Cross to touch down in SA

Global vehicle production is falling at the fastest rate since the financial crisis - depressing manufacturing output, freight and the consumption of ...
Motoring
2 years ago