During this pandemic, we are all more virtually connected to each other than ever before. So why shouldn’t it be that way with your car?

Enter the new FordPass app, which makes it possible for you to communicate directly with your Ford, in addition to keeping you updated on impending problems or services and other details.

We ventured out into the wilderness of the Eastern Cape to learn more about the technology, pairing up with a new edition of the brand’s popular bakkie.

It’s a humid afternoon as the Cessna Grand Caravan charter plane touches down onto the rough tarmac of Port St Johns airfield. A fleet of new Ford Ranger XLT FX4s are gleaming in the sun amid the picturesque surroundings of the Wild Coast.

The FX4 is the newest addition to the locally-built Ranger range and debuts the FordPass Connect technology to SA.

Despite some patchy cell connection, I manage to pair my phone to the FX4 in no time. The app immediately shows me the fuel level and range, oil life percentage and odometer reading as well as the GPS location of the vehicle. 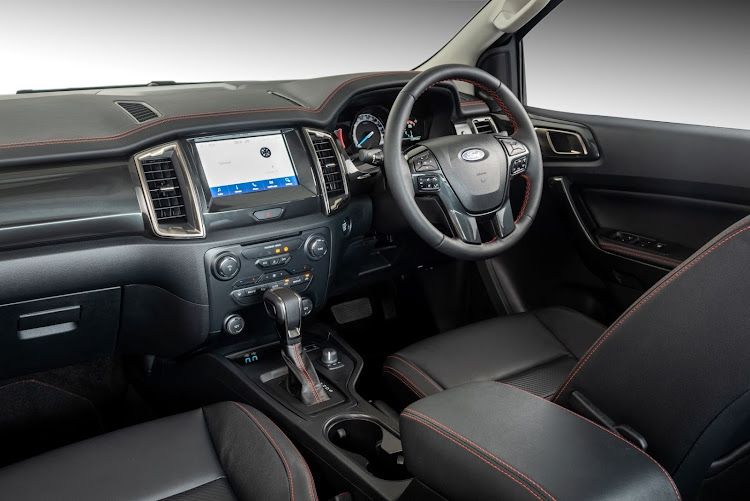 I hold down on the virtual “start” button on my phone’s screen, despite standing in the shade some way away from my chosen Agate Black FX4, and sure enough it starts within a few seconds of commanding it to via the app.

By the time I enter the cabin, I manage to escape the humidity into a chilly 18 degrees thanks to the dual-zone climate control system being activated remotely.

The FX4 is based on the XLT specification Ranger, but features an array of changes to differentiate it from its stablemates. At first glance, the black 18-inch alloy wheels along with the red FX4 logos on the doors and tailgate jump out as the main differences. The load bin’s roll-bars are also new and add a sportiness that would appeal to active families.

Under the bonnet, the 2.0 single-turbodiesel engine sends power to the wheels via a 10-speed automatic transmission. It’s a very capable pairing and provides decent power on- and off-road, with 132kW and 420Nm of torque.

In the 4x4 variant you can change to four-wheel drive or low-range with the turn of a knob, and also engage hill descent control or the electronic diff-lock at the push of a button when the need arises. Something that is used extensively while traversing the roads to Mpande Beach’s lookout point. The FX4 handles it all without so much as breaking a sweat.

The interior of the FX4 is a comfortable place to be in, even on the roughest of roads. The new leather seats, dash, gear lever and steering wheel all feature red stitching, along with subtle embossed FX4 logos in the seats. 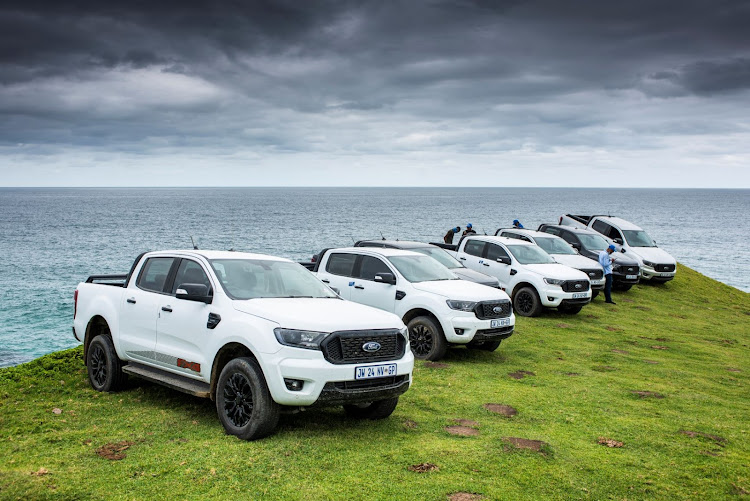 The eight-inch touchscreen, conduit to Ford’s Sync 3 infotainment system, provides a great view of our position on the edge of the Indian Ocean via Android Auto and Google Maps.

The scenery of the Wild Coast is something to behold. Despite the relative lack of proper roads, the FX4 takes it in its stride, crossing river mouths and driving up and down steep inclines and rutted roads. A quick pit stop at The Kraal Backpackers is welcomed, as is the ice cold lemonade and fresh oysters on offer!

I schedule my FX4 to start 15 minutes later, so I can again climb into a perfectly cool cabin by the time I am finished admiring the view of the ocean and the local cows tanning on the beach.

FordPass Connect technology is available in all Rangers from XL specification upwards from February 2021.

The F40 generation of the BMW 1-Series has taken some getting used to. To say that its appearance was met with mixed reviews would be diplomatic at ...
Motoring
1 year ago