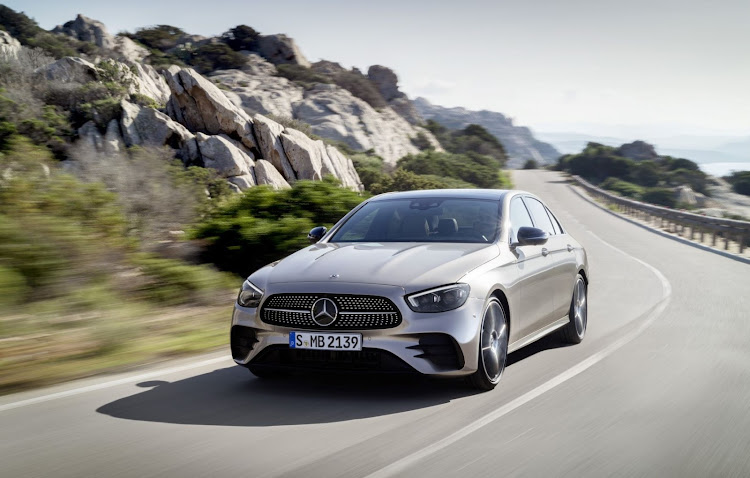 The Mercedes-Benz E-Class has been refreshed for 2021.
Image: Supplied

The Mercedes-Benz E-Class is one of the most successful and recognisable automotive product lines ever created.

In many parts of the world, you will still find elder members of the lineage serving their owners dutifully, reliably. Fact: it is the best-selling nameplate in the history of the brand.

Right here in SA, one does not have to venture too far to see a W124, W123 or even examples of the petite W114 gracing our roads.

And in various states of fettle, from pricey and immaculate concourse pieces to patina-rich mules that just keep on moving. These sightings are a testament to the fastidious engineering associated with the breed: they are directly responsible for the esteem with which Mercedes-Benz is held by most consumers today.

This week we attended the launch of the new E-Class, the enhanced version of the W213 model first launched in 2016. While it is decidedly future-forward in many aspects, buyers can take solace that the traditional values associated with the three-pointed star (namely refinement, quality) are still very much intact.

The first thing you may notice is the edgier suit. The revised frontal design features a gaping grille fixed in a frown, headlamps with a more angular shape and a hood with sharper pleats ironed into it. The side profile remains largely unchanged but at the rear, a slimmer lighting arrangement lends a cleaner look, versus the vertical clusters of before. 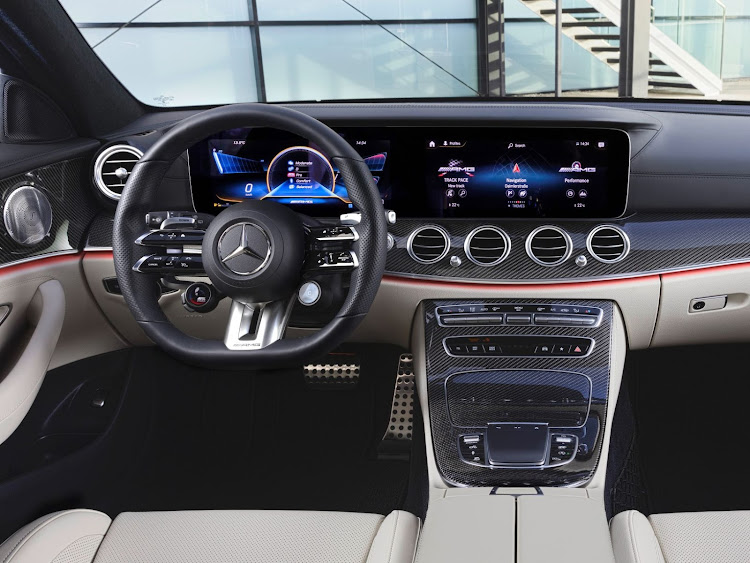 As before, the local range consists of saloon, coupé and cabriolet formats. We had the opportunity to drive all three, including the more powerful Mercedes-AMG E53 and E63 S flavours.

For front occupants, the layout remains as screen-intensive as previously, with the MBUX infotainment system and its accompanying tablet-like screens nearly spanning the width of the entire fascia. The redesigned steering wheels are particularly interesting, with the sportier option boasting a six-spoke design. It incorporates multifunction touchpads that only require gentle thumb contact for activation, rather than conventional buttons that click.

Our test session started with the humble E200. It performed in a manner sprightlier than expected, with its boosted 1,991cc four-cylinder eager to serve up the 145kW and 320Nm on tap.

All E-Class derivatives employ a nine-speed automatic transmission, tuned according to application. Next up, the diesel-powered E220d delighted with its laid-back cruising manner, packing 143kW and 400Nm from a 1,950cc, turbocharged four-cylinder.

Then we flirted with the more glamorous side of the E-Class, in two-door guise. First, a turn in the E300, which uses the very same motor as found in the E200, but with the volume turned up a tad. Here, you get 190kW and 370Nm.

It's just enough to give you more than an inkling of fun, but without upsetting your hairdo, as we learnt in the cabriolet. With its heated seats and ingenious air-scarf, it offered serene progress through the Gauteng and North West outskirts, despite the wintry chill that pervaded the air. Classic FM was an essential choice of radio station for that outing. 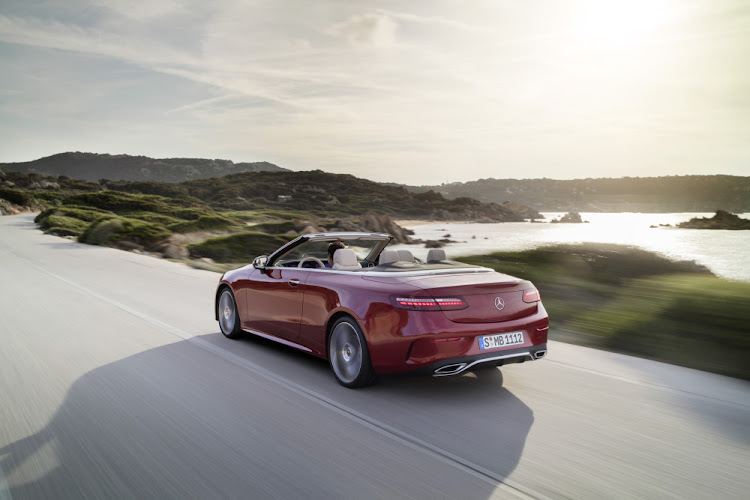 Beethoven took a back seat when the dynamic component of our day arrived, as we put the Mercedes-AMG versions through their paces on the skidpan and track.

Introducing the E53 4MATIC+ to the wet, circular playground seemed like a waste of time, however. Its leech-like all-wheel drive system meant inducing oversteer was virtually impossible. Of course, in the real-world, the impressive traction of the system makes accessing the 320kW and 520Nm underfoot exceptionally easy. For smoothness and tractability, the 2,999cc six-cylinder employed by Mercedes-AMG is hard to beat, aided further by an electric compressor in addition to a turbocharger.

If that sounds too mild for your tastes, the E63 S 4MATIC+ remains a veritable sledgehammer in a fuzzy velvet cloth. Its specialised drift mode, which gives the rear axle full clout, reminded us of the potential for tyre-shredding theatrics possessed by the 450kW/850Nm powerhouse. When not tearing up the tarmac sideways, the E63 can hustle to 100km/h in as little as 3.4 seconds!

A spellbinding feat, courtesy of the vaunted 3,982cc, twin-turbocharged motor that makes the contemporary crop of eight-cylinder Mercedes-AMG models so praiseworthy. With imminent downsizing, the longevity of this remarkable power source remains in question. It was a thought that dampened spirits as our series of laps around Zwartkops Raceway in Tshwane drew to an end.

These are ever-changing times indeed.

But the core identity of the E-Class has endured over several decades. And we can bet it will be around for a while longer. Some things just never go out of fashion – like a regal, well-proportioned sedan with a three-pointed star on its prow.

Manufacturers are unlikely to slow their push to satiate the demand that exists for sport-utility vehicles and their related ilk from the crossover ...
Motoring
1 month ago