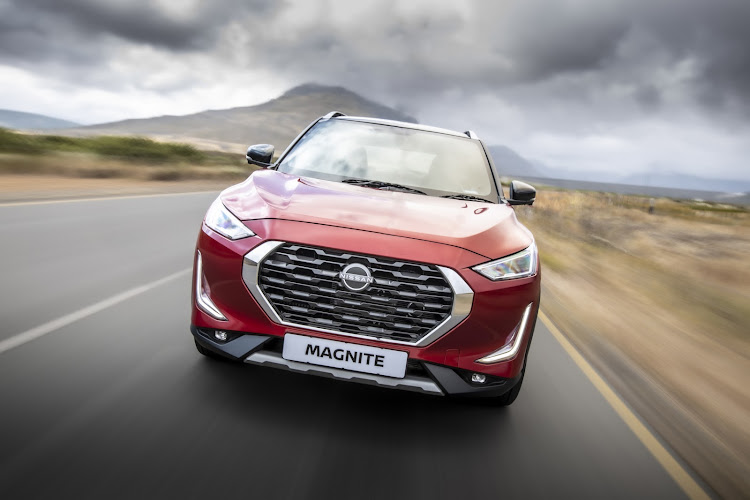 The Magnite is let down by somewhat questionable build quality.
Image: Supplied

It is the year of the Indian-built compact sport-utility vehicle. The Nissan Magnite (pronounced “mag-night”) is the latest in a slew of new entrants to this category, sourced from the Asian country.

At the beginning of 2021, Suzuki launched the Vitara Brezza. Toyota followed soon after with the identical Urban Cruiser, a twin product born from a sharing agreement between the two firms. Kia launched the Sonet earlier this month. And Renault will release its Kiger in the third quarter.

They are united by their sub-four-metre length – in that country of origin, there are tax benefits to producing smaller vehicles, in a bid to alleviate congested roads.

Of course, the body format is relevant to our market too: compact dimensions, elevated ground clearance, affordable pricing and the promise of low running costs are aspects that resonate strongly with all of us.

We drove the Magnite at its official media introduction on Monday. The model has been on sale through the Nissan retail network since the middle of April.

It is not a coincidence that the vehicle resembles the Datsun Go Cross concept from 2015: Magnite was initially destined to be sold under the budget-orientated house brand, a fact that was widely reported. Either way, we can agree that it looks brilliant. 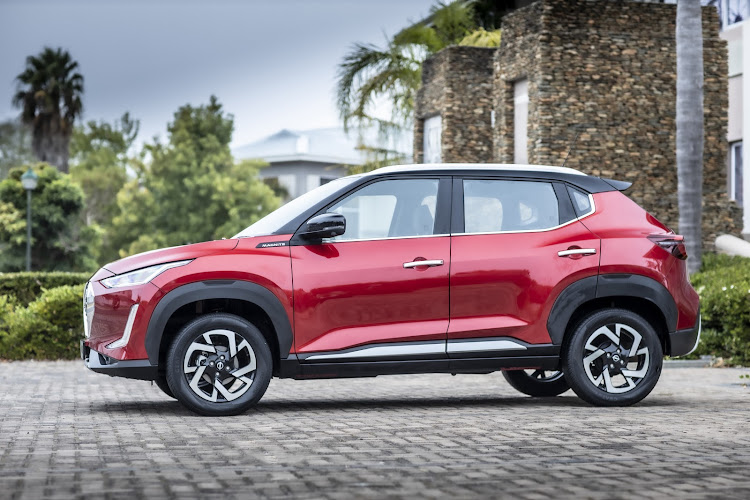 Attractive exterior styling is a highlight of the Magnite package.
Image: Supplied

The Magnite is based on the Renault-Nissan CMF-A+ platform, also used by the Renault Triber and earlier-mentioned, forthcoming Kiger.

That looks like a mathematical equation, but the additional plus sign simply denotes that it is a longer version of the foundation underpinning the Renault Kwid and Datsun redi-Go, which is a shrunken version of the Go, not sold in our market.

On the mention of those two monikers, you might have shuddered, thinking back to their dicey occupant protection credentials. Is the Magnite beset by the same problem? Thankfully not, since ASEAN NCAP gave it a four-star rating after testing it in 2020.

The list of standard modern conveniences is enough to convince any buyer to sign on the dotted line before the test drive. Quite remarkable that, even at this base price point, you get keyless-entry with a push-start button, cruise control, an eight-inch infotainment system, imitation leather cladding for the steering wheel – also featuring the obligatory audio system controls. 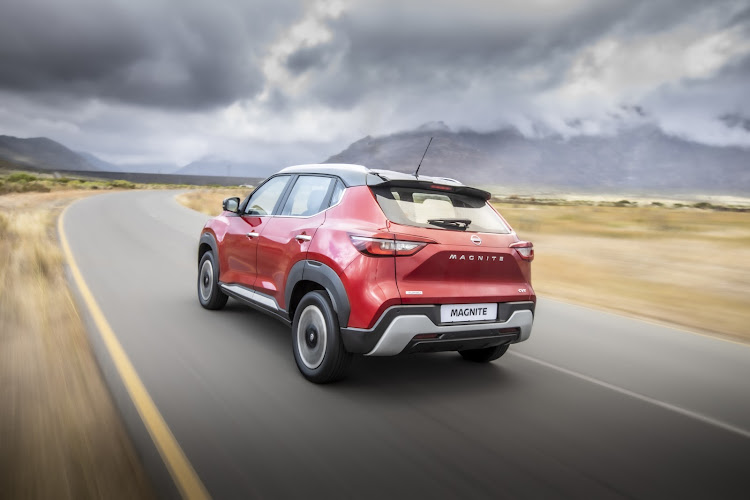 Although it can handle longer trips the Magnite is most at home in the city.
Image: Supplied

Up next on the grade walk is the Acenta Plus, throwing in items like an around-view monitor and LED headlamps instead of halogens.

One engine choice features: a 999cc, three-cylinder petrol with a turbocharger, producing 74kW and 160Nm. That can be had with either a manual transmission (five-speed) or a continuously-variable transmission (CVT) if you prefer two pedals.

We sampled both pairings. But before we talk about driving impressions, a word on perceived quality. While the Magnite is undoubtedly feature rich, you get the distinct impression that there was a smaller budget allocated to the fit and finish aspects of production.

The general feeling is one of flimsiness. A brittle quality to the way buttons depress. An overall sense that it would not wear especially well after five years of ownership. The other cars mentioned above from Suzuki, Toyota and Kia just seem better at disguising the budget persona. 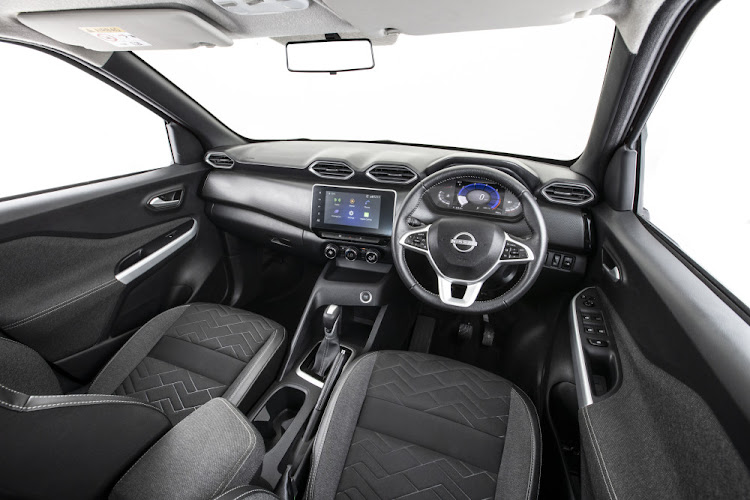 On the road, the boosted motor produces a determined thrum. The steering, while electrically-assisted, had an unexpected weight to it. Tyre roar and wind noise intrude noticeably on the freeway, but around town, the pluckiness of the Magnite stands out. It is certainly happiest in urban settings and has a reasonable footprint for such a tiny tot, with 195/60R16 footwear. Ground clearance of 205mm makes it a viable gravel road tourer.

In the manual, clutch pedal travel is short and the shift has an action that seemed more notchy than slick. But it was undoubtedly more pleasant to finesse than the CVT, which just felt broken and has to be one of the worst examples of the variety. The vehicle drones in pain like an injured mule when you press the accelerator to the floor. Disc brakes are employed at the front axle while drums are on duty at the rear.

Striking looks, exceptional specification and competitive pricing are all on the merits column of the Nissan Magnite. And there is little doubt that it will add a spike to the Nissan sales tally. But that deficiency in the quality department is a real downer.

As far as Citroën is concerned, buyers in the B-segment need to be more colourful. With this in mind the facelifted C3 hatchback now on sale in SA ...
Motoring
1 month ago

Now locally built, the one tonner rides smoother and is easier on the pocket, writes Denis Droppa
Motoring
1 month ago