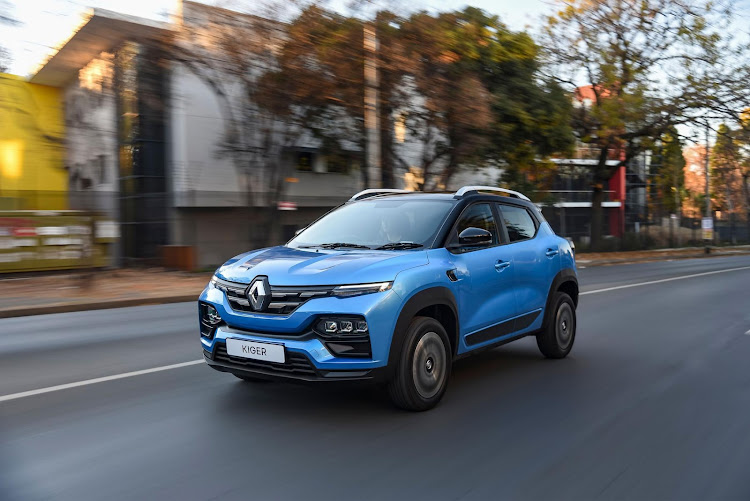 The best thing about the Renault Kiger is its looks – it all goes downhill from there.
Image: Supplied

Before we get to the order of business in the headline, let’s have a moment of silence for the Renault Sandero.

First launched locally in 2009, it was originally built at Nissan’s production facility in Rosslyn, Tshwane. Before this, the last Renault to be produced on local shores was the 5 hatchback in the 1970s.

At introduction, the model had a base price tag of R98,800 (1.4 Authentique) and its makers hoped it would cash in on the budget-sensitive end of the B-segment. A year later the category gained the first generations of Ford’s Figo and Volkswagen’s Polo Vivo.

The hatchback became a hit for Renault. In November 2009 for instance, of the 933 units it recorded, 460 were Sandero models, while 295 were of the Logan sedan variety. The Stepway version of the Sandero followed months after initial introduction, capitalising on the increasingly fashionable crossover niche. The second-generation car came in 2014 and was imported, not locally-made.

Fast forward to 2021 and the Sandero is no longer Renault’s top volume seller — that honour went to the Kwid a while back already. Yes, the Kwid is an undoubted commercial success, but a critical flop, largely thanks to its dodgy safety credentials and tinny feel. Aggressive pricing and sweeteners such as free insurance inveigled first-time buyers who were averse to the pre-owned market where safer, similarly-priced alternatives could be had. 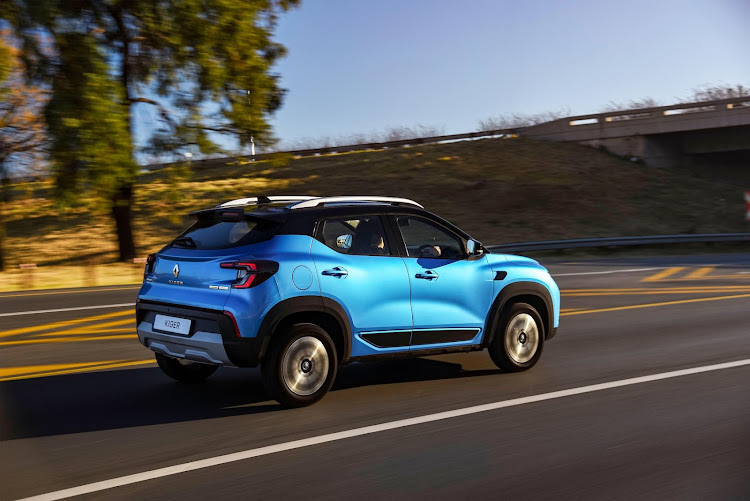 It’s a struggle to get the Kiger to accelerate off the line, let alone keep momentum at 120km/h.
Image: Supplied

Filling the void left by the recently discontinued Sandero is the all-new Kiger, which shares its core identity with the Nissan Magnite that arrived in May. Both vehicles, as well as the seven-seater Triber, are based on the CMF-A+ architecture. Pronounce Kiger like the word tiger, not Tigger, the character from Winnie the Pooh.

It’s difficult to disagree that Renault has nailed the visual execution of the Kiger. From a looks standpoint, it’s a winner, all pumped-up, with a mean face and a snappy side profile accentuated by shiny black accoutrements. To use their tagline, it’s designed to turn heads. That’s the best part about it.

We were expecting it to drive and feel like the Nissan Magnite overall. Plucky, but on the flimsy side, with a hard-wearing interior. The Renault seems even cheaper and flimsier than its fraternal twin.

Let’s begin with the entry-level Life model grade, coming in at an extremely competitive R199,900. It’s got anti-lock brakes, electronic brake-force distribution and two airbags. Higher-grade Zen and Intens (not a typo) versions gain side airbags, while the turbocharged derivatives receive electronic stability control. Renault says the safety kit of their vehicle would be in-line with a three-star Global NCAP rating. It is yet to be tested, but the Nissan Magnite mustered a four-star rating from ASEAN NCAP. 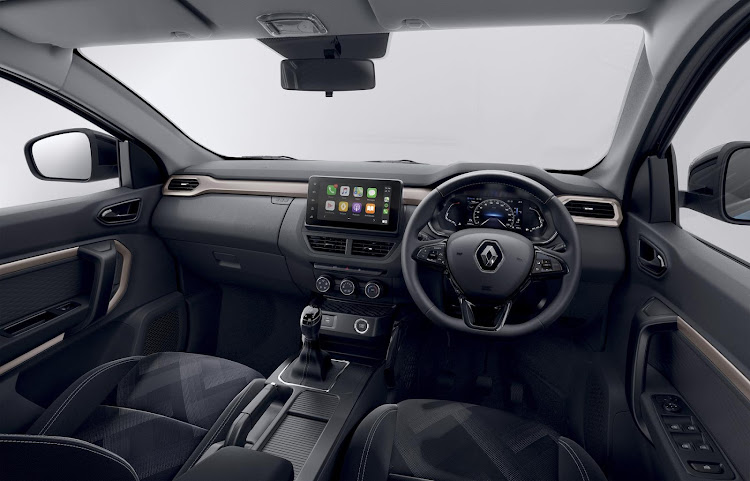 The ambience of the interior is as nasty, although nifty storage spaces abound, with an impressive 405l boot.
Image: Supplied

All models use the same 999cc, three-cylinder motor. Normally-aspirated in the case of the basic Life we started our day with. Tipping the scale at 911kg, you might think 52kW and 96Nm would be reasonable in such an application. You’d be wrong. It’s a struggle to get the Kiger to accelerate off the line, let alone keep momentum at 120km/h. The engine screams in agony, as the bars of the illuminated tachometer light up, one by one, protesting towards redline.

If that doesn’t alarm you, the intrusion of external forces will. Vibrations filter through the steering wheel, as if driving a home-made kart down a paved driveway. The suspension struggles to absorb anything more than gentle speed humps. Tackle undulations or corrugations at higher speeds and it relays the sense that the shocks have reached the end of travel. You’ll experience better damping on one of those cold, metal chairs at traffic department offices. Tread gingerly if you have plans to put the 205mm ground clearance to use on dirt.

The ambience of the interior is as nasty, although nifty storage spaces abound, with an impressive 405l boot. It’s all hard, coarse materials, with plastics that could make a Chery QQ3 blush and seat upholstery seemingly woven from old T-shirt off-cuts. An unmistakably adhesive stench overpowered even the sanitiser sprays used to clean the vehicles between driver swaps.

The turbocharged version brought sentiments up by a few notches, with its sprightly acceleration once on the go. The interval of lag on take-off is significant, but if you’re on the freeway shifting from fifth into fourth, there’s a decent amount of fizz to exploit. 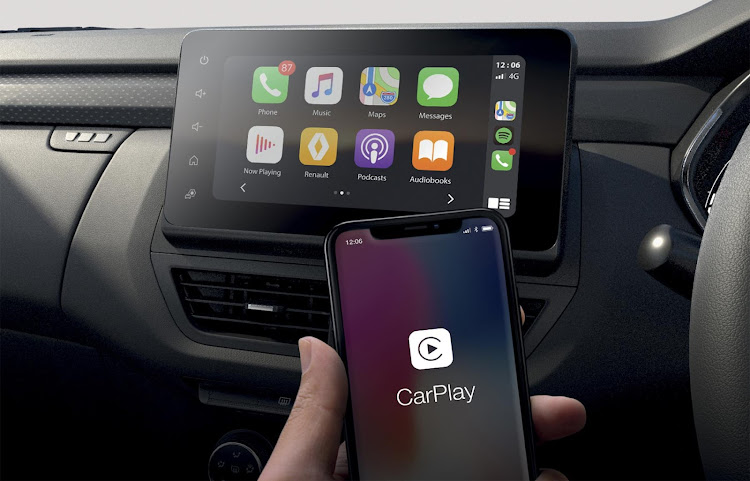 Output here is 74kW and 160Nm. Again, a five-speed manual is the default, but if you wanted two pedals in this case, your pick would be the X-Tronic continuously variable transmission (CVT). Deciding which would be better between the AMT or CVT is akin to deciding which of your thumbs you’d rather lose. Neither, so go for the turbocharged manual if you can help it.

On the plus side, the Kiger does offer a great infotainment system, with an eight-inch touchscreen that scores highly for clarity and ease of operation. It even offers wireless smartphone integration for Apple Car Play and Android Auto.

Pricing tops out at R289,900 for the turbocharged CVT, with the only option being metallic paint for R2,522. A five-year/150,000km warranty is included across the range, as well as service plans. It’s two-year/30,000km in the case of the normally-aspirated engine and three-year/45,000km for the boosted one.

But we really can’t recommend the Kiger in good faith. Not when more endearing alternatives of superior quality exist. Around this price point, below the R300,000 mark, you could have a look at contenders like the Suzuki Vitara Brezza, its doppelganger from Toyota, or the Kia Sonet. Better to drive, more substantial and with interiors that aren’t as brittle. You could and you really should.