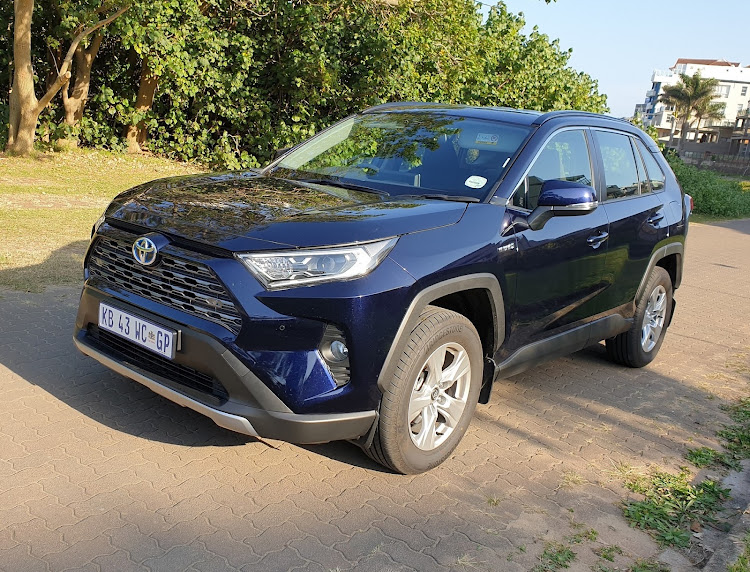 South Africans have been slow to embrace hybrids, with the petrol-electric cars trickling out of showrooms with a pace akin to Eskom fixing our country’s power supply.

Toyota, an early pioneer of the technology with its Prius, is hoping to attract more customers into the hybrid fold with its new petrol-electric Corolla and Rav4 models. The two cars were launched in SA last week, with the Corolla becoming the country’s most affordable hybrid at R419,900, while the Rav4 Hybrid is priced at R555,300, both undercutting the R577,800 Prius that stays on sale.

I took a road trip from Jozi to KwaZulu-Natal in the new Rav4 Hybrid, which has a normally aspirated 2.5l petrol engine mated with an electric motor for a total output of 160kW. The engine’s 221Nm is supplemented by 202Nm from the electric motor, and that’s a healthy dose of torque. It makes for a pleasantly punchy car that sprints off with a lively, lag-free feel, and cruises easily. 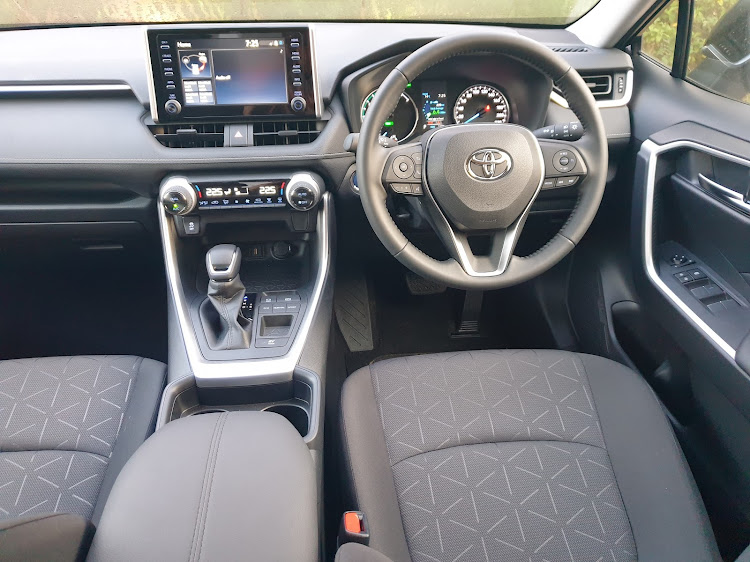 It has a small battery that is charged by energy regenerated from the engine, and the car offers a limited electric-only range when driven with a very light foot. The transition between petrol and electric power is almost imperceptible. There’s no jolt; just a change in sound as the engine chimes in and out, making for a smooth power delivery.

We’ve encountered some annoying continuously variable transmissions (CVTs) but this isn’t one of them. It has simulated gearshifts to make it feel like a regular automatic, and doesn’t drone away like some of its ilk.

It’s a smooth-driving car whose high-profile tyres make for a cushy ride. It’s solidly built and has a sturdy, rattle-free feel. For an SUV, it feels perky through the cut-and-thrust of corners too.

The test car fell short of Toyota’s optimistic 4.7l/100km claim, but its 6.4l/100km was still impressively frugal for a midsized SUV. Interestingly, the fuel consumption stayed the same whether cruising on freeways or stop-start urban driving, compared with non-hybrid cars, which tend to be thirstier around town than on open roads. An animated power flow meter on the infotainment screen shows how the petrol and electric energy is being managed in real time, and it became somewhat addictive to see how long I could keep it in pure electric mode.

The Rav4 started life in 1994 as a cute, tonka-toy-like SUV but has grown considerably over the years. At 4.6m in length, it’s one of the largest medium SUVs in a segment that includes the Mazda CX-5, Honda CR-V, Opel Grandland X, Peugeot 3008 and Hyundai Tucson. It is very spacious inside, and family practicality is further served by a large boot with a low sill that makes easy work of loading and has a full-sized spare wheel. 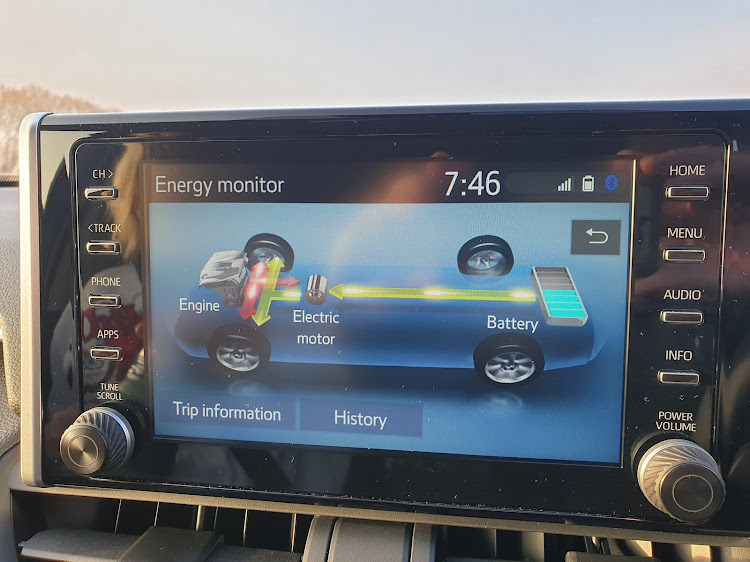 An energy monitor shows how the power is being generated in real time. Picture: DENIS DROPPA

The Rav4 Hybrid is available as a single model with front-wheel drive and mid-tier GX spec. This means cloth upholstery and manually adjustable front seats instead of the electric, leather-clad versions of higher-specced Rav4s. Also absent from the GX are high-end features such as wireless smartphone charging, active cruise control or blind spot monitors.

Still, it’s a premium-looking cabin with a soft-touch dashboard and metallic styling garnishes, and it has all the important comfort features including keyless entry and starting, cruise control, a reversing camera and climate control.

Along with a lot of space, rear-seat passengers are well taken care of with a centre armrest incorporating a pair of cupholders, rear air vents, and two USB ports for charging mobile devices.

Another duet of USB ports up front ensures there will be no family squabbling over smartphone charging. These front ports provide an interface for both Android Auto and Apple CarPlay users to the touchscreen infotainment system.

In a recent survey Toyota found that an increasing number of its customers would consider a hybrid or electric car, and by 2030 such cars will comprise 40% of its line-up in SA.

The petrol-electric Rav4 is a likable all-rounder that might make a sufficient impact on those figures. It’s a decently specced and relatively affordable midsized SUV, and is a punchy performer that won’t slurp you into poverty with its fuel thirst.

Filling the void left by the recently discontinued Sandero is the all-new Kiger, which shares its core identity with the Nissan Magnite that arrived ...
Motoring
11 months ago

FIRST DRIVE | The 2021 Toyota GR Yaris is worth every cent

Is the new Toyota GR Yaris Rally worth its R715,600 price tag? Many say you would have to be mad to spend that kind of money on a Yaris. I’m here to ...
Motoring
11 months ago

It's been well over a week since I was handed the key to the Toyota Prius. And in this time I've already done a fair amount of travelling in it. ...
Motoring
1 year ago