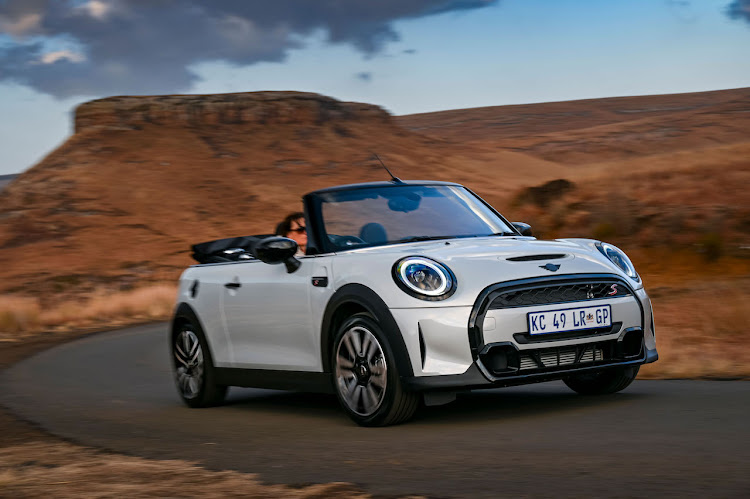 The 2021 Mini has opted for a black circular beard.
Image: Supplied

Mini has evolved dramatically since its acquisition by BMW Group just before the turn of the millennium. While the traditional three-door format served the brand well in its rebirth, the creation of additional variants enabled it to pander to a wider audience with different priorities.

It was a move that paid off, if arguably at the expense of certain brand values that were associated with the original forebear. Take size, for example. Even the smallest offering to wear the Mini logo in the current range is hardly described as dainty. Last week we attended the launch of the updated Hatch range. 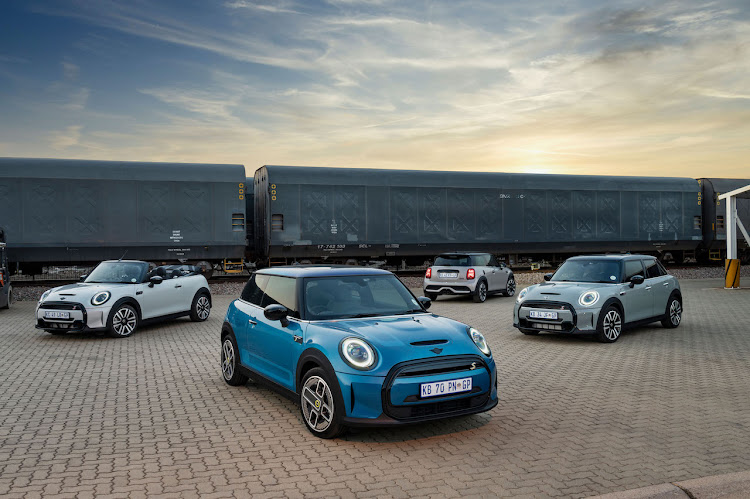 Tweaks have been rolled out to the three-door, five-door and drop-top versions.
Image: Supplied

Tweaks have been rolled out to the three-door, five-door and drop-top versions. Prospective buyers can take delight in the standardisation of LED headlights, while the distinctive Union Jack design for the rear lights is also part of the deal. A clever manipulation of facial hair as a technique to change style is nothing new. A goatee, for example, does a masterful job of disguising a double-chin (speaking from experience). And who can argue with the suaveness afforded by a well-pruned moustache? The 2021 Mini seems to have opted for a black circle beard.

The brand is also offering a multi-tone roof, whose colour is graded differently from rear to front, thanks to a special painting technique. There are also three new body shades to pick from, including a Zesty Yellow to complement the conventional Rooftop Grey and Island Blue. And you now have a choice of three further alloy wheel designs. 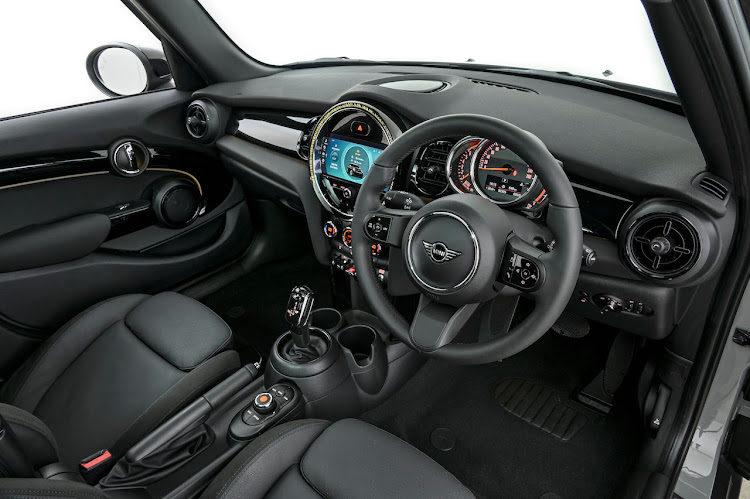 A classy chequered upholstery option features inside, with a fascia incorporating more chrome and redesigned vents. Worry not, if you loved the circle-intensive theme of before, because that remains unchanged. The steering wheel has been subtly redesigned. Well, perhaps we should say reconfigured, like when you shuffle the sofa and table around in your apartment.

An excerpt from the release says that a new structure for the keypads optimises operation of the audio and telephone functions, voice control and driver assistance systems. Never had a problem with the former layout, truth be told. Engine choices remain as before. You still get a 1.5-litre, three-cylinder, turbocharged-petrol in two states of tune, or a boosted 2.0-litre with four cylinders in the S model. 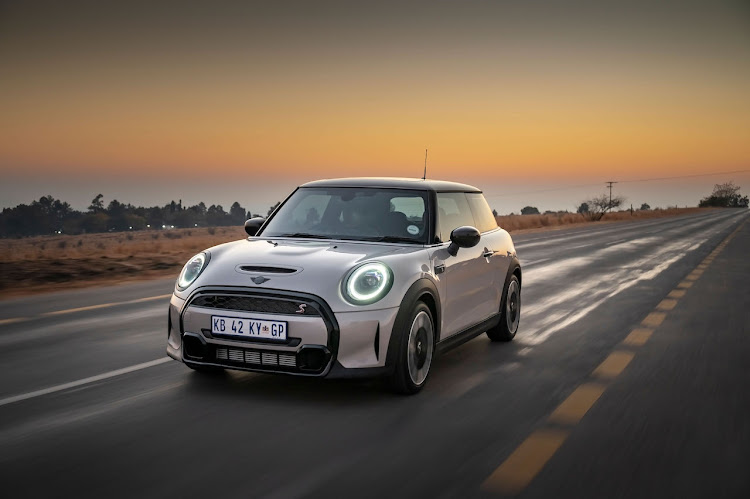 Prospective buyers can take delight in the standardisation of LED headlights.
Image: Supplied

First we had a go in the Cooper five-door (100kW/220Nm). It has a hefty, assuring on-road feel and a responsive steering, inspiring confidence around town and on the freeway. In the latter setting it cruises comfortably at the limit, with a fair amount of poke for overtaking. A pleasant thing to pilot overall. Its seven-speed, dual-clutch automatic swaps cogs so smoothly, you would struggle to tell unless you were paying close attention.

Next up, a go in the Cooper S. It uses the same gearbox, which can be specified with mapping slanted towards sportier driving, replete with steering-mounted shift paddles. The output is 141kW/280Nm, which is enough to hustle to 100km/h in 6.7 seconds and certainly, enough to get the front wheels to squirm off the line. It emits a determined growl as it goes. But one struggles to describe it as overtly athletic. This is a weighty, luxurious small car that happens to be brisk. 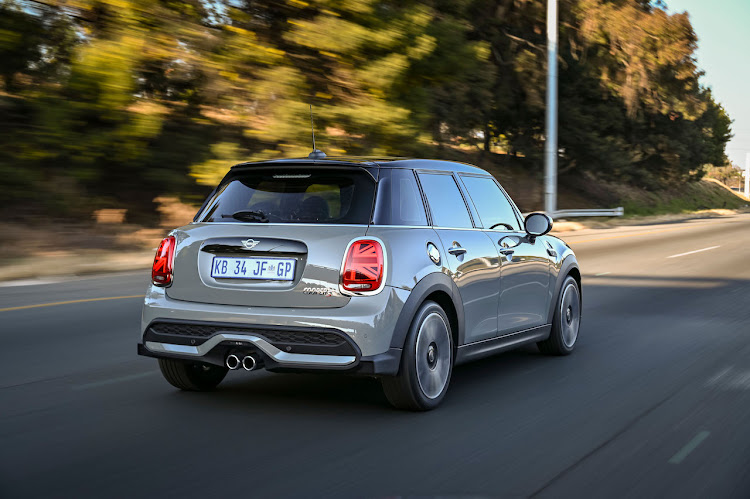 But if you wanted to blow a bit more, take a look at the electrified Cooper SE, starting at R658,000. We reported on the model after driving it at initial introduction last year and praised its performance, but bemoaned a limited range – and high asking price.

South Africans have been slow to embrace hybrids, with the petrol-electric cars trickling out of showrooms with a pace akin to Eskom fixing our ...
Motoring
8 months ago

Filling the void left by the recently discontinued Sandero is the all-new Kiger, which shares its core identity with the Nissan Magnite that arrived ...
Motoring
8 months ago