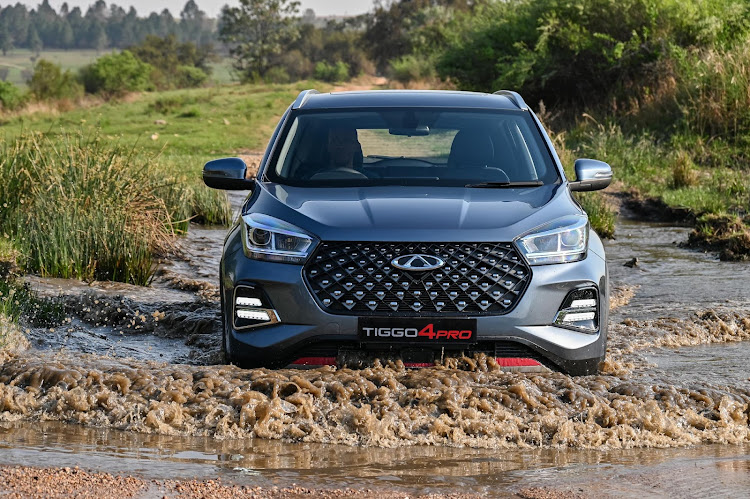 The Chery Tiggo 4 Pro is going up against the likes of the Kia Sonet, Volkswagen T-Cross, Toyota Urban Cruiser and Suzuki Vitara Brezza.
Image: Supplied

Haval has proven Chinese carmakers are able to compete with more established mainstream players on the SA scene.

Since the brand introduced the H2 in 2017, it grew in strength and reach, launching a formidable assault with entrants such as the Jolion and H6 earlier this year, accounting for commendable sales volumes.

No easy feat in a country where brand allegiances are fierce, but the automaker has earned its share through products that are priced keenly, equipped generously, in addition to boasting up-to-date styling and quality levels we never used to associated with offerings hailing from China.

Fellow compatriot Chery hopes to achieve similar success in the country, with efforts in place to launch their return to market. Their three-product offensive, all pandering to the sport-utility vehicle category, is centred around the Tiggo nameplate. But these vehicles have absolutely nothing to do with the Tiggo you might remember from before. That was a nasty thing, with styling blatantly cribbed from a second generation Toyota RAV4 and interior plastics from an aisle at the local Crazy Store. 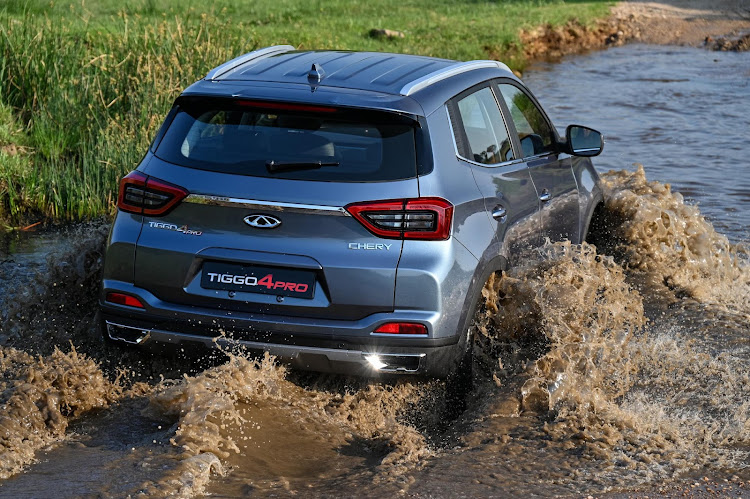 Maybe you remember other screamers like the QQ3 hatchback, infamous for its woeful safety credentials, after earning a zero-star rating when Global NCAP crashed it in 2017. Or how about the uninspiring J2 hatchback? Which they attempted to make more appealing by introducing a so-called Swag limited-edition, which offered very little in the way of extra street credibility.

Thankfully, the reinvented Chery line-up is far more enticing. First up is the Tiggo 4 Pro, a compact sport-utility vehicle aiming to play in the B-segment arena. Then you have the Tiggo 7 Pro, which is along the dimensional lines of a Volkswagen Tiguan or Peugeot 3008. Headlining the range is the flagship Tiggo 8, offering an upmarket spin to affairs.

At the Gerotek testing facility in Tshwane, we had an introduction to the compact Tiggo 4 Pro on Monday, which included a driving session on skidpan and over the challenging mountainside circuit at the venue. This was not an official launch per se. Rather, the manufacturer created an opportunity to sample the vehicle ahead of introduction, picking our minds afterwards for feedback. 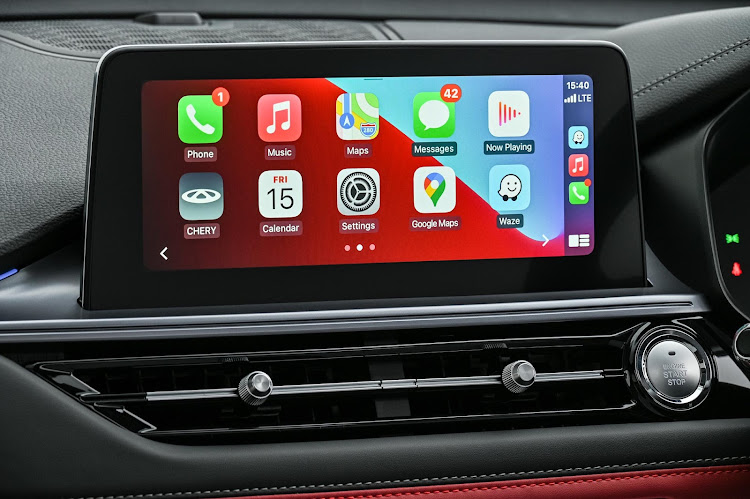 Visually, the 4 Pro is far from unattractive. It seems instantly familiar from most angles, because many of the cues seem to have been lifted from certain contemporaries — and the overall execution is not bad at all. You spot elements of early Hyundai Creta in the mix, third generation Ford Kuga flavours can be seen in the front, mingling with a side window profile that oozes Volkswagen T-Cross and a backside that speaks aspects of Kia. A mishmash of inspirations but one that results in an appearance that is surprisingly cohesive.

Chery said it is eyeing alternatives like the Kia Sonet, the earlier-mentioned Volkswagen, Toyota Urban Cruiser and Suzuki Vitara Brezza as intended rivals. Add the Renault Kiger and Nissan Magnite to that list. One executive said the Haval Jolion would be on its radar too. Just like the Jolion, it has an interior that raises the bar for price-sensitive Chinese automobiles in a radical fashion.

The centre console approach imitates the layout of high-end Audi models, while the touchpad-operated climate controls are a futuristic, premium-class touch. Then there is the calibre of materials used, swanky metal inlays and squishy surfaces with a textured grain, aspiring to a near-premium level. Premium class can also be used to describe the infotainment system, with its high-resolution display that some competitors could take a page from. There are some novel party pieces to be had as well.

“Hey Chery” summons your very own in-car assistant, which politely complies with requests that include opening and closing the sunroof, adjusting the temperature of the vehicle or selecting audio tracks. Yes, there were instances where the aide ignored on the first call, requiring that we said “Hey Chery” in a sterner voice. Our test drive was limited to the high-grade Elite version, which appeared to be jam-packed with all the amenities any discerning buyer would want in 2021. Leatherette upholstery (same for the chunky three-spoke steering wheel), an electrically-adjustable driver’s seat, keyless-entry (and start), a digital instrument cluster, selectable driving modes and the full complement of passive and active safety features. 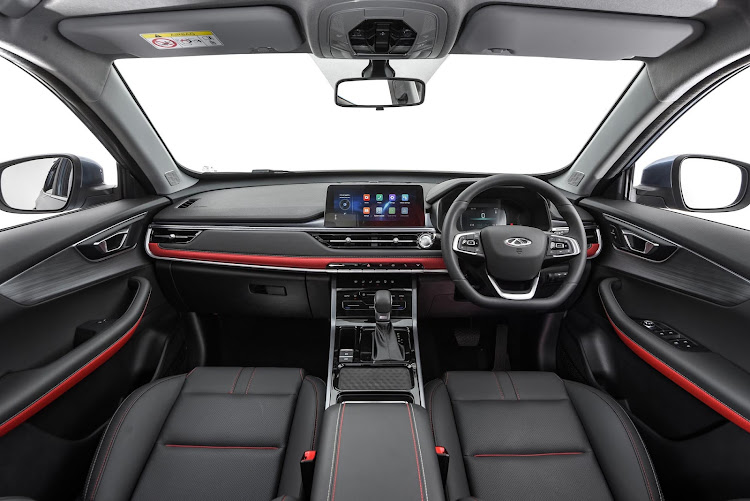 The centre console approach imitates the layout of high-end Audi models, while the touchpad-operated climate controls are a futuristic, premium-class touch.
Image: Supplied

Although we never had the chance to test stability, composure and road noise intrusion at freeway speeds, our evaluation session left us, at the very least, with an impression of good potential. Over the coarse cement surfaces of the handling track we used, it seemed to ride with fair comfort, with a light but direct steering and front axle that kept vibrations well at bay. Sports car brand Lotus lent a hand in tuning the rear suspension. We also tackled off-road obstacles that were a bit more challenging than what vehicles in this category might usually see. And nobody managed to get the front-wheel drive 4 Pro stuck.

The motor, a 1.5-litre, four-cylinder turbocharged-petrol exhibited lag — but no more or less characteristic of what else can be experienced in the category. There was a fair bit of noise, however. It is coupled with a continuously-variable transmission (CVT) which adjusted ratios in an acceptable manner, though a six-speed manual is offered. This engine produces 108kW and 210Nm and a normally-aspirated version will serve up 85kW and 141Nm, coupled with a five-speed manual or the CVT.

An official brand launch is imminent and Chery has more than 30 dealers ready to commence sales. Pricing for the entire range is yet to be confirmed, and this will be the ticket to their fortunes. But from this brief interaction with the 4 Pro, it is certain Chery is a player we ought not to underestimate.

Kia is readying an all-new Sportage to take on the likes of the Toyota Rav4, Hyundai Tucson, Mazda 5 and a throng of other medium SUVs. The new ...
Motoring
7 months ago