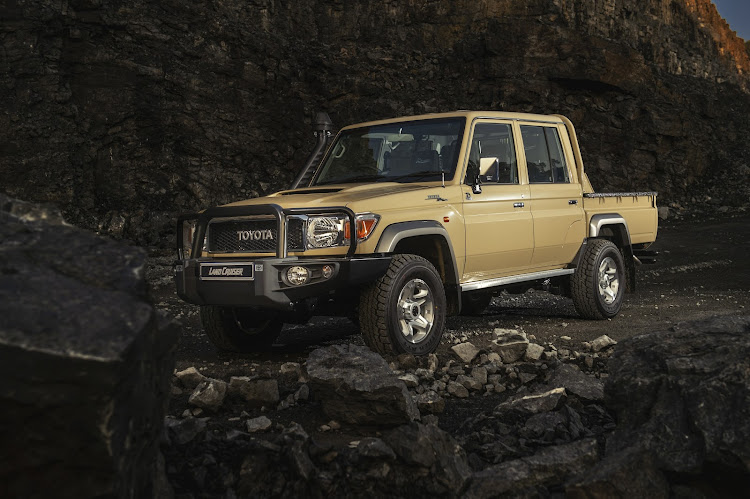 In 2021 the Toyota Land Cruiser celebrated its 70th birthday. It debuted back in 1951 as the Toyota Jeep BJ.

One look and touch of the modern day interpretation with its large and knobbly tyres and hard steel body should be enough to tip you off that the Land Cruiser 70 series is not for the faint-hearted when it comes off-road usage.

It can be had in variants which include the 76 Station Wagon, 78 Wagon and 79 bakkie derivatives, all powered by the same gruff and tough six- and eight-cylinder engines with a switchable four-wheel drive system that features low-range gearing and diff-locks for extreme off-road use.

On the outside the 70th Anniversary model is distinguished through a heritage-inspired mesh radiator grille with prominent Toyota lettering instead of the Toyota ellipse, a heritage logo and 70th Anniversary emblem on the side door.

Inside the utilitarian cabin it gets grey seat covers with 70th Anniversary embroidery, Land Cruiser branded floor mats and a touchscreen audio system with navigation and Bluetooth.

And since the Land Cruiser remains the ultimate workhorse, even in its party suit it gets a tubular front steel bumper, integrated winch preparation and inner load-bed protection. The 70th Anniversary model is offered exclusively in Ivory White and Sand Beige.

On tarmac the Land Cruiser 79 is a bit of lamb, slow and compliant enough in a straight line with a touch of wallow on corners. On gravel it’s a bit of a brute, with surface imperfections registering properly through your torso. It’s also manual-only but thankfully the gear lever and clutch are civilised. It’s more at home in deeply inhospitable terrain where passage is a priority above comfort. 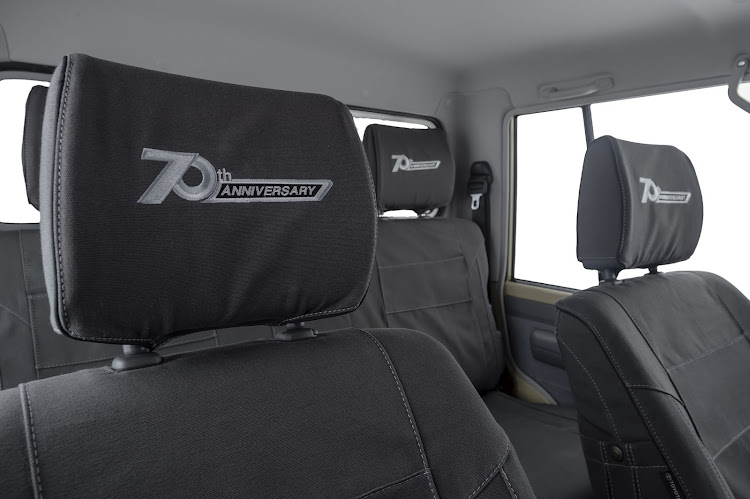 If you want some refinement added, Toyota also had examples of the new Land Cruiser 300 GX-R model on hand at last week’s launch.

At R1,283,200 this is the entry-level derivative of the brand’s new-generation flagship SUV, and in all likelihood this will be the top seller of the range.

The GX-R is available with two textile interior trims, Black or Neutral Beige, and it is dressed down with a distinctive black grille and a simpler alloy wheel style shod with practical high-profile rubber.

It’s a keyless entry into the cavernous cabin that features lush velour covering on seats which is reminiscent of 80s and 90s Toyotas, and it’s the one suited to overland expeditions 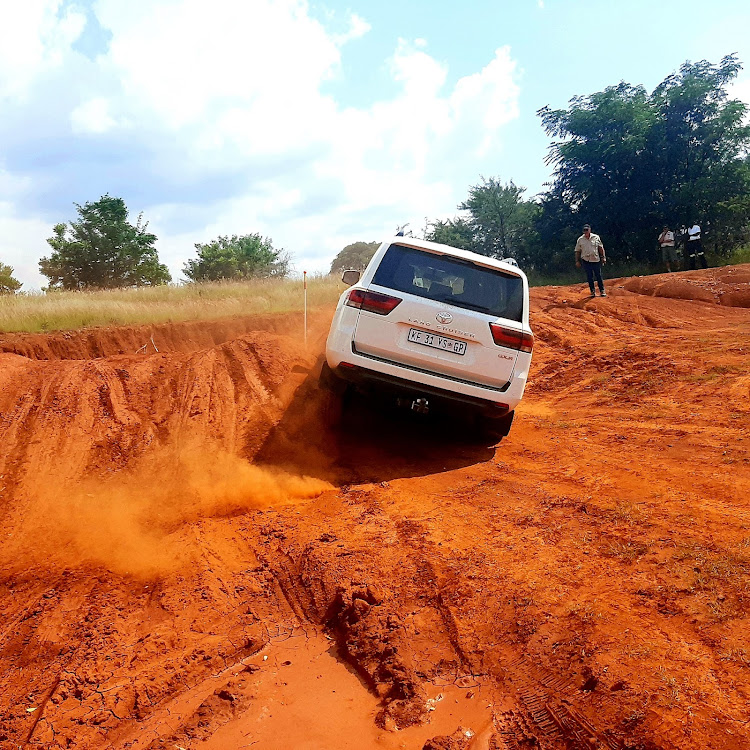 It may be the entry-model but nothing fazes the Land Cruiser 300 GX-R. Picture: PHUTI MPYANE

The GX-R model is powered by a 3.3l V6 diesel with 225kW and 700 Nm and a 10-speed automatic transmission. Integrated with truly sumptuous but heavy duty damping, the engine is a good match for cruising on the roads and for scaling mountains or 4x4 challenges.

Towards the end of 2021 Hyundai launched its Staria, the large multi-purpose vehicle that replaced the H1. A more utilitarian Multicab version has ...
Motoring
3 months ago