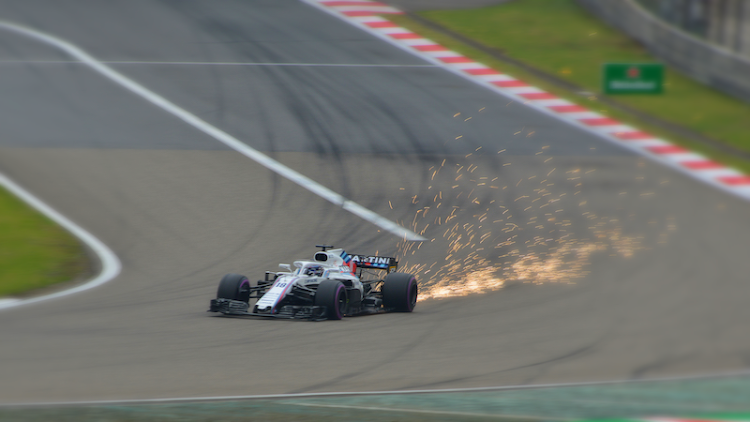 Lance Stroll during qualifying for the 2018 Chinese Grand Prix

Williams driver Lance Stroll defined his Formula One season as a "survival year" on Thursday and said the team had shown no improvement since the opening race in Australia.

The 20-year-old Canadian has two more races with the former champions, now languishing at the bottom of the constructors' standings, before an expected move to the Force India team owned since August by his billionaire father Lawrence.

Williams have scored just seven points in 19 races, six of them thanks to Stroll who is also the youngest on the starting grid.

"The car just hasn’t been there so we’ve just been surviving every weekend rather than actually competing," the driver told reporters at the Brazilian Grand Prix.

"We’ve just been on the back foot throughout the whole year. We haven’t really developed the car at all since Australia (in March), I don’t think we’ve really improved the car at all. It’s been a survival year, that’s all I can say."

Circuits such as Silverstone, Spa and Monza are not infallible
Motoring
3 years ago

Williams, fifth last season but without a win since 2012, use the same engine as champions Mercedes but lost their way on the aerodynamic side with a problem they have been unable to do much about.

At the same time, Ferrari-powered Sauber – last overall in 2017 with a year-old engine – have become much more competitive with an up to date power unit and have lifted themselves to eighth with 36 points.

"It’s been tough to see some of our competitors early on, like Sauber for example who were neck and neck with us at the beginning, make big steps in the right direction, compared to us," said Stroll.

The Canadian, whose current team mate is Russian Sergey Sirotkin, said he had still matured as a driver in his second full season and "absorbed a lot of information".

"As a driver, you have to accept that some years are more challenging than others and that's part of the game," he added.

Williams have so far confirmed only one driver for 2019, Britain's Formula Two leader George Russell.