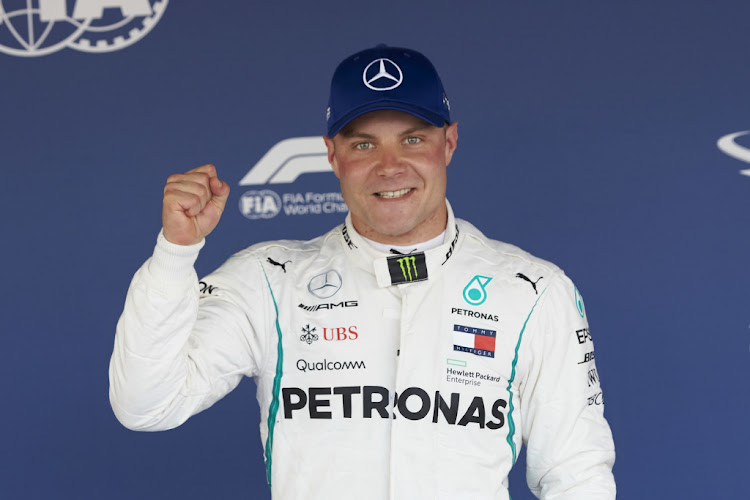 Valtteri Bottas had hoped victory in Abu Dhabi a year ago would set him up for a season of success but, 20 races on and despite his Mercedes team again scooping both Formula One titles, it remains his last win.

The 29-year-old Finn has one last chance to avoid a season's blank, a rarity when driving a title-winning car, and travels to the Yas Marina circuit next week ready to start over with 2019 in mind.

"It is possible," he told Reuters, at a factory celebration of Mercedes' fifth successive title double and team mate Lewis Hamilton's fifth drivers' crown, when asked whether he could repeat last year's triple of pole, win and fastest lap.

"Last year I had a strong weekend there, so definitely it is possible.

"Obviously the field is now closer than last year but my only target for the weekend is going to be pole and win so I am going to be trying everything I can to do that.

"It will make the winter break a bit nicer."

Hamilton had to settle for second in Abu Dhabi last year, denied his 10th win of the campaign but with the title already secure.

This time he has already won 10 times in 2018 – his average over the past five seasons – and clinched the title early again.

Bottas meanwhile has been unlucky and loyal, denied by a puncture three laps from the end while leading in Azerbaijan last April and obeying team orders in Russia in September to let Hamilton past after starting on pole.

He is not expecting any special favours now, even with the titles won.

"He deserves a win, but he's got to go and win it," said Mercedes team boss Toto Wolff. "He has the capability to do so."

Bottas said he accepted the early season setbacks as part of the sport.

"I know that I have it in me and the last few races have been tough. I’ve been definitely missing those successful moments," he said. 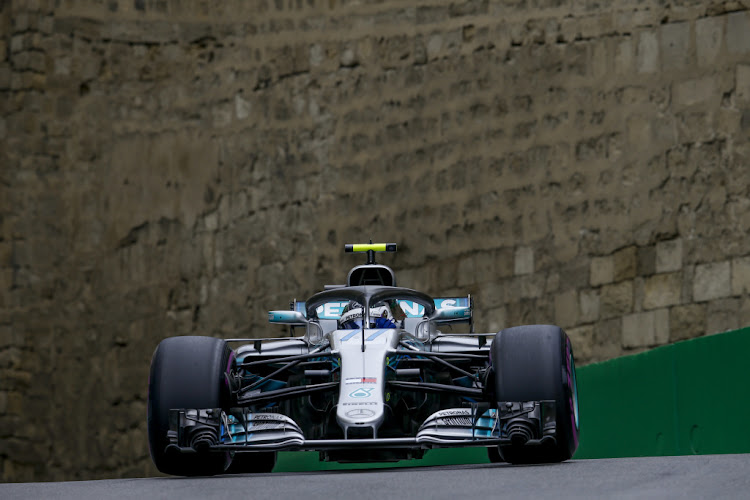 Valtteri Bottas was unlucky at the Azerbaijan GP after a puncture robbed him of victory three laps from the end of the race
Image: Daimler

"I miss that feeling, and I know that once I get some good results under me again then it’s going to go in a better direction. So I'm really looking forward to next year."

The nightmare of Baku, he said, had been consigned to the recesses of his mind.

"Now I can laugh about it, honestly," he smiled. "But at that point it was a pretty tough moment."

The last team mate of a champion to go through a whole season without winning a race was Australian Mark Webber, alongside Sebastian Vettel at Red Bull in 2013 – before the start of the V6 turbo hybrid era.

Before that, the same happened to Brazilian Rubens Barrichello at Ferrari alongside Michael Schumacher in 2001 while the great German's several team mates at Benetton in 1994 also drew a blank.

Gerhard Berger suffered the same fate against triple champion Ayrton Senna at McLaren in 1990, and Keke Rosberg alongside Alain Prost at the same team in 1986.

Hamilton said after winning his title in Mexico last month that he and Bottas were "the greatest partnership in terms of respect and teamwork from drivers that has ever existed in Formula One probably."

Bottas smiled at the suggestion: "It’s quite a big statement.

"I only know a couple of team mates I’ve had before but I’ve never had this kind of dynamic team," he added.

"I feel we’ve been able to work as a team really well and we’ve been trying to really maximise the points for the team in every single race. I think we succeeded in that."

Williams driver Lance Stroll defined his Formula One season as a "survival year" on Thursday and said the team had shown no improvement since the ...
Motoring
3 years ago