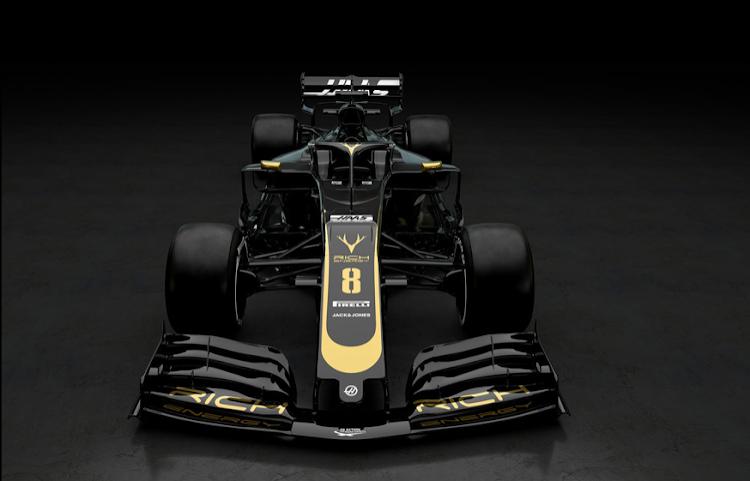 The Haas Formula One team transformed their old grey livery into a sleek black and gold look at a launch on Thursday while a new, if little-known, energy drink title sponsor talked about taking on Red Bull.

The U.S.-owned outfit have signed a deal with British-based Rich Energy, a startup depicted by entrepreneur front man William Storey as a David ready to take on the Goliath of the industry.

"We are looking forward to taking on Red Bull, on and off the track," said Storey after the covers came off the team's rebranded car in the grand foyer of London's exclusive Royal Automobile Club.

"I'm full of admiration for Red Bull, they're a very good business, but we feel we've got a compelling proposition, a better brand.

"And now we feel going toe-to-toe with them in Formula One gives us a narrative and a wider platform to really grow," he told Reuters.

Haas entered the sport in 2016 and have yet to score a podium finish. No financial figures have been given for the Rich partnership.

The new livery revived memories of now-defunct Lotus teams that also raced in black and gold.

Haas's experienced French driver Romain Grosjean, who raced and stood on the podium for the most recent Lotus team, welcomed the new paint job.

"I love those colours, they are very iconic in motorsport," he told Reuters.

"Let's hope we're not bankrupt when we stand on the podium," he joked. "That was an interesting time... I think with Haas and Rich Energy we're in a different league in that aspect."

Rich Energy tried to buy Force India, to some scepticism from F1 insiders, when that team went into administration last year and were also in talks with struggling former champions Williams.

If cans of the drink have been hard to find, Storey shrugged off those who questioned the company's fundamentals. He said Rich had a presence in 43 countries and had recently sold 90 million cans.

"For a drink that (supposedly) doesn't exist, that's quite an interesting statistic," he said.

The bearded businessman said David Sullivan, the billionaire co-owner of Premier League club West Ham United, was one of seven backers but in a personal capacity.

He said the involvement in Formula One was a long-term project with significant expenditure and institutional investors.

"David Sullivan is a shareholder of the business," he said. "But in terms of the people that we've got behind us, one of the conditions really is that they wanted a bit of anonymity. I built this, I'm sort of the face of the business."

Racing Point, successors to defunct Force India, will continue to race in Formula One under that team name this season after the official entry list ...
Motoring
3 years ago