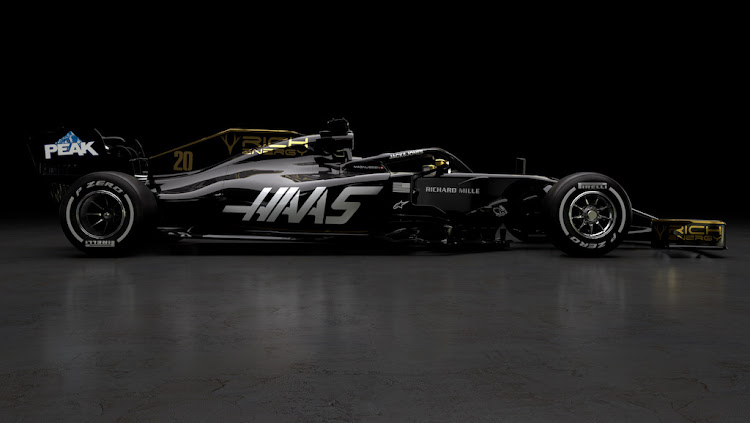 Haas drivers Romain Grosjean and Kevin Magnussen welcomed the ambition of their Formula One team's new energy drink sponsor in targeting Red Bull on Thursday but recognised the podium was still likely to be a long way off this season.

The gulf between the sport's top three – champions Mercedes, Ferrari and Red Bull – and the rest has become embarrassing.

Only once last year, and again once the season before that, did a driver from a team outside the top three appear on the podium and both of those races involved some freak circumstances.

Red Bull finished third overall in 2018 while Haas were fifth, behind Renault.

William Storey, boss of new title sponsor Rich Energy, told reporters at a livery launch that he hoped to challenge Red Bull on and off the track.

Grosjean, who has stood on the podium in the past as a Renault and Lotus driver, said fighting for fourth was the more logical step – at least until the rules change in 2021.

"The top three teams are going to be the same ones," the Frenchman told Reuters.

"At the moment it feels like we’re doing a 100 metres race but some people are already starting 40 metres into the race, so no chance really to compete with them."

Magnussen, who started his career at McLaren with a surprise second place on his debut in Australia in 2014 – a result that once-great team has not exceeded since – sounded more optimistic.

"It’s great to see that there is this massive ambition. We share that completely," he told Reuters.

"I doubt that we will be serious contenders for podium positions straight away... but last year we finished P4, P5 a couple of times, so it doesn't take a lot.

"Not a lot more has to happen and you're on the podium," he added. "That’s the thing with Formula One; you never really know."

Red Bull have switched to Honda engines from Renault this season, with a question mark over performance and reliability while Haas have a Ferrari power unit in the back of their car.

"The pressure gets higher if you have a title sponsor on board because you have got accountability to it, but we can deal with that," he said.

Haas, who have a close technical partnership with Ferrari, made their debut in 2016 and have made good progress after ending their first two seasons in eighth place.

"We wanted to get up there with the competitive teams, and now we need to hold onto it," said the Dane. "And holding onto it means that you need to improve."

The Haas Formula One team transformed their old grey livery into a sleek black and gold look at a launch on Thursday while a new, if little-known, ...
Motoring
3 years ago