Ferrari may be half a second ahead, says Hamilton 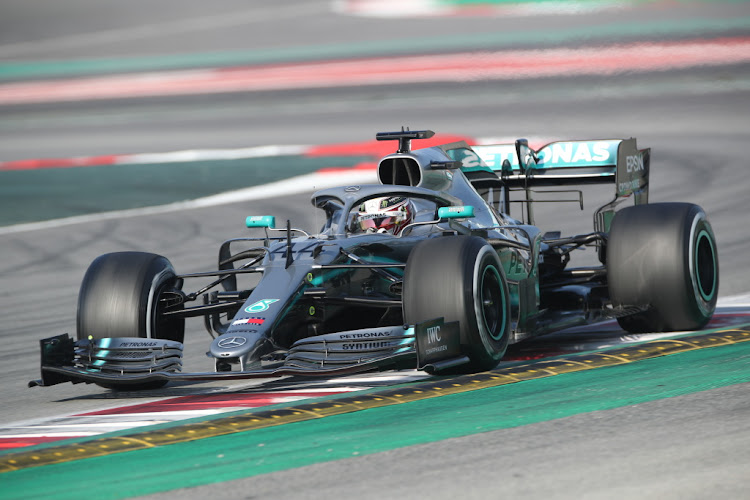 Ferrari could be half a second quicker than Formula One champions Mercedes, Lewis Hamilton said on Friday as Sebastian Vettel set the fastest time so far on the last day of pre-season testing.

The Briton, who has won four of his five titles with Mercedes since joining from McLaren at the end of 2012, told reporters at the Circuit de Catalunya that he faced a tough challenge.

"I think the gap is potentially half a second, something like that," said Hamilton.

Vettel's best lap for Ferrari before lunchtime was the fastest time from eight days of testing – a lap of one minute 16.221 seconds on the softest C5 tyres.

That was one hundredth quicker than teammate Charles Leclerc's previous best of 1:16.231 on Thursday.

The season starts in Australia on 17 March.

Hamilton's Finnish team mate Valtteri Bottas was second fastest on Friday morning with a time of 1:16.561 – also on the C5 rubber and the first time Mercedes had targeted a truly quick time after days of going through their programmes.

"This is going to be the toughest battle yet...their (Ferrari's) pace is very good at the moment," said Hamilton, winner of 11 races last year to Vettel's five.

"Last year they arrived with a car working well but they have done even better this year. It’s OK. We don’t mind the challenge, it just means we have to work harder. I’m not worried or disappointed or anything."

Vettel won the first two races of the season last year, with many people including Mercedes reckoning the German had the fastest car.

Ferrari's bid for a first title in a decade unravelled in the second part of the campaign, however, with mistakes by both Vettel and the team.

They have since changed the lineup, with Leclerc replacing 2007 world champion Kimi Raikkonen, and Mattia Binotto has taken over from Maurizio Arrivabene as principal.

Mercedes have been putting in plenty of laps and sounded more positive on Thursday when both Hamilton and Bottas did full race distances.

"Hopefully from this week we will gain another 0.1 seconds from our understanding of the car," commented Hamilton.

"But we don't know because everyone has different engine modes and fuel loads. Melbourne will be the first time we get a sight of it and then it will be four races before we really know where we stand."

By lunchtime, Vettel had done 68 laps to Bottas's 71. Frenchman Romain Grosjean, in the Haas, did 73.

Russian Daniil Kvyat, in the Honda-powered Toro Rosso, was third fastest in 1:16.898.

Red Bull's Max Verstappen did a mere 29 laps after his mechanics had worked through the night to finish repairs to the car after teammate Pierre Gasly's crash on Thursday.

Payments from Liberty to F1 teams slid further in 2018

Alonso to test for McLaren F1 team in ambassador role