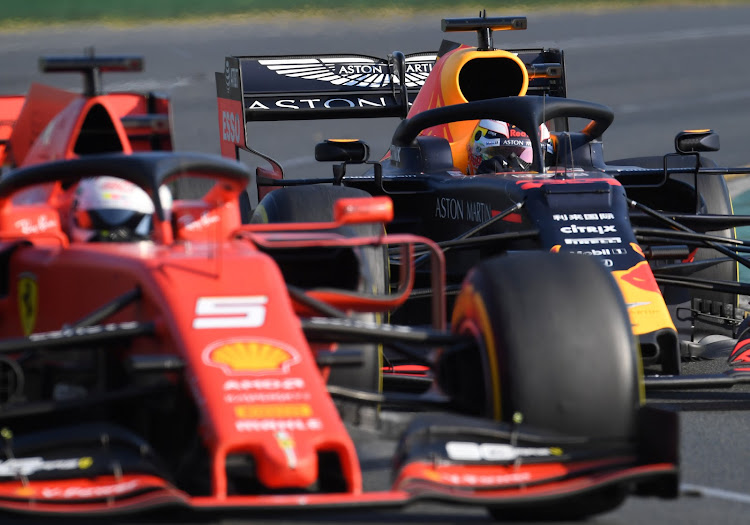 Early warning signs that all was not well at Ferrari came to a head on Sunday as the would-be Formula One contenders flopped in the season-opening Australian Grand Prix.

While Valtteri Bottas claimed a dominant win for Mercedes and his team mate Lewis Hamilton held off Red Bull's Max Verstappen for second, Ferrari's drivers were left scrambling for minor points in a sobering start for the Scuderia.

Ferrari had been the quickest car at winter testing, just edging champions Mercedes, but Barcelona must have felt a distant memory as Sebastian Vettel and Charles Leclerc crossed fourth and fifth, nearly a minute behind Bottas.

Vettel sounded alarm bells after Friday practice when he said he felt strangely uncomfortable with the car.

But the German would have hoped for better after qualifying third on Saturday.

Instead, it took an order from the team garage just to preserve his fourth placing, with new boy Leclerc warned off from overtaking the four-times champion in the final laps.

Called in to pit early to change soft tyres for mediums, Vettel lost pace late on and said the strategy was wrong. "By the looks of it, of course we did (pit too early) because I was struggling with the tyres, so we need to have a good look," he said.

But strategy could not explain why the car was sluggish at corners and had handled so poorly.

"But I think even ignoring the lap that we pitted, it looked like other people had way less problems so I’m not quite sure what was the issue," he said.

Team principal Mattia Binotto said the performance was not what Ferrari were expecting. "I think [at] winter testing we were certainly different," he said.

Runners-up to Mercedes in the last two championships, hopes were high that Ferrari, under new management, had produced a car that could finally knock the Silver Arrows off their perch.

Instead they will head to the next stop in Bahrain trying to stop old doubts resurfacing.

"One thing we are certain is that today, this weekend, is not the real potential of the car," said Binotto. "We are pretty sure that the potential is certainly bigger. And we have not been able to exploit it through the weekend."

Ferrari rival Vettel is third on the grid.
Motoring
2 years ago

Despite 'positive' start with Honda power, Red Bull still has plenty of ground to make up.
Motoring
2 years ago

Will Mercedes dominate again? We take a look at how F1 teams should fare in 2019

Here are the team-by-team prospects for the 2019 Formula One season starting in Melbourne on March 17, listed in 2018 championship order.
Motoring
2 years ago

Vettel gets Ferrari off to a strong start in F1 testing

Ferrari made a strong start to the first day of Formula One testing on Monday with four-times world champion Sebastian Vettel top of the timesheets ...
Motoring
2 years ago
Next Article