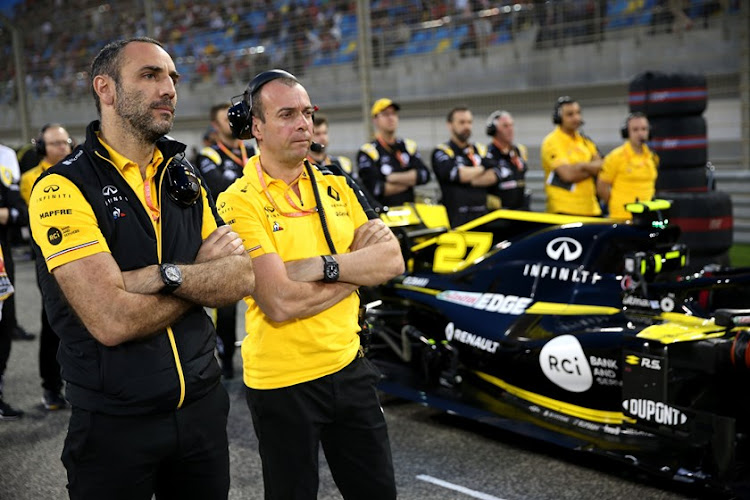 Cyril Abiteboul on the grid at the 2019 Bahrain F1 Grand Prix.
Image: Renault

Renault must focus more on improving reliability after leaving Bahrain empty-handed with a late double retirement in the second Formula One race of the season, said team principal Cyril Abiteboul.

Nico Hulkenberg and Daniel Ricciardo were both in scoring positions when their cars came to a halt with three laps remaining.

The German said he lost power suddenly while Ricciardo, a new arrival from Red Bull, blamed a problem with the MGU-K energy recovery system.

"It's been a very bad start to our racing season. Similar to Melbourne, our qualifying in Bahrain was massively compromised by minor electronics issues, which impacted both cars," said Abiteboul.

"These problems are increasingly frustrating and unacceptable as both cars have shown very good competitiveness both over one-lap and race runs... we must react and shift our focus on reliability."

Ricciardo, winner of two races last year, has yet to score a point for his new employers after retiring from his home grand prix in Australia.

He was also summoned to stewards after the race in Bahrain for failing to replace his stricken car's steering wheel after getting out, but satisfied them he had acted as he did for safety reasons.

He said warning lights had indicated the car was electrically unsafe.

"I saw a red flashing light so I wasn't taking any risks," he said. "Didn't really feel like getting electrocuted today."

Hulkenberg, seventh in Australia, had qualified 17th after suffering 'a couple of issues with the car' at a critical moment.

Renault finished fourth overall last season and started the year in upbeat mood, convinced they had made a big step on the engine side and had the resources to close the gap on the top three.

"It is the biggest we have ever done since the V6 was introduced (in 2014)," Abiteboul said in February. "It's the most productive winter we have ever had in terms of engine performance."

'Sebastian has a real big challenge on his hands,' says retired F1 champion.
Motoring
3 years ago

Heartbreak for Leclerc as Hamilton wins in Bahrain

Williams team co-founder is making a comeback as a consultant.
Motoring
3 years ago