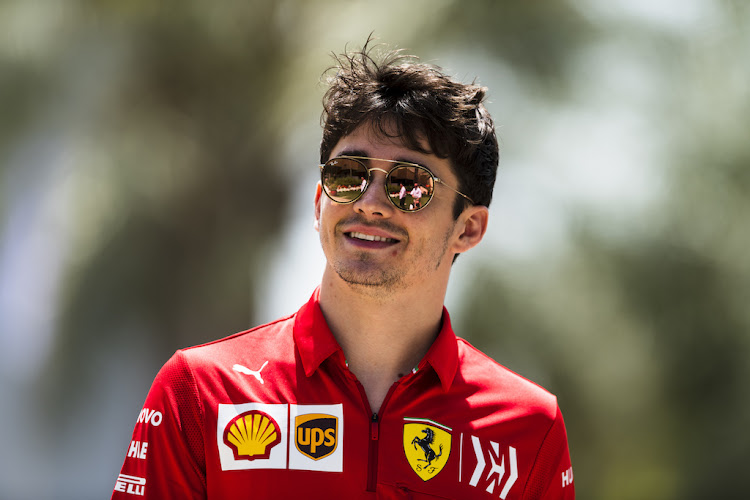 The first Formula One win is special for every driver but Charles Leclerc will feel it magnified by a thousand if he triumphs in China this weekend after being denied by cruel misfortune in Bahrain.

Sunday's race is the 1,000th in world championship history and the Ferrari driver, who took pole position and set the fastest race lap at Sakhir two weeks ago, can write his name on it with a first victory.

"I hope the car will be as good as it was in Bahrain, so that I can continue to go for the results we deserve," said the 21-year-old Monegasque.

The same engine that Leclerc used in Bahrain will again be available after Ferrari engineers found a short-circuit in the car's injection system control unit had robbed him of victory.

Five-time world champion Lewis Hamilton, winner in Bahrain after Leclerc slowed while leading, has been more successful than anyone in China and will be aiming to win the race for a sixth time.

Champions Mercedes have won the first two races of the season one-two but against the odds, with Ferrari looking ominously quick in Bahrain until Leclerc's loss of power.

Despite Mercedes taking five Chinese wins from the last seven races, they have a fight on their hands and they know it.

"We are happy but we are also conscious and aware of how lucky we were today to come away with a one-two," Hamilton said after the race in Bahrain.

"We all worked so hard through the weekend as we do every weekend but we underperformed."

Team mate Valtteri Bottas, who leads Hamilton by one point in the standings after winning the opener in Australia, should also be a contender.

The Finn was on course for victory in Shanghai last year until a virtual safety car handed it to then-Red Bull driver Daniel Ricciardo, who has yet to score a point this season for Renault, instead.

Ferrari, however, are expected to have the edge down the Shanghai circuit's main straight, which is over a kilometre long.

PODCAST: Cargumentative – Why should all first Ferrari be red?

"If they are able to maintain those power levels...on a power sensitive circuit like Shanghai, they are the favourites, clearly," said Mercedes team boss Toto Wolff. "The lap time benefit might even be more than in Bahrain."

Red is seen as a lucky colour in China and Leclerc, who hung on for third in Bahrain and a first podium finish, could do with a slice of good fortune after the disappointment in the desert.

Four-time champion team mate Sebastian Vettel, who spun and was outpaced by Leclerc two weeks ago, will also be fired up to re-establish his number one status and close the points gap to Mercedes.

The German has won just once in China, when he handed Red Bull their maiden victory in 2009, before the current V6 turbo hybrid era.

Red Bull will be on the lookout for any opportunity to repeat last year's success on the 10th anniversary of that first win.

"Overall, Shanghai provides you with a lot of opportunities to fight and set up overtakes," said Max Verstappen, who botched his chances of victory and a possible one-two last year with scrappy attempts to overtake Hamilton and Vettel.

"I'm looking forward to hopefully having an exciting race there."

Deal 'imminent' for British Grand Prix to stay at Silverstone

Liberty Media is in the final stages of agreeing a new deal with the British Racing Drivers' Club (BRDC).
Motoring
2 years ago

Puma is now an official merchandise retail partner of Formula One