... but only in certain situations, says the 21-year-old Formula One prodigy 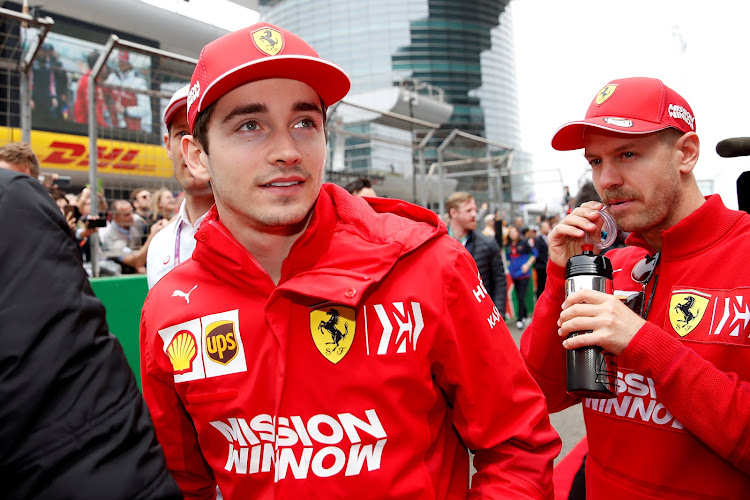 Charles Leclerc said on Thursday he would be willing to move over again for Ferrari teammate Sebastian Vettel, but only in certain situations.

The 21-year-old Monegasque Formula One driver was running third in China two weeks ago when he was asked to allow Vettel through as Ferrari tried to take the fight to champions Mercedes.

Leclerc obliged, but Vettel was unable to stop Lewis Hamilton and Valtteri Bottas romping to the team’s third straight one-two finish in the faster Mercedes cars.

Vettel finished third, the German's first podium of the season, but Leclerc, who was denied a first win by engine trouble in Bahrain last month, fell to fifth behind Max Verstappen’s Red Bull.

"Obviously there will always be team orders in Formula One," Leclerc told reporters ahead of this weekend’s Azerbaijan Grand Prix. "But, yeah, it depends on the situation.

"In some situations I will (obey)," he added, without elaborating.

Vettel and Leclerc can race each other, but team boss Mattia Binotto has said that in 50-50 situations the German, a four-times champion in his fifth season with the team, would have preference.

Leclerc, in only his second season in Formula One and going into his fourth race for Ferrari, said he understood that and that it was up to him to prove his worth to the team.

"I’ve got a lot of things to prove and now it’s just up to me to do the best job possible in the car to prove to the team what I’m capable of," he said.

"I just need to continue doing what I’m doing, trying to improve myself and hopefully it will change soon.”

Asked if he thought he could beat Vettel over the course of a season, and would be allowed to by Ferrari, Leclerc hesitated.

"It’s very early in the season still. I don’t know, it’s a tricky question," he said.

After Ferrari’s press officer prompted him to "say yes", he continued: "I believe there is the potential to do so, but then from the potential to actually doing it, I need to do a lot of work and put all the things together."

Hamilton, who found himself in a similar position alongside double world champion Fernando Alonso in his rookie year at McLaren in 2007, empathised with Leclerc.

"It goes against your core values because you’re a racing driver at heart," said the Briton, now a five-times world champion, who finished level on points with Alonso in 2007, but ahead on placings.

"I understand how Charles feels because in his heart he believes he’s the best or got the potential to be the best. It’s almost like having your light dimmed (to have team orders)."

Hamilton is second and Leclerc third.
Motoring
3 years ago