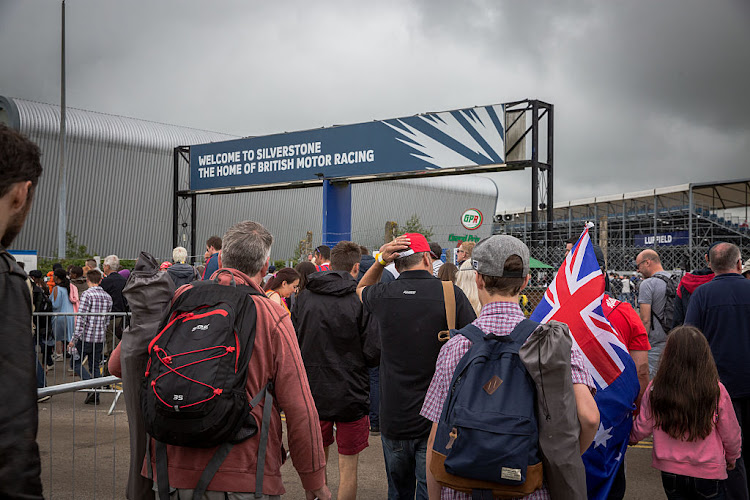 People arrive at the British Grand Prix at Silverstone Circuit, a motor racing circuit in England next to the Northamptonshire village of Silverstone.
Image: Rob Stothard/Getty Images

The endangered British Grand Prix at Silverstone looks set to stay on the Formula One calendar with hopes rising that a new deal will be announced before this weekend's race.

A question mark has hung over the race's future since Silverstone invoked a break clause in 2017 that meant this year's grand prix would be the last unless a new contract was agreed.

The World War Two airfield hosted the first race of the Formula One world championship in 1950 and seven out of the 10 teams are based in Britain.

David Richards, chair of Motorsport UK, told the Daily Mail newspaper that "the fundamentals, the financial side" had been agreed and it was just a question of signing off the final details.

Several sources told Reuters that talks continued in London on Monday and a deal, as yet unsigned, could be presented as early as Wednesday - before teams gather at the circuit for Thursday's media day.

"To lose the British Grand Prix, and particularly to lose it from Silverstone, would be disastrous," Red Bull team boss Christian Horner told reporters.

"Silverstone is the home of grand prix racing."

The circuit boasted the biggest crowd of any grand prix last year, with 140,500 fans on race day. This year's event promises to be on a similar level, with home favourite Lewis Hamilton heading for a sixth world championship.

Silverstone managing director Stuart Pringle told the BBC last month that the contract negotiations had been complicated by Formula One's desire to also hold a street race in London.

There has long been talk of a race in the capital, most recently focused on the Docklands area to the east of the city, and Pringle said that would be a commercial concern for his circuit.

Horner said a London Grand Prix was hard to envisage on an annual basis and the location would be of critical importance.

"You'd need to see Nelson's column and going past Buckingham Palace pretty much," he said of any potential layout. "A London grand prix only works if it's proper London."

"Formula One loses this and it loses so much of its essence," added the Briton, who has won his home race a record-equalling five times.

Marc Marquez victorious at the Sachsenring