Sebastian Vettel facing his demons on return to Hockenheim 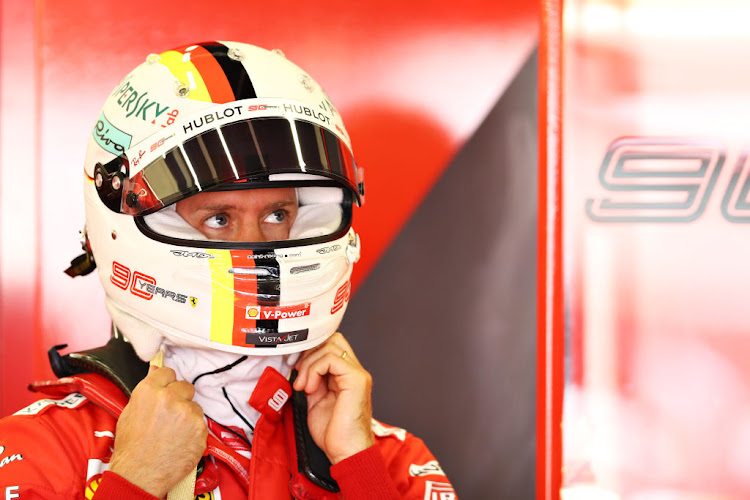 Sebastian Vettel will be battling his demons as well as his Formula One rivals when the Ferrari driver returns to Hockenheim this weekend for his home German Grand Prix.

Last year’s race at the 4.5km circuit, just half an hour away from Vettel’s home town Heppenheim, is where it all began to go wrong for the four-times world champion.

The German was poised to extend his championship lead over Mercedes rival Lewis Hamilton, who had started 14th, with an easy win in front of his home fans from pole position, when a sudden shower washed away his hopes.

Vettel crashed out as Hamilton came through to win and seize a lead he would never give up.

It was the most high-profile of several mistakes that undid the German's championship bid last year and surely the most painful.

The errors have continued this season, most recently in Britain where he ran into the back of Max Verstappen’s Red Bull.

Formula One leader Lewis Hamilton is backing Ferrari rival Sebastian Vettel to shrug off a run of poor form and mistakes after another nightmare ...
Motoring
2 years ago

Vettel now risks being upstaged by younger team mate Charles Leclerc, who has already had more podiums, poles and fastest laps this season and is only three points adrift.

"We have got to make up for last year, especially myself and I look forward to racing in Hockenheim," said Vettel, 32, of the race that marks the season’s halfway stage. "The atmosphere is always phenomenal and the crowd is great."

Ferrari last won at Hockenheim in 2012 with Spaniard Fernando Alonso.

Vettel, who got his first taste of Formula One at the track watching boyhood idol Michael Schumacher drive around in his Benetton on a wet Friday of practice, has never won there.

His sole German Grand Prix triumph in 2013 came at the Nurburgring.

Hamilton, meanwhile, has won the German race four times with three of those wins scored at Hockenheim.

On a high after chalking up a record sixth win two weeks ago in his home race at Silverstone, the Mercedes driver is favourite to race to a fifth German win.

Victory for the five-times champion and current leader, 39 points clear of team mate Valtteri Bottas, would go down well on a weekend when Mercedes are celebrating 125 years of motorsport and their 200th Formula One start.

Running their cars in a special livery to mark the occasion, Mercedes are nevertheless wary.

"The weather forecast predicts high temperatures, which were extremely challenging for us in Austria, so we must stay vigilant," said principal Toto Wolff, whose team were dealt their only defeat of the season so far in the heat of Austria.

"Like Spielberg, Hockenheim is also a relatively short circuit, which will close the gaps between different teams."

Red Bull, who appear to have edged ahead of Ferrari over the last few races, won in Austria with Verstappen and could win the battle to be best of the rest. "We’re on a good run with the car and improving every weekend,” said the Dutchman. "So I can’t wait to get started again."

Renault’s Nico Hulkenberg, the only German driver on the grid apart from Vettel, will also hope for a good showing in a race whose future remains uncertain. Formula One and circuit promoters struck a deal to keep the race on the calendar this season, with Mercedes-Benz as title sponsor, but no new deal has been signed.

Haas go back to basics for German GP

Haas will again run different aerodynamic configurations on their Formula One cars at this weekend's German Grand Prix, as they try to turn around a ...
Motoring
2 years ago

SA racer makes his motorsport dream a reality in Germany

Can F1 teammates be real mates? Why not, say McLaren drivers

Lando Norris and Spaniard Carlos Sainz see no reason why not – even if others have their doubts about how long that will last once the stakes are ...
Motoring
2 years ago