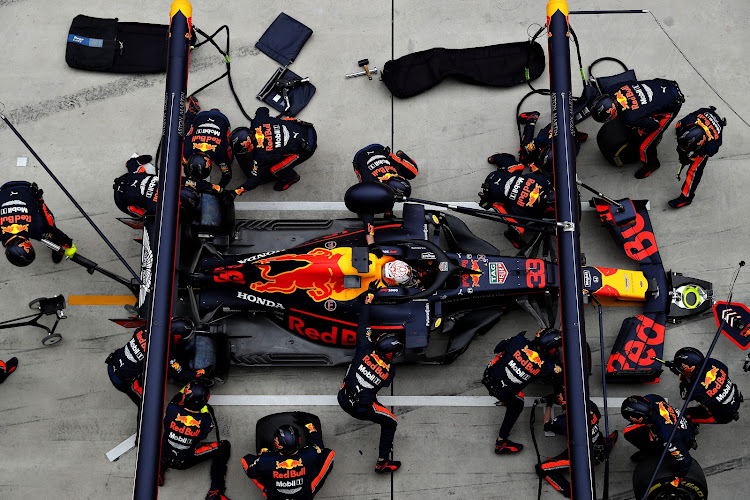 Red Bull set a Formula One record in Sunday's German Grand Prix by changing all four tyres on race winner Max Verstappen's car in 1.88 seconds, according to official timings.

Formula One's logistics partner DHL holds an annual fastest pit stop award with points accrued over the season. Red Bull are leading Williams in the standings after 11 of 21 races, with Ferrari third.

It was the second race in a row in which the expertly choreographed Red Bull mechanics had broken the record, with a 1.91-second pit stop for French driver Pierre Gasly at the British Grand Prix two weeks earlier.

Verstappen made five pit stops in a chaotic race at Hockenheim, and Gasly four, with the fastest coming on the 46th of the 64 laps.

Mercedes, who were caught off guard by one of five-times world champion Lewis Hamilton's pit stops during the race, could not manage a pit stop faster than 2.50 seconds on a dismal Sunday for them.

Hamilton's slowest lasted about 50 seconds and came just after he had hit the barriers, with some of his mechanics changing the front wing while others swarmed around uncertain which tyres to fit.

Bentley, Ferrari and Porsche will form part of a high-powered GT grid in November blockbuster
Motoring
1 year ago

Formula One launched an esports series across China on Thursday with the promise of the top two local gamers making it all the way to the Pro Draft ...
Motoring
1 year ago

Mercedes and Ferrari sign up for new Netflix F1 series