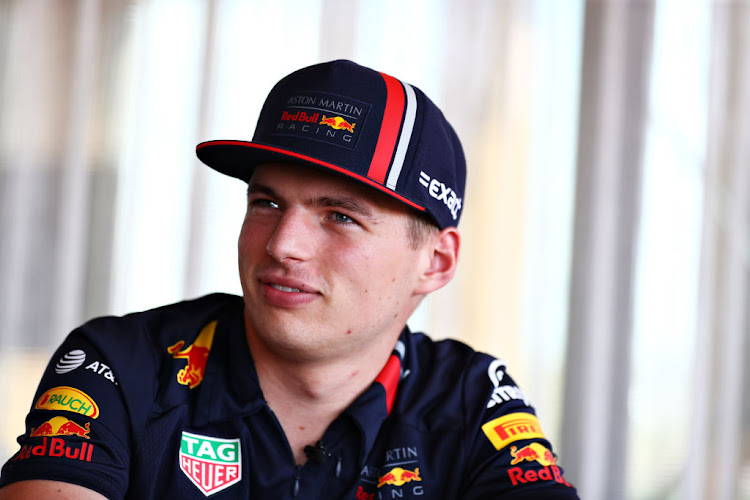 Max Verstappen, of Netherlands and Red Bull Racing, looks on during previews on August 1 2019, ahead of the F1 Grand Prix of Hungary at Hungaroring in Budapest.
Image: Mark Thompson/Getty Images

Ferrari were fined €5,000 (roughly R80,901), instead of a time penalty for the driver, for sending the Monegasque into the path of Haas's Romain Grosjean in a chaotic race at Hockenheim, with the cars making minor contact.

The stewards noted in their written decision that Leclerc drove out at an acute angle to avoid a tyre changer in the adjacent pit.

Verstappen was handed a five-second penalty for an unsafe release in May after he collided with Mercedes rival Valtteri Bottas in the Monaco pit lane, costing the young Dutch driver a place on the podium.

Red Bull's German Grand Prix winner Max Verstappen and his Dutch army of Formula One fans hope to continue the party in Hungary on Sunday, even if it ...
Motoring
2 years ago

Asked about the Hockenheim incident, Verstappen told reporters ahead of the Hungarian Grand Prix that the decision was "completely wrong".

"If they (teams) would get a fine (and not a time penalty), everybody would do it," he said.

"I think it's not fair. To say that then they gave me that penalty (in Monaco) only purely because I touched, I think that's also not fair," added the 21-year-old.

"You are still releasing the car knowing that there is a car in the fast lane.

"Just a fine, it's not fair ... the fine? €5,000? I mean, it's peanuts for a team. They really don't care to pay that. I think it's completely wrong to do that, especially if you talk about safety. Not correct."

Formula One race director Michael Masi said after the Hockenheim race that no precedent had been set and each case was assessed on its own merits.

He also said that while Verstappen's case had been listed as an unsafe release, the penalty was for the pit lane collision that ultimately denied Bottas second place.

Verstappen, who had to spend two days with stewards in January and February as punishment for a post-race Brazilian GP altercation with rival Esteban Ocon, said he had heard team managers had discussed the situation.

"I think also they saw that was maybe not the right way to go," he added.

Haas team principal Guenther Steiner said there had to be consistency.

"If next time the guy with just the same gets a five-second penalty, then something is wrong with the system in my opinion," he said.

"It cannot be once decided like this. For me, unsafe release being in rain, dry or snowing is the same. It's unsafe.

"If it (the fine) is wrong or right only time will tell, because maybe people take more risk and at some point we have to stop them."

Sebastian Vettel was fastest for Ferrari in opening practice for his home German Grand Prix on Friday, with teammate Charles Leclerc completing a ...
Motoring
2 years ago

Sebastian Vettel facing his demons on return to Hockenheim

Sebastian Vettel will be battling his demons as well as his Formula One rivals when the Ferrari driver returns to Hockenheim this weekend for his ...
Motoring
2 years ago

Formula One world champion Lewis Hamilton won his home British Grand Prix for a record sixth time on Sunday to stretch his lead over Mercedes ...
Motoring
2 years ago