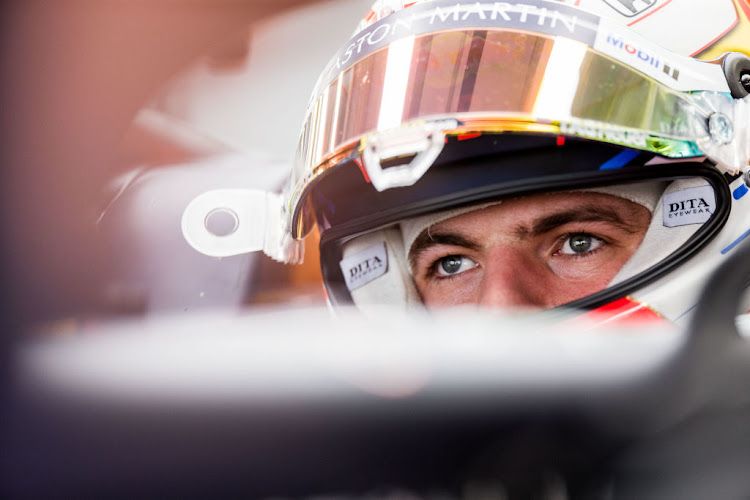 Max Verstappen of Red Bull Racing and The Netherlands during practice for the F1 Grand Prix of Russia at Sochi Autodrom on September 27, 2019 in Sochi, Russia.
Image: Peter Fox/Getty Images

Max Verstappen knocked Ferrari rival Charles Leclerc off the top of the timesheets to go fastest on the opening day of practice for the Russian Formula One Grand Prix.

The Red Bull driver was narrowly edged out by Leclerc, winner of two of the last three races, in Friday's opening 90 minutes of running.

But the Dutchman, also a two-time winner this year but carrying a five-place engine-related grid penalty, struck back with a one minute, 33.162-second lap after lunch, ending the day 0.335 seconds quicker than the Monegasque.

Valtteri Bottas was third ahead of championship leader Lewis Hamilton.

The Mercedes team mates moved ahead of Ferrari's Sebastian Vettel, whose win in Singapore last week ended a 13-month drought for the four-time champion, with the German slipping from third to fifth.

But it was an uncharacteristically off-colour day for the dominant champions, with the silver cars hindered by niggling problems in the morning and a lack of pace that saw them end the day more than half a second off Verstappen's best.

Despite their lack of form, which some commentators suspected was down to sandbagging, a practice when teams deliberately run slower to hide their car's true potential, Hamilton and Mercedes remain on course for a record sixth title double.

The Briton, winner of eight races this year, leads Bottas by 65 points in the overall standings and is 96 clear of Verstappen and Leclerc, his closest non-Mercedes challengers who are joint third, with six races to go.

The German team, winners of 10 of this season's 15 races, lead Ferrari by 133 points in the constructors' standings.

Still they head into Sunday's Russian round, a race they have won every year since it joined the calendar in 2014, reeling from three successive defeats at the hands of rivals Ferrari.

Like fellow Honda-powered drivers Verstappen and Gasly, British-born Thai rookie Albon is also carrying a grid penalty, with the Japanese manufacturer bedding in fresh engines for their home race in two weeks' time at Suzuka.

Home hero Daniil Kvyat, the only Russian on the grid, endured a difficult start to his weekend.

Already set to start Sunday's race from the back of the grid in his Honda-powered Toro Rosso, the 25-year-old ground to a halt in the morning with a suspected fuel system issue.

He then collided with team mate Gasly on his way to the 12th-fastest time in the second session.

Daniel Ricciardo ended the day 14th. The Australian spun his Renault backwards into the barriers in the closing stages of the first 90-minute session and crawled back to the pits with a dislodged rear wing.

Several drivers had minor off-track moments or spins, as they tested the limits of the circuit, with two brief virtual safety car periods during the day.

Max Verstappen will have a five-place grid penalty and Daniil Kvyat will start his home Russian Formula One Grand Prix from the back of the field on ...
Motoring
1 year ago