Marquez back on track in Thailand after bad accident 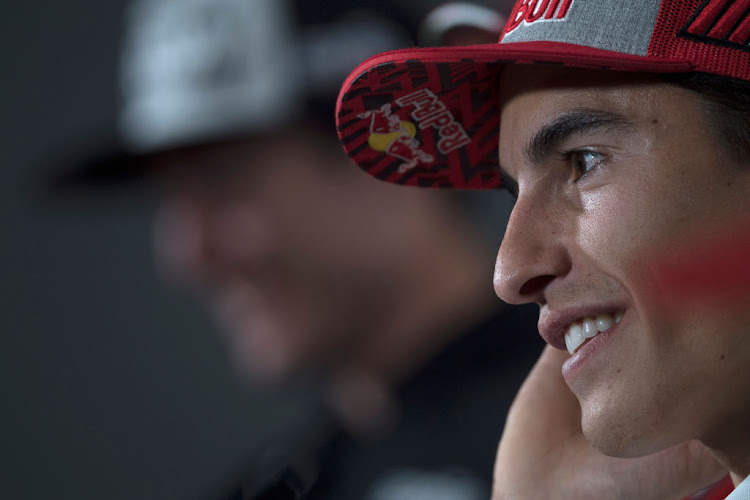 Marc Marquez of Spain and Repsol Honda Team was treated in hospital for injuries he sustained when he was flung off his bike during practice laps for the Thai Grand Prix.
Image: Mirco Lazzari gp/Getty Images

Honda's MotoGP leader Marc Marquez had a huge crash and was taken to hospital on Friday before returning to set quick laps in practice for what promises to be a title-deciding Thai Grand Prix.

Marquez was flung off his bike after losing the rear with 10 minutes to go in the first session, landing heavily. He stayed down for a while, struggling to breathe, while the Honda was badly damaged.

He was taken to the circuit medical centre and then to hospital in nearby Buriram for checks before being cleared to continue.

"We went to the hospital and they did an MRI and everything looks fine. Of course, he had some contusions in the back and also in the leg, and also  in the hip a little bit, but nothing to be worried about. We were lucky for today.

"We will continue with the plan and he will have some treatment probably, some massage or something," said the Spaniard.

Puig said the rider had been on the outside line and the tyre probably picked up some dirt.

When Marquez returned to the track he was fastest for a while before slipping down the order as the Yamahas found their pace.

French rider Fabio Quartararo topped the time sheets at the end of the day for Petronas Yamaha, ahead of factory Yamaha rider Maverick Vinales and Petronas team mate Franco Morbidelli.

Marquez will take the title, his fourth in a row, on Sunday if he scores two points more than Dovizioso.

The Spaniard won from pole position in Thailand last year and also set the fastest lap of the race. Dovizioso finished second.