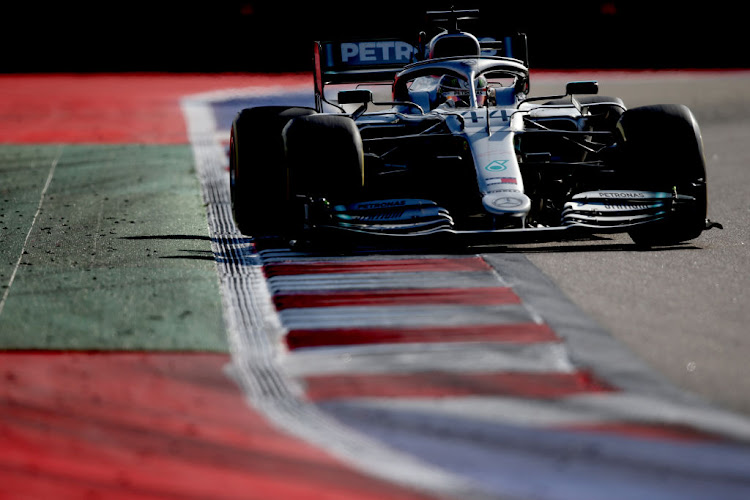 Mercedes have their first chance to seal a record-equalling sixth successive Formula One constructors' championship in Japan on Sunday, at a track where they have won for five years in a row.

Despite their domination since the start of the V6 turbo era in 2014, Mercedes and Lewis Hamilton, winner of four of the last five Japanese grands prix, are still wary of tempting fate.

A team preview of the race at Suzuka steered well clear of any title talk.

"We'll bring some minor upgrades to the car in Japan, which will hopefully help us take a step in the right direction," said team boss Toto Wolff.

"However, we know that we need to extract absolutely everything from our car and the tyres if we want to be able to challenge for a win.

"We have a strong track record there ... but we expect this year to be challenging, given the strength of our opponents," added the Austrian.

Honda-backed Japanese Naoki Yamamoto will take part in a Formula One grand prix weekend for the first time on Friday when he drives a Toro Rosso in ...
Motoring
1 year ago

Mercedes are 162 points clear of Ferrari, who racked up a record six titles in a row between 1999 and 2004, and are the only ones who can stop the runaway leaders with five races remaining.

Third-placed Red Bull are 260 points behind Mercedes, with a maximum 220 points still to be won.

To clinch the title at Suzuka, Mercedes need to score 14 more points than Ferrari.

Hamilton, 73 points clear of Finnish teammate Valtteri Bottas, will have to wait until at least Mexico two weeks later to complete an unprecedented title double for the team with his sixth drivers' championship.

Mercedes have won 11 of the season's 16 races, eight in one-two formation and with the most recent, Hamilton's ninth of the campaign, coming in Russia.

Despite their strength on paper, Mercedes are feeling the heat from Ferrari.

Monegasque Charles Leclerc has started the past four races from pole position and he and German teammate Sebastian Vettel, a four-time winner at Suzuka, converted three of those into successive wins.

A would-be Spanish-based Formula One team said on Thursday they were planning an entry under new regulations from 2021, with former grand prix driver ...
Motoring
1 year ago

But for a virtual safety car interlude, triggered ironically by Vettel stopping just off the track, Ferrari could have celebrated four wins in a row after Sochi.

The technical fast sweeps of the 5.8km Suzuka track should give the Italian team another chance to confirm their resurgence.

"We know that in order to be at the front in Japan, every aspect of our work must be perfect," said Ferrari team principal Mattia Binotto, who has had to manage tensions between his drivers after Russia.

"If we can do that, then we hope to be able to be as competitive as we have been in recent races."

Honda, who power the two Red Bull teams, could also be set for their happiest homecoming since they returned to Formula One as an engine supplier in 2015.

Red Bull have two wins this year with Max Verstappen and local fans will be able to cheer reigning Japanese Super Formula champion Naoki Yamamoto when he drives a Toro Rosso in Friday’s opening practice.

Rain could upset all predictions, though, with Typhoon Hagibis making its way towards Japan. The storm is forecast to strike the Tokyo area, about 400km north of Suzuka, at the weekend.

Red Bull's Max Verstappen said the team has plenty of room for improvement as they seek to rediscover their mid-season form heading into the Japanese ...
Motoring
1 year ago

The all-female W Series is discussing a move outside Europe, and a potential North American double-header supporting Formula One races in the United ...
Motoring
1 year ago