Vettel and Leclerc play down talk of Ferrari rift 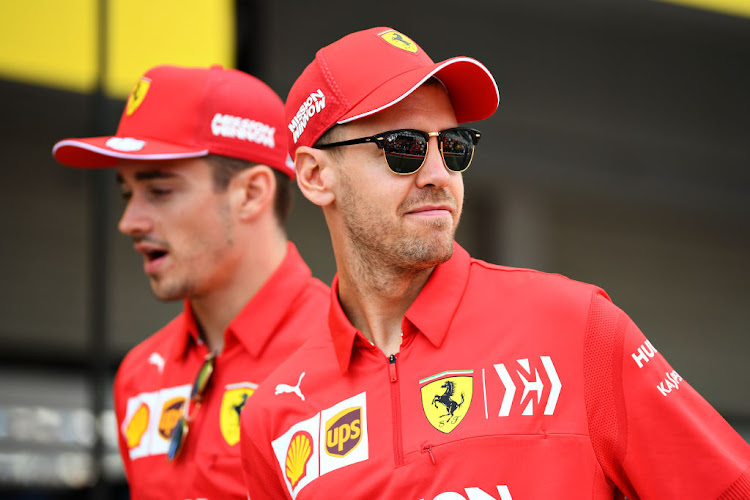 Sebastian Vettel of Germany and Ferrari, right, and Charles Leclerc of Monaco and Ferrari walk in the pitlane during previews before the F1 Grand Prix of Japan at Suzuka Circuit on October 10 2019 in Suzuka, Japan.
Image: Clive Mason/Getty Images

Ferrari Formula One team mates Charles Leclerc and Sebastian Vettel played down talk of a rift between them, saying tensions that threatened to boil over at the Russian Grand Prix had cooled.

The pair engaged in a testy back and forth with their team over the radio two weeks ago in Sochi after Vettel, who used the slipstream tow from the Monegasque's pole-sitting car to vault into the lead at the start, refused to hand the place back as per a pre-race agreement.

The flare-up ultimately resolved itself, with Vettel forced to retire with a power unit problem having already lost track position to Leclerc thanks to a later pitstop.

But it still left Ferrari managing an increasingly delicate relationship between the German four-time champion and the 21-year-old.

“There was some misunderstanding (in) the car,” said Leclerc, speaking to reporters ahead of Sunday's Japanese Grand Prix.

“But I think we've had a discussion and everything is clear now.

“It felt like it was a huge deal from the outside which it definitely wasn't. But now everything is fine.”

Leclerc, in his first season with Ferrari and second in Formula One, has turned up the pressure on the far more experienced Vettel.

He has won two races to Vettel's one this season and in Russia became the first driver since Michael Schumacher to take four straight pole positions for the Italian team.

He has outqualified Vettel for nine straight races.

The pre-race agreement in Sochi was centred around Leclerc giving Vettel the tow to help him leap past second-placed Mercedes rival Lewis Hamilton and give Ferrari a one-two at the front.

Leclerc and Vettel had initially disagreed whether the agreement still applied given Vettel had already jumped Hamilton off the line.

Vettel, who joined Ferrari in 2015 hoping to emulate boyhood hero Schumacher by handing the Italian team their first drivers’ title since 2007, said Ferrari were looking forward.

“We didn't write anything in stone,” said the German.

“I don't think it's necessary.

“Probably there's certain things that we could've done better looking back, but in the end we look forward to this race and the next races.”