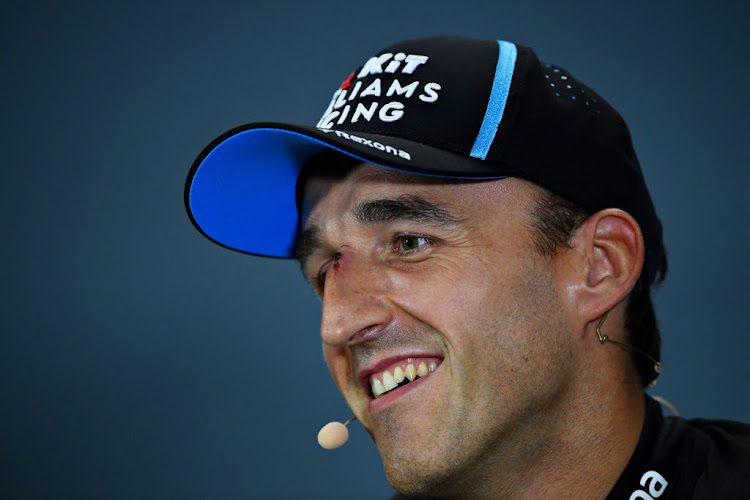 Robert Kubica is leaving Williams at the end of the season.
Image: Clive Mason/Getty Images

Haas are talking to Polish driver Robert Kubica about a test and simulator role, the US-owned Formula One team said on Thursday.

Kubica, 34, has already announced he is leaving Williams at the end of the season.

“We are speaking,” Haas team principal Guenther Steiner said at the Mexican Grand Prix. “We were speaking about a role in our team as a test driver, as we need to develop the simulator still.

“We are at a decent point, but we need to make the next step as well. He is, for sure, one of the most qualified to do that. That’s what we’re discussing.”

Any deal would likely also include an unspecified number of outings in first free practice at race weekends.

Robert Kubica's sponsor PKN Orlen has asked his Williams Formula One team to explain why they retired the Polish driver's car in last Sunday's ...
Motoring
1 year ago

“Simulator drivers all have in-car time, as they need to correlate the sim (simulator) work with what the car is doing, otherwise there’s no point,” said Steiner.

Haas, now ninth of the 10 teams, have confirmed their 2020 line-up of Frenchman Romain Grosjean and Danish driver Kevin Magnussen.

Kubica has scored Williams' sole point of the season, though generally out-qualified and beaten by British rookie teammate George Russell in races.

The Pole made his race comeback this year after suffering a near-fatal rally crash in 2011 that partially severed his right forearm.

His sponsor, Polish oil refiner OKN Orlen, said it intends to stay in Formula One with him. Haas no longer has a title sponsor, after parting company last month with the Rich Energy drink brand.

“I hardly see myself just being closed in a dark room just doing laps in a simulator,” Kubica said about a switch to Haas. “I’m not excluding it, but it would have to be a combined programme, which is why it is taking time.”

Lewis Hamilton has detailed how he is trying to reduce his carbon footprint and defended his right to speak out on environmental issues, while also ...
Motoring
1 year ago

No vegan, but Charles Leclerc is happy to investigate

Charles Leclerc likes a nice steak and is a long way from following Lewis Hamilton in going vegan, but like every Formula One driver, Ferrari's young ...
Motoring
1 year ago