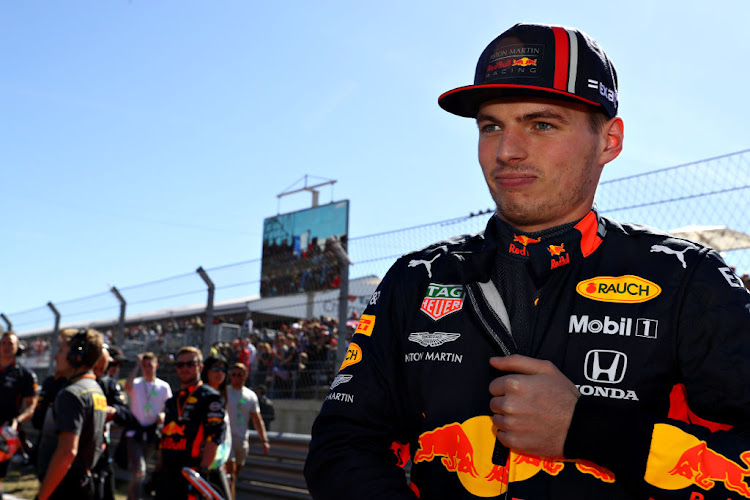 Max Verstappen of Netherlands and Red Bull Racing prepares to drive on the grid before the F1 Grand Prix of USA at Circuit of The Americas on November 3 2019 in Austin, Texas.
Image: Mark Thompson/Getty Images

Ferrari had racked up six straight pole positions, and shown impressive straight line speed, before Mercedes were back on top in the race in Austin, Texas, with Valtteri Bottas winning from the front of the grid.

Ferrari were off the pace on Sunday, while Bottas led teammate Lewis Hamilton, who clinched his sixth world title, in a one-two with Verstappen third.

Formula One's governing body issued a technical directive before the race in response to a Red Bull query, ruling out a sophisticated way of increasing the fuel flow to boost performance.

Hamilton seals his sixth F1 title at US Grand Prix

Asked afterwards in a news conference whether he was surprised by Ferrari's lack of performance and could offer an explanation, Verstappen suggested they had been bending the rules.

“Not surprised, at all, about it. After what came out. So that explains everything,” replied the Dutch 22-year-old. In a separate interview with Dutch television, he used the word “cheating”.

Ferrari team principal Mattia Binotto said he was disappointed by the comments.

He pointed out that Sebastian Vettel had missed pole by a mere 0.012 seconds and that Charles Leclerc raced with an old engine after problems in final practice.

“If we look at the race, certainly the speed on the straight was not our issue and we had clear problems with grip on the car on the first stint on both drivers,” Binotto said.

“I feel the comments are completely wrong and it is not good for the sport and everybody should be a bit more cautious,” added the Italian.

He said earlier in the week that Ferrari's engine was completely legal and the team were annoyed by continuing paddock rumours.

Leclerc, who finished fourth and 52 seconds behind Bottas, said Verstappen's comments were “a joke”.

“He has no clue. He is not in the team. I don't know why he is speaking, he doesn't know anything about us,” said the Monegasque.

“I just had really, really poor grip and struggled to get the tyres to work, and had a poor feeling with the car straight away,” said the German.

Having been accused of not giving up enough space on the racetrack, Red Bull's Max Verstappen was in no mood to concede ground off it on Thursday. He ...
Motoring
2 years ago

Max Verstappen has to be given more space, says Lewis Hamilton

Max Verstappen has to be given more space on the racetrack than other drivers because of the risk of collisions, Formula One champion Lewis Hamilton ...
Motoring
2 years ago