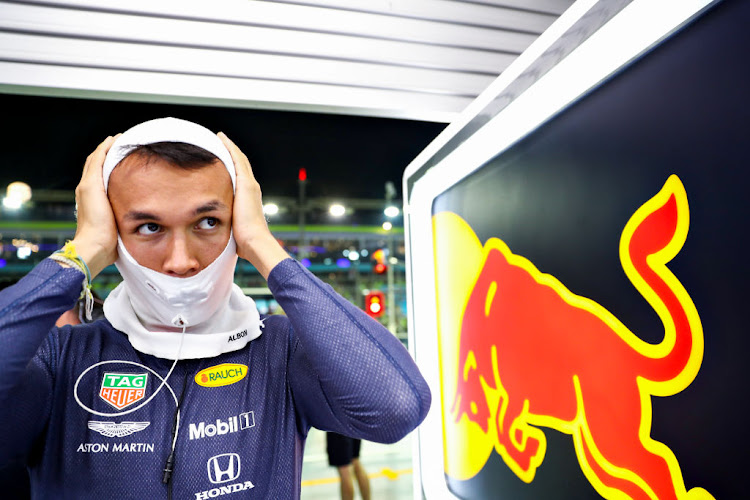 British-born Thai racer Alexander Albon will continue to partner Max Verstappen at Red Bull in 2020, the Formula One team announced on Tuesday.

The 23-year-old made his debut with Red Bull-owned Toro Rosso this season, but replaced under-performing French driver Pierre Gasly in the energy drink brand's senior team from the Belgian Grand Prix in August.

"Alex has performed extremely well since his debut with the team in Belgium and his results - seven finishes in the top six - speak for themselves," team principal Christian Horner said.

"It’s extremely hard to deny that level of consistency, and in tandem with a growing reputation as a tenacious, fiercely committed racer, Alex has proved he fully deserves to continue his progress with Aston Martin Red Bull Racing."

Italy-based Toro Rosso confirmed separately that Gasly and Russian Daniil Kvyat, another former Red Bull driver, would continue as their lineup next season.

Tuesday's announcements left only struggling former champions Williams with a seat to be filled, although that is expected to go to 24-year-old Canadian Formula Two driver and team reserve Nicholas Latifi.

Albon was tipped by Toro Rosso boss Franz Tost before the season started as the year's likely surprise package, and he has cemented his reputation with strong performances alongside Verstappen, winner of two races in 2019.

The Thai has finished all his seven races for Red Bull in the top six, scoring 68 points in addition to the 16 he took with Toro Rosso in the first half of the year.

He is now sixth in the overall standings.

Last season, however, Albon was racing in Formula Two and seemingly destined for a future with Nissan in the all-electric Formula E series before Red Bull stepped in.

"I am really excited to be partnering Max again for next year and I know how fortunate I am to be given this opportunity," he said.

"I'm hugely thankful  Red Bull have put their trust in me and believed in my results since I joined the team, and for them to keep me in the car next year is a big deal.

"This year has been an incredible year for me and getting the call up to Red Bull mid-season was already a big step, so now I will use the learnings from this season and use the experience to improve and fight at the front in 2020."