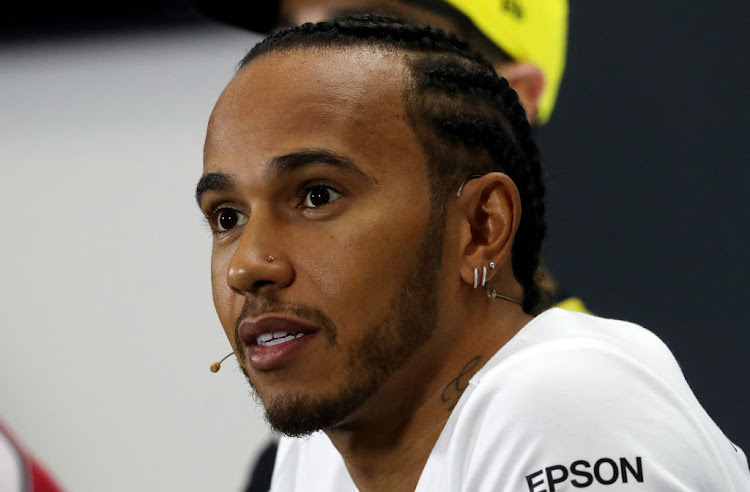 Six-time Formula One world champion Lewis Hamilton on Wednesday predicted big moves in the driver market for 2021, but expected Ferrari to remain the closest challenger to his Mercedes team next season.

“In this next year we must see drivers switching, there is a lot going on, that is happening in the background, each driver talking to certain teams,” the 34-year-old British driver, in Brazil for the penultimate race of the year, told a news conference organised by team sponsor Petronas.

Hamilton secured the championship with a second-place finish at the US Grand Prix in Texas on November 3. He and most other top drivers will see their contracts expire at the end of next year, and fans have already been speculating about where they will end up.

Formula One has unveiled major rule changes for 2021, with radically overhauled cars expected to make races closer and more exciting, while new spending restrictions should limit the advantage now held by top teams.

Hamilton said Ferrari's Charles Leclerc and Red Bull's Max Verstappen, both 22, were “champions of the future”.

“I think both have really fair, aggressive driving styles, which is great,” he said. “In terms of who is going to win, well hopefully I’m still here to try to stop them.

“I think Ferrari has the better chance of providing a car that can fight for the world title in the short term.”

The Mercedes driver said he hoped the 2021 car lives up to the hype.

“If it does what they said on paper, I think we are going to see, perhaps, the best era of racing we've seen in a long time. And I want to be there.”

A new track in Rio de Janeiro is due to replace Sao Paulo's Interlagos circuit on the calendar in 2021, but Hamilton saw no need to change the track where he won his first title with McLaren in 2008.

“I'm a little old school, I love the Interlagos circuit,” he said. “I think honestly there is a lot of money that goes into building a new circuit. We already have a historic circuit here, we don’t need to cut any more rainforest down, do any more damage.

“That money could go to better causes here, it could go to the infrastructure of the cities, there is a lot of poverty still. If it was my money, I would put it in a better cause. Education is super key, for example.”

Hamilton, a vegan and vocal supporter of environmental causes, hailed a sustainability plan announced by Formula One this week to make the series carbon neutral by 2030, but questioned why it could not be done sooner.

The battle to be best of the rest behind the Mercedes drivers heats up in Brazil this weekend with Charles Leclerc, Max Verstappen and Sebastian ...
Motoring
1 year ago

Champions Mercedes are likely to stay in Formula One after major changes come into play in 2021, but that cannot be taken for granted, team principal ...
Motoring
1 year ago