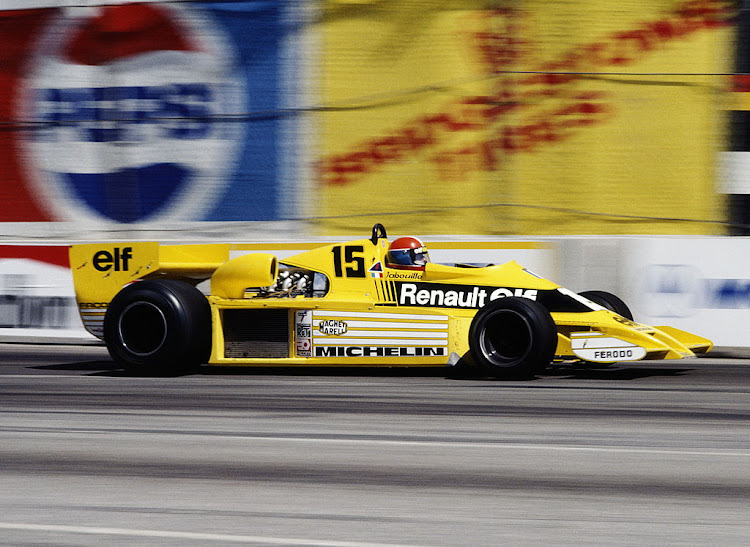 The Renault RS01 introduced two revolutionary new technologies to Formula 1 when it first appeared at the 1977 British Grand Prix.

Radial tyres (made and developed by French manufacturer Michelin) were certainly a major talking point, but the thing that blew most people away was the car's 1.5-litre turbocharged V6 motor. You see at that time the sport permitted naturally aspirated 3.0-litre engines, with a clause for a 1.5-litre supercharged or turbocharged engine.

While other teams stuck with the former, Renault decided to go where no Formula 1 outfit had gone before and pulled the trigger on forced induction.

Unfortunately the RS01 was plagued by unreliability so radical, that it soon earned the nickname 'The Yellow Teapot”, as it usually ended up retiring from races in a great big cloud of white smoke.

Renault, however, stuck to its guns and introduced the much-improved RS10 halfway through the 1979 season: a car that not only scored a home win at the French Grand Prix (the first-ever victory for a turbo car in Formula 1) but also secured Renault a sixth place finish in that year's constructors championship.

Consequently a technology that had long been seen as a joke was quickly adopted by virtually every other team in seasons to come. And so, thanks to the RS01, the power-bloated Turbo Era of the excessive '80s was born.

Welcome to the first instalment of Forgotten F1 Friday: a nostalgic look back at some of the coolest cars to ever line up on the grid of motorsport's ...
Motoring
1 year ago