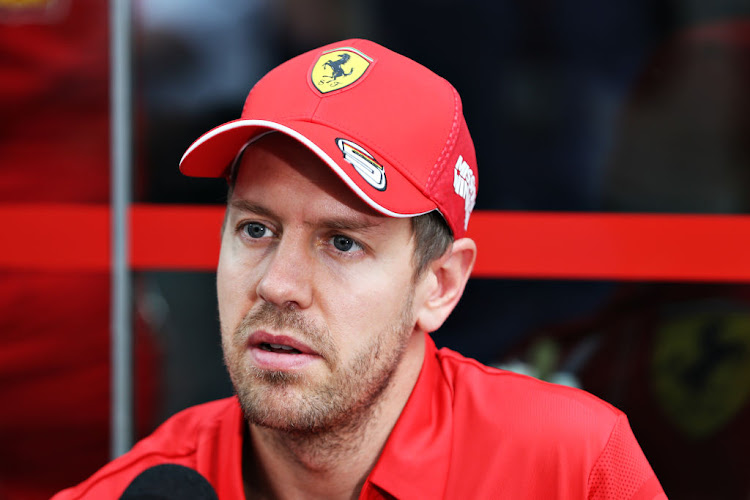 Sebastian Vettel of Germany and Ferrari dismissed Max Verstappen's suggestions that Ferrari had an unfair advantage with their engine.
Image: Robert Cianflone/Getty Images

Sebastian Vettel dismissed comments by Max Verstappen as immature and unprofessional on Thursday after the Red Bull driver suggested Ferrari had gained an unfair advantage with their engine.

The Dutch youngster suggested at this month's US Grand Prix that Ferrari's poor performance in Austin was linked to Formula One's governing body closing a potential engine loophole.

The 22-year-old used the word "cheating" in an interview with Dutch television.

"I think everybody is free to say what they want. I don’t think anybody in the team took it personally," Vettel told reporters at the Brazilian Grand Prix, the penultimate race of the season, when asked for a reaction.

"I think it’s not professional and not mature, but I can also see you are probably interested in me answering back," said the Ferrari driver.

"I don’t have much interest in that, other than saying that for us, the best way to answer in a way is to probably just go back to normal.

Verstappen drew a line under the episode when he met reporters at the Red Bull factory before flying to Sao Paulo, saying it was a "very sensitive subject".

"I try not to go there anymore," he added. "I prefer just to go ahead, leave everything behind, just focus on Brazil."

Vettel blamed setup problems for the drop in performanec,  and expected the Italian team to be challenging for victory again at Interlagos on Sunday.

"Should we have the strongest engine, that’s a great achievement by us, by our engine department," said the German.

"For the last five years, we had Mercedes having the strongest engine so if  for a couple of months we are ahead, then hopefully it stays like that for the next five years, and I don’t care what people think or say."

Vettel will be making his 100th start for Ferrari after winning his four titles with Red Bull, and he said he hoped it was a good one.

"I'm looking forward to more. I guess the 102nd race will be more important," he said, referring to the first GP of 2020.

Mercedes have already won both 2019 titles for an unprecedented sixth successive season.

Six-time Formula One world champion Lewis Hamilton on Wednesday predicted big moves in the driver market for 2021, but expected Ferrari to remain the ...
Motoring
1 year ago

His departure after an injury-blighted season leaves a coveted vacancy alongside compatriot Marc Marquez, the six times MotoGP world champion
Motoring
1 year ago

The battle to be best of the rest behind the Mercedes drivers heats up in Brazil this weekend with Charles Leclerc, Max Verstappen and Sebastian ...
Motoring
1 year ago