Bottas sets the pace in Abu Dhabi as Vettel crashes 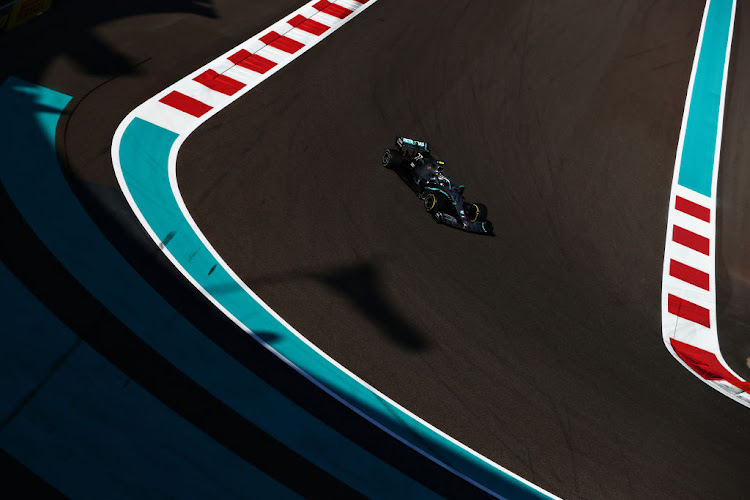 Valtteri Bottas lapped fastest for Mercedes in first practice for the season-ending Abu Dhabi Formula One Grand Prix on Friday while Ferrari's Sebastian Vettel spun and hit the barriers to end the session.

The Finn lapped the Yas Marina track in one minute 36.957 seconds with Red Bull's Max Verstappen, winner of the last race in Brazil, 0.535 seconds slower.

Vettel, who delayed his arrival in Abu Dhabi due to the birth of his third child, ended up fifth despite sliding into the barriers and bringing out the red flags with two minutes remaining.

The German, who collided with team mate Charles Leclerc in Brazil, made a thumbs up gesture to marshals to show he was fine.

Bottas's team mate Lewis Hamilton, who appeared to be struck by engine niggles and complained about being stuck in "limp home mode", was third and 0.634 seconds off the pace.

The Briton, who has already secured his sixth title and is chasing a record-extending fifth win in Abu Dhabi, briefly swapped his preferred race number 44 for the world champion's number 1 on the nose of his car.

Despite the margin, Bottas's pace was academic with the 30-year-old set to start Sunday's race from the back of the grid due to engine-related penalties.

Honda to continue with Red Bull and Toro Rosso in 2021

Honda will continue to power the Red Bull and Toro Rosso Formula One teams in 2021, a season that marks the start of a new era for the sport
Motoring
1 year ago

The daylight session was largely unrepresentative, with Saturday's qualifying and Sunday's race starting at dusk and ending at night under the floodlights.

Red Bull's Alexander Albon was fourth, with Romain Grosjean sixth for Haas ahead of Leclerc and Kevin Magnussen in the other Haas, with Alfa Romeo's Antonio Giovinazzi ninth.

Nico Hulkenberg, preparing for his last race with Renault, rounded out the top 10.

Australian Daniel Ricciardo brought out the red flags for the first time with half an hour to run, with his Renault coughing out oil and fire which forced him to park at the side of the track.

Renault said the engine failure was of no concern.

"It was a very high mileage engine from the start of season destined for this Friday only. Due to be retired after this session. No penalty for tomorrow as it was due to be changed," the team said.

Pierre Gasly, running behind Ricciardo in his Toro Rosso, caught a visor full of fluid from the expiring Renault.

Lewis Hamilton reflected on the cost of chasing Formula One success and the high personal toll exacted by the sport after Mercedes team mate Valtteri ...
Motoring
1 year ago

Canadian Latifi to make F1 debut with Williams in 2020

Canadian Nicholas Latifi will make his Formula One debut next season replacing Robert Kubica at Williams, the Grove based squad said on Thursday
Motoring
1 year ago

Hamilton can sign off in style at Abu Dhabi finale

Lewis Hamilton will be making a milestone 250th Formula One start as he seeks to sign off his championship-winning campaign in style in Sunday's Abu ...
Motoring
1 year ago