Bottas reprimanded but sets the pace in Abu Dhabi 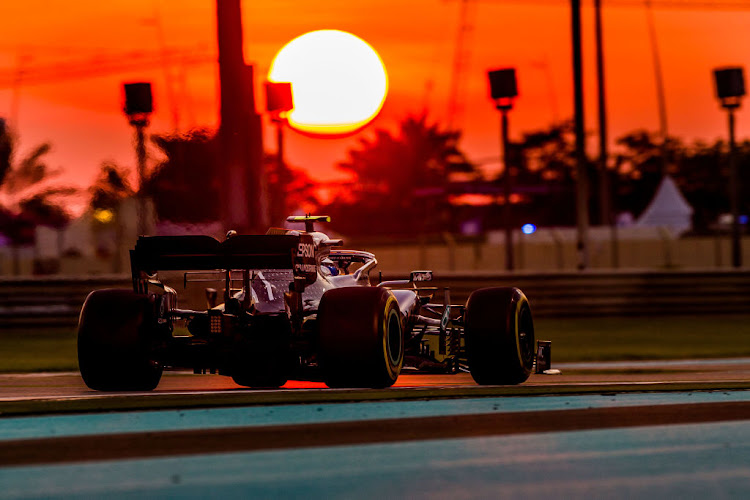 Valtteri Bottas led Mercedes team mate Lewis Hamilton in a practice one-two at the Abu Dhabi Grand Prix on Friday before being reprimanded for a collision with Haas driver Romain Grosjean.

The Finn, who was also fastest in the opening session, improved on his afternoon benchmark with a lap of one minute 36.256 seconds under the Yas Marina floodlights.

The 30-year-old was 0.310 seconds quicker than Hamilton, who was third in the morning, and looked strong around the 5.5km layout.

Hamilton, who wrapped up his sixth Formula One title two races ago in Texas, said he had struggled to get into rhythm but was also experimenting with an eye on 2020.

“I've been trying to explore some new avenues with the car. We already know where it works well, so I'm pushing the car into different places, just trying to see if there's anywhere else I can exploit the car and the tyres for the future,” he said.

Bottas is set to start Sunday's race from the back of the grid, however, with the Finn penalised for exceeding his engine allocation.

His second session was far from flawless, with a rare coming together with Grosjean on a day when nothing is at stake.

The Mercedes suffered a broken front wing after the Finn tried to dive through on the inside of the Frenchman, whose car was also damaged.

The stewards' report said Bottas had accepted responsibility. The reprimand was his first of the season.

“I thought he had seen me going for the overtake on the inside, but by the time I realised that he hadn't seen me, there was no way for me to escape anymore,” said Bottas.

Charles Leclerc, seventh in the first session, ended the day with the third fastest time ahead of Ferrari team mate Sebastian Vettel.

The 22-year-old Monegasque suffered a scare during the session, clouting the same barriers that Vettel had spun into only hours earlier.

The German, who collided with Leclerc in an incident that put both Ferraris out of the last race in Brazil, had been fifth in the morning despite the smash that ended his session.

Max Verstappen, winner two weeks ago in Brazil, dropped from second to fifth for Red Bull ahead of Thai team mate Alexander Albon.

Grosjean was seventh ahead of Racing Point's Sergio Perez. Daniil Kvyat and Pierre Gasly rounded out the top 10 for Toro Rosso.

Both of Friday's sessions were interrupted by red flags with the collision between Bottas and Grosjean halting track action briefly in the evening.

An engine failure for Australian Daniel Ricciardo that saw his Renault spit oil and fire with Gasly close behind was the day's first interruption.

Vettel's spin into the barriers also halted the session.

“I was caught out a bit by surprise as I didn't expect to spin. I knew going in that I would have to catch the rear, but it didn't quite work, which was a bit unfortunate,” said the German.

Mercedes have won every race in Abu Dhabi since 2014 and Hamilton has won at Yas Marina a record four times.

Bottas sets the pace in Abu Dhabi as Vettel crashes

Valtteri Bottas lapped fastest for Mercedes in first practice for the season-ending Abu Dhabi Formula One Grand Prix on Friday while Ferrari's ...
Motoring
1 year ago

Lewis Hamilton reflected on the cost of chasing Formula One success and the high personal toll exacted by the sport after Mercedes team mate Valtteri ...
Motoring
1 year ago

Canadian Latifi to make F1 debut with Williams in 2020

Canadian Nicholas Latifi will make his Formula One debut next season replacing Robert Kubica at Williams, the Grove based squad said on Thursday
Motoring
1 year ago