Stéphane Peterhansel's wife ruled out of Dakar for health reasons 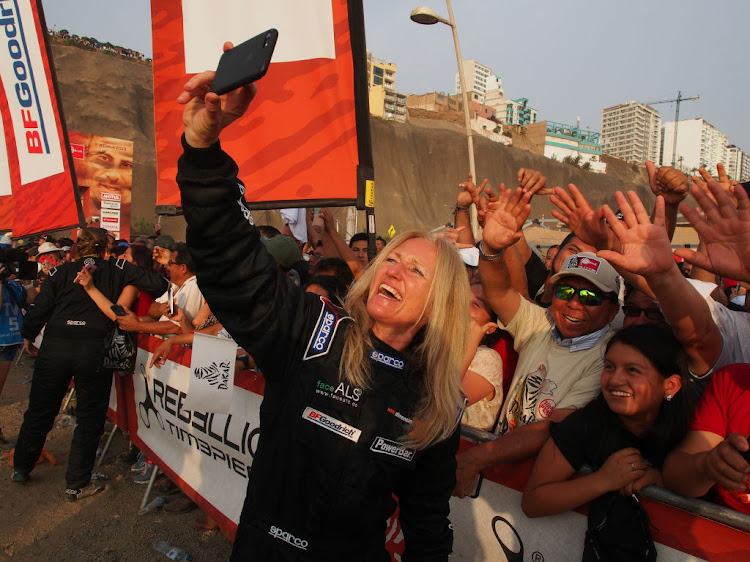 Andrea Peterhansel on the podium at the start of the 2019 Dakar Rally.
Image: Carlos Garcia Granthon/Fotoholica Press/LightRocket via Getty Images

Thirteen-times Dakar winner Stéphane Peterhansel has had to abandon plans for his wife, Andrea, to partner him as co-driver in 2020's rally in Saudi Arabia after doctors ruled her out on health grounds.

The Frenchman, nicknamed “Mr Dakar” for his success on two wheels and four, will now be partnered by Portuguese Paulo Fiuza in the endurance event that starts for the first time in Jeddah on January 5.

The X-Raid Mini JCW team said Andrea, who has previously competed on bikes and in cars, and finished fifth in 2004 under her German maiden name of Mayer, did not receive clearance after a routine check with the team doctor.

Further examinations and analysis had not changed the situation.

“We tried and hoped until almost the last minute, but unfortunately Andrea cannot compete in the 2020 Dakar,” said X-Raid boss Sven Quandt.

“She and Stéphane had a great season and could certainly have been among the front runners in Saudi Arabia, but health comes first.

“We’re also sure that Paulo will do a very good job. He and Stéphane worked well together at the Riyadh Rally.”

The 2020 Dakar will be held entirely in Saudi Arabia, ending in Al-Qiddiya near Riyadh on January 17, after 12 stages and 9,000km of competitive running.

The route will take in the mountains to the north and the Rub al Khali, or “Empty Quarter”, desert region in the south of the country, with dunes more than 250m high.

The Dakar has been staged in South America since 2009 and ran entirely in Peru last year, after leaving its origins in Africa for security reasons. Qatar's Nasser al-Attiyah is the defending champion.

Spaniard Carlos Sainz, a double world rally champion and two-times Dakar winner, whose son and namesake races for McLaren in Formula One, is also driving an X-Raid Mini buggy for the same team as Peterhansel.

Fernando Alonso gets ready for Dakar Rally debut with Hilux

From a new women’s racing series to the revival of the Kyalami Nine-Hour, it was a momentous year
Motoring
1 year ago
Next Article