Isle of Man cancels 2020 TT races due to coronavirus 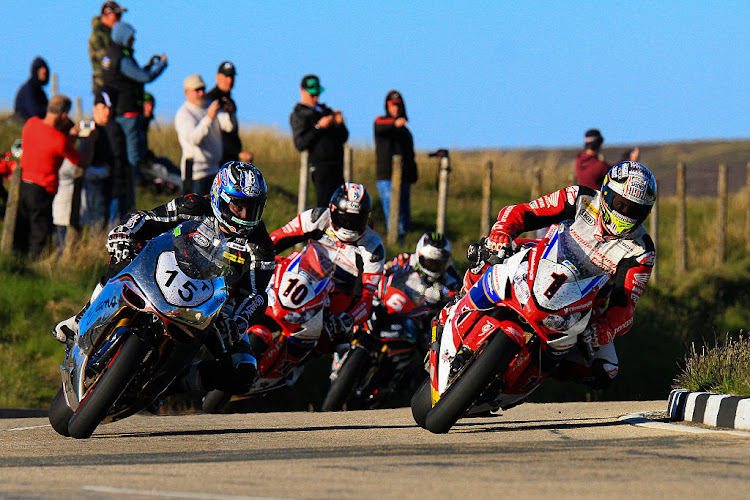 John McGuiness leads David Johnson, Coner Cummins and Michael Dunlop over the mountain section during an evening practice at The Isle of Man TT races on June 2 2016 in Douglas.
Image: Linden Adams/Getty Images

The Isle of Man has cancelled the annual TT motorcycle races due to the coronavirus outbreak, the government of the British Crown Dependency said on Monday.

The races around the island off the northwest coast of England have been run since 1907 and rank among the most dangerous in motorsport.

This year's event was scheduled to be held from May 30 to June 13.

“The decision to cancel has not been taken lightly and all options, including postponement and delaying the decision, have been considered in detail,” said minister for enterprise Laurence Skelly.

“Representatives from the Isle of Man government will now discuss the implications with all relevant businesses, stakeholders and individuals affected by this cancellation, which it recognises will be significant.

“The decision also aims to provide reassurance for our residents and health care professionals that the health and wellbeing of the Isle of Man’s residents is the single biggest priority and focus of this government.”

The races were last cancelled in 2001 to prevent an outbreak of foot and mouth disease spreading from Britain.

The event attracts tens of thousands of visitors from all over Europe and contributes significantly to the local Manx economy.

In light of the government’s decision to prohibit gatherings of more than 100 people for the foreseeable future, Motorsport South Africa (MSA) on ...
Motoring
1 year ago

Formula 1 has announced that due to the ongoing global situation regarding Covid-19 the Heineken F1 Joburg Festival due to take place on March 29 has ...
Motoring
1 year ago