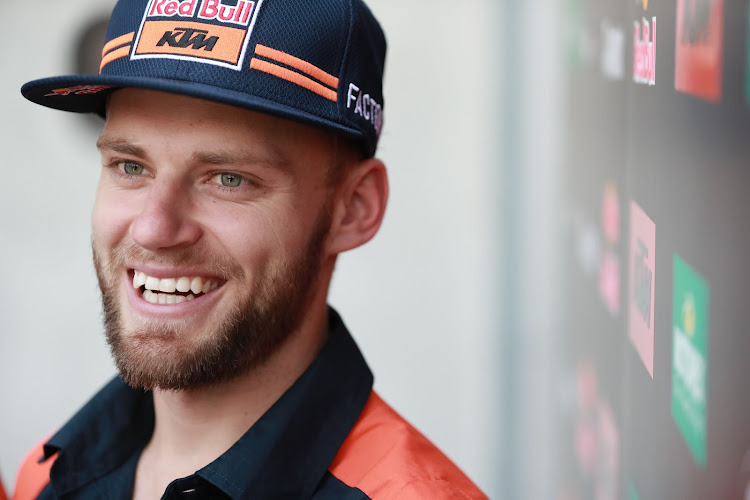 South African motorcycle-racing sensation Brad Binder would’ve lined up for his third race in the elite MotoGP for Red Bull KTM Factory Racing at the Circuit of the Americas in Texas this past weekend.

Binder would’ve become the first South African to race MotoGP in the four-stroke era and the first to compete in the premiere class since 2000. Instead, the 24-year-old Red Bull racer is at home with his family in Gauteng.

Ever the professional, however, the man who made his way through the ranks from Red Bull MotoGP Rookie Cup, to Moto3 (claiming the 2016 Moto3 World Championship title) and onto Moto2 (where he finished third overall standings in 2018 and second in 2019) has stayed focused and is making the most of the enforced downtime.

“It’s quite strange to think that we would’ve been in round 3 already,” says Binder. “So we’re a bit behind the ball at the moment, but I’m sure once it all starts again we will start to catch up on the races quickly.”

'I'd rather crash than finish second' - Brad Binder

Binder was relishing the challenge to make the step up to the premier class but was under no illusions after testing in late 2019 and early 2020.

“The more laps I did on the bike, the better I felt,” he said.

“Each time I got on the bike during testing it would take me a few laps to get into it, but the confidence was slowly coming along.”

MotoGP bikes are purpose-built race machines, custom made from the ground-up using high-tech materials such as carbon fibre, titanium and magnesium. They can reach speeds of over 300km/h and are not only faster but heavier and far more powerful than Moto2 bikes.

The Red Bull rider had a very successful 2019 season in Moto2 (the "lesser class") - winning the final race in Valencia GP, his third victory in a row and fifth for the season. 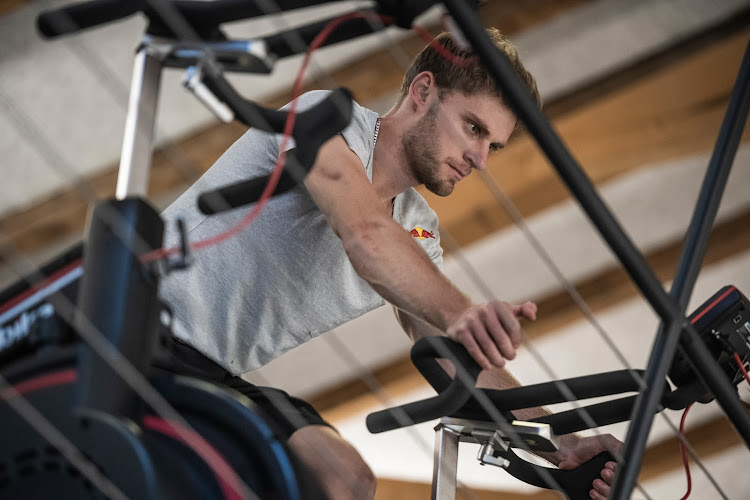 “I was really struggling with the front-end during testing earlier this year,” he said, explaining how he couldn’t brake as fast as he would’ve like to.

“It was frustrating, and I kept losing the front, but then we changed my settings to mirror my teammate, Pol Espargaro’s, and straight away I felt more confident.

“We used those settings as a base and tweaked from there. I look forward to tweaking more of those small things. All those small adjustments add up to a second here and there and if you keep finding your seconds, you’re going to find yourself a lot closer to the front.”

Apart from getting to grips with the much more advanced bike, Binder also got a taste of the life of a MotoGP racer during the tests. “You definitely spend a lot more time doing media interviews and the like. It was a bit of a wake-up call, for sure, and showed me that my time management will be even more important on race weekends.”

For now, though, the Red Bull KTM Factory racer is mentally preparing for that. “I’ve had a long break from the bike and the schedule pressures now and it’s given me a chance to really take everything in. When we get going again it will all hopefully be the new norm.”

According to Binder, who for logistical reasons is usually based in Spain during the racing season, being on this enforced break in South Africa with family has been good in that he has been doing some "normal life" things his busy travel schedule doesn’t usually allow (the MotoGP calendar usually consists of 20 races across the globe).

“It’s given me a great chance to hang out with the family and do the little jobs I wouldn’t normally get a chance to do. My dad has been making me take out the garbage and cook dinner,” he joked, before getting serious again.

“This is the most time I have spent in South Africa since I was 16 and that is great, but I’m also staying focused and I’m on standby for when it all gets going again.”

The start of the MotoGP season was pushed back to the end of May - at the earliest - on Thursday, after France postponed its race at Le Mans due to ...
Motoring
1 year ago

Italian MotoGP rider Andrea Iannone has been banned for 18 months after failing a dope test last November, the sport's governing body said on ...
Motoring
1 year ago