Every permutation is being discussed, says F1's Ross Brawn 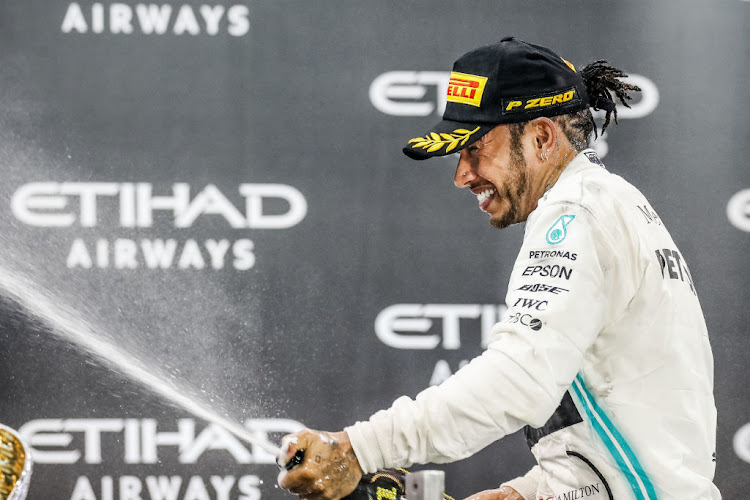 Lewis Hamilton of Mercedes during last year's F1 Grand Prix of Abu Dhabi on December 1 in the United Arab Emirates. The current season is yet to get under way.
Image: Peter J Fox/Getty Images

Formula One is considering holding closed races without spectators, most likely at European circuits, once the season is able to start after being stalled by the coronavirus pandemic.

The Australian opener on March 15 was cancelled and every race up to the French Grand Prix on June 28 has been postponed so far.

F1's motorsport managing director Ross Brawn told Sky Sports that a season of anywhere between eight and 19 races could still be possible.

"At the moment we’re looking at the logistics of a closed race: how would we get the people there, how would we protect them, how would we make it safe, who would we allow into the paddock," he said.

"Every permutation is being discussed."

Formula One has put almost half its staff on furlough until the end of May due to the novel coronavirus with chairman Chase Carey and senior ...
Motoring
1 year ago

Last month's Bahrain Grand Prix was due to be held without spectators, a first for the sport, before it had to be postponed.

Formula One has brought forward and extended its August break from March through to May to clear the European summer for a rescheduled calendar that could see races on successive weekends and into the new year.

Brawn said safety and travel were big issues and a European start was most likely - even if much of the continent is currently in lockdown, with movement restricted as countries try to contain the virus.

"We could have a very enclosed environment, where the teams come in on charters, we channel them into the circuit, we make sure everyone's tested, cleared, there's no risk to anyone and we have a race without spectators," he added.

"That's not great, but I think it's still better than no racing at all.

"I think we have to remember there's millions of people that follow the sport [sitting] at home ... To be able to put on a sport and entertain people would be a huge bonus with this crisis we have."

The June 14 Canadian Grand Prix in Montreal joined a growing list of Formula One races postponed due to the new coronavirus pandemic on Tuesday, with ...
Motoring
1 year ago

Le Castellet, the French Grand Prix venue, is situated on a plateau in the south with its own airstrip, luxury hotel and few access roads.

Austria's Red Bull Ring is also a rural circuit, while the British Grand Prix circuit at Silverstone is a short drive from seven of the 10 teams' headquarters.

Brawn said there was no point starting the season unless it could be kept going, with eight races the minimum necessary for a viable championship.

"We could achieve eight races by starting in October. So if you wanted a 'drop dead' point, it would be October," he said when asked about a deadline.

"But then there's always the possibility we could run into next year ... and that's being explored, could we stray into January to finish the season."

"If we were to start at the beginning of July, we could do a 19-race season," he added, outlining a scenario of multiple races on successive weekends.

Brawn suggested some races, such as China, could also be condensed into two days.

10 memorable racing liveries to remind you of faster times

Take a look back at some of the more memorable racing liveries to have flashed through the pages of motorsport's history books.
Motoring
1 year ago