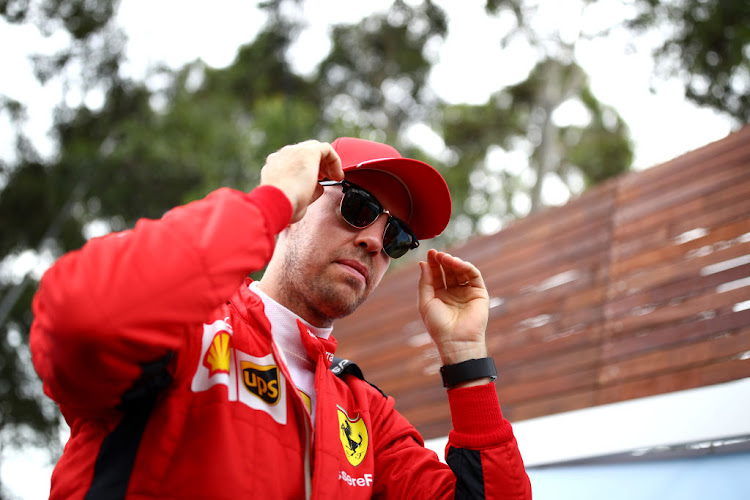 Sebastian Vettel of Germany and Ferrari looks on in the paddock during previews before the F1 Grand Prix of Australia at Melbourne Grand Prix Circuit on March 12 2020 in Melbourne.
Image: Mark Thompson/Getty Images

Sebastian Vettel has indicated he could have a new deal done with Ferrari before the Formula One season eventually starts after being put on hold by the Covid-19 pandemic.

The four-times world champion is out of contract at the end of 2020 but is keen to stay.

Ferrari have said Vettel remains their first choice to partner young Monegasque Charles Leclerc but reports in Italy have suggested they want an answer by the end of April to ensure potential replacements are still available.

“I think one of the key things right now for everyone, whether you are in sports or not, is to remain patient,” Vettel told reporters on a conference call.

“It obviously depends when we will have the first race and there is a high chance that we will have to make a decision before ... because at the moment it looks like there will be no race before June or even July.”

The German was coy when asked whether the next contract would be for just one year now that major 2021 rule changes had been delayed to 2022.

“I think whatever the deal will be like will be whatever I and the team will be comfortable with. So in terms of duration, I don’t know,” he said.

Five of Formula One's seven British-based teams have furloughed staff in response to the health crisis, with drivers taking a temporary pay cut.

“Obviously we don’t yet know how the season will look like and when it will start and how many races we will have,” Vettel said.

“But I have always kept whatever decision I made on this front with the team and myself and it will be the same this time. I’m not into using this point ... as a sort of image polisher or anything like that.”

The German said that even if the season was reduced to 10 races from a planned 22 it would still be a valid championship.

“Ten races would still be a lot of things to get right”.

Formula One could start the season behind locked gates due to the Covid-19 pandemic but the glamour sport will likely have to slim down considerably ...
Motoring
2 years ago

Formula One needs at least 16 races for a proper championship this year but eight double-header weekends would do if the Covid-19 pandemic limits ...
Motoring
2 years ago