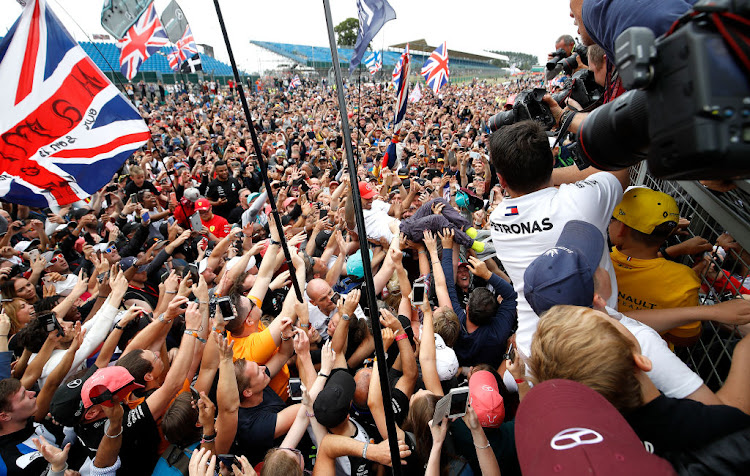 Silverstone would be willing to host an unprecedented two successive grands prix without spectators to help Formula One fight back against the coronavirus crisis, circuit boss Stuart Pringle said on Sunday.

The season has yet to start, but the Liberty Media-owned sport's management are hoping to get going in the European summer with a revised and reduced schedule that could run into next year.

Pringle told the Guardian newspaper he had discussed “all sorts of permutations” with Formula One, including two races over the same weekend or consecutive weekends at the British track.

No circuit has ever hosted two races in succession in the same season.

“I have complete confidence in our ability to put on these events. We have a lot of experience, a lot of knowledge, and we can turn that on definitely,” said Pringle.

While some countries are starting to ease strict lockdown conditions imposed to tackle the Covid-19 pandemic, events involving large crowds of people are likely to remain banned for some time.

Official guidance in Britain is for people to stay at home and to practice physical distancing if they do have to go outside.

Every race on the original F1 calendar has been cancelled or called off up to the French Grand Prix at Le Castellet on June 28, but that is also expected to be postponed.

That would leave Austria on July 5 at a circuit owned by energy drink Red Bull, who have two F1 teams, two weeks before the British Grand Prix at Silverstone.

“I think F1 will make a calendar-wide decision in the earlier part of May,” said Pringle, whose circuit drew the biggest crowd of any last year and is a short drive from seven of the 10 teams' headquarters.

“They can’t set this ball rolling unless they have a solution that stands a fighting chance of running successfully over multiple races,” said Pringle.

“That timescale would suit us if we didn’t have to put in the infrastructure for accommodating the public.”

McLaren boss Zak Brown told the BBC last week that all races in Europe could be held without spectators and with numbers on site kept to a minimum.

“Everything is very tentative but (the British Grand Prix) would go on its scheduled date but closed to fans,” said the American.

“In fact, it looks like possibly all the European rounds will most likely be in that scenario.

“With our now condensed schedule, what's the best way to get as much racing done as possible? One of the ideas is potentially (to have) multiple events at the same location, Silverstone being one of those.”

The start of the MotoGP season has been pushed back further into the European summer after German Grand Prix organisers sought a postponement due to ...
Motoring
2 years ago