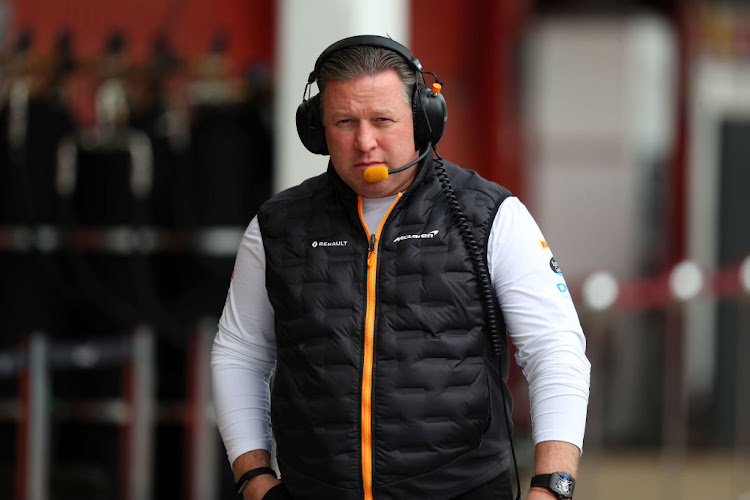 McLaren boss Zak Brown has accused Ferrari of being in denial about the existential threat Formula One faces from Covid-19, as arguments heat up over how much teams should be allowed to spend.

Ferrari principal Mattia Binotto told the Guardian newspaper on Thursday that now was “not the time to react in a hurry” and make hasty decisions without assessing the consequences.

Speaking to reporters on Zoom, Brown highlighted that comment.

“I’m almost at a loss what you say to that,” declared the American, who said Ferrari's arguments were contradictory and did not stack up.

“I think we all recognise that in modern times we are going through the biggest crisis the world has seen. You have countries shut down, industries shut down and to not be in a hurry to address what’s going on I think is a critical mistake.

“It’s living in denial and I think you would find pretty much every president or prime minister or CEO around the world was operating in a hurry to tackle this issue head-on.

“To take our time I think is a very poor leadership strategy,” said Brown, who has previously warned that the sport risks losing as many as four of the 10 teams if the crisis is not handled correctly.

He said he would hate to see Ferrari leave, but the sport would survive with only 18 cars.

Formula One's season has yet to start and is not likely to get going until July, with European races behind closed doors.

Greg Maffei, president and CEO of commercial rights holder Liberty Media, said advance payments on revenues had been made to some teams.

Brown also took issue with a suggestion that Formula One risked being devalued as the pinnacle of motorsport and said no other series came close in technical sophistication.

In another dig at Binotto, who had said Ferrari had an ethical duty to protect jobs at Maranello, Brown suggested he should apply the same approach to a confidential agreement with the governing FIA after a probe into the Italian team's engine.

“Along the line of ethics, I think it would be great if Mattia would share with us ... what the details were behind the secret agreement that they came to,” said Brown.

“I think everyone in this sport has a right to be able to be competitive,” he said.

“Absolutely not hiding from the fact that part of this process is that people want to be in Formula One to be able to compete, to have a chance to win.”