MotoGP intends to start season in July with races in Jerez 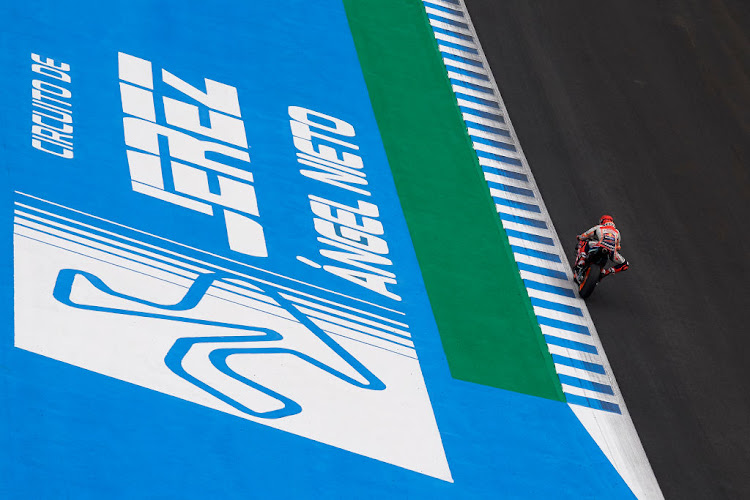 MotoGP has proposed starting its season, after months of delay due to the Covid-19 pandemic, with two races on consecutive weekends in July at the Jerez circuit in southern Spain.

It said in a statement on Thursday that the regional government of Andalusia, the city council of Jerez and series promoters Dorna had agreed to make a proposal to the Spanish government.

If approved, Jerez would host MotoGP grands prix on July 19 and 26 as well as a round of the world superbike championship on August 2.

The season-opening race would be designated the Spanish Grand Prix and the second the Grand Prix of Andalusia.

MotoGP did not give details of how they would stage the races but all are expected to be run behind closed doors and with only essential staff.

Dorna CEO Carmelo Ezpeleta said last month he was optimistic of putting on races from July at circuits where they could be held easily without spectators.

He expected an average of 1,600 people at closed-door races, with manufacturer teams limited to 40 while independent MotoGP outfits would have to manage with 25. Those in Moto2, one rung down, would be allowed 20 and Moto3 a maximum of 15.

Spain, one of the European countries worst hit by the new coronavirus, is gradually relaxing a national lockdown which has brought the outbreak under control but devastated the economy and led to significant job losses.

La Liga soccer clubs have a four-step protocol in place to return to playing matches, without spectators, in June.

The MotoGP season was supposed to start in Qatar on March 8 but that round was cancelled for the top category because of travel restrictions. A string of other races have since been postponed.

INTERVIEW | Mandla Mdakane is raring to go in GTC with Toyota

2020 Isle of Man TT cancelled due to coronavirus

The Isle of Man Government and the Manx Motor Cycle Club, the race organisers of the Classic TT and Manx Grand Prix, have taken the joint decision to ...
Motoring
2 years ago

Formula One can be expected to 'hit a glitch' as the sport tries to complete a 2020 season stalled by the Covid-19 pandemic but 14-15 races looks ...
Motoring
2 years ago