Sebastian Vettel's Ferrari departure could also be farewell to F1 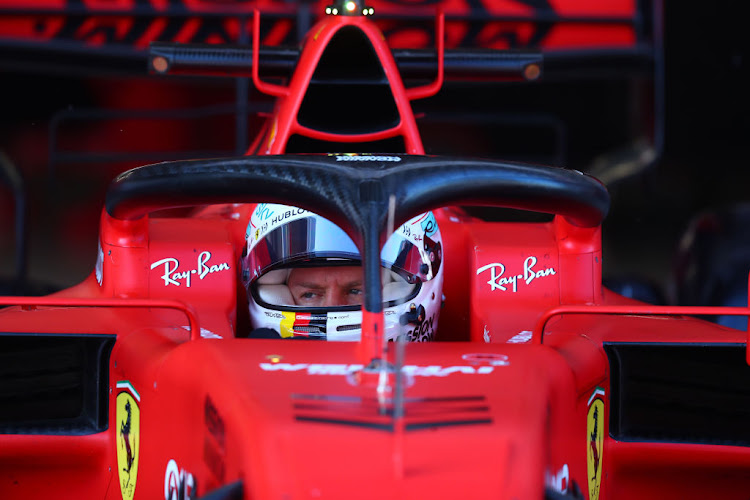 It won't be a surprise if Sebastian Vettel of Germany and Scuderia Ferrari walks away from the sport entirely at the end of a Covid-19 hit 2020 season without adding to his championship tally.
Image: Marco Canoniero/LightRocket via Getty Images

It would be no big surprise if the four times world champion ultimately walks away from the sport entirely at the end of a Covid-19 hit 2020 season without adding to his championship tally.

The 32-year-old German, who won his drivers' crowns with Red Bull from 2010 to 2013, hinted at that possibility in a Ferrari statement announcing his departure after five years at Maranello.

Schumacher won five of his record seven titles with the Italian team, but those days are gone and Vettel, one of the highest-paid drivers, has so far only 14 race wins for Ferrari to his credit.

The coronavirus crisis has also changed the sporting and financial landscape.

"What’s been happening in these past few months has led many of us to reflect on what are our real priorities in life," said Vettel, who has been isolating at home in Switzerland while Italy was in lockdown.

"One needs to use one’s imagination and adopt a new approach to a situation that has changed. I will take the time I need to reflect on what really matters when it comes to my future," said the father of three.

Vettel had been in talks about a contract extension, and his chances of securing another drive in a winning car now appear limited.

Champions Mercedes and Red Bull are the only teams other than Ferrari to have won races since the 1.6 litre V6 turbo hybrid era started in 2014, and the rules are staying the same until 2022.

While Mercedes' six-times world champion Lewis Hamilton has been linked to Ferrari, his recent comments have indicated he intends to remain with the dominant team of the past six seasons.

Hamilton gets on well with Finnish team mate Valtteri Bottas, and Mercedes also have younger and cheaper long-term talents in their driver pipeline in the shape of Britain's George Russell and Frenchman Esteban Ocon.

"It’s difficult to see how two alphas can fit in a team. You can see the problem Ferrari have had. Why would it be any different at Red Bull with two alpha drivers?" team boss Christian Horner said last year.

Vettel and his Monegasque team mate Charles Leclerc fought for supremacy inside Ferrari last year, with the 22-year-old getting the upper hand against an uneasy champion used to being top dog.

Ferrari clearly see Leclerc, who has a long-term contract and is fast becoming one of the sport's most popular drivers, as their future.

Spaniard Carlos Sainz, McLaren's 25-year-old driver, has already been installed as a frontrunner to join him with Renault's Australian Daniel Ricciardo also in contention.

Ricciardo, 30, is a race winner of Italian ancestry and would be a popular choice.

McLaren, who last won a race in 2012 but were fourth last season, will be switching from Renault to Mercedes engines in 2021 and could be interested in Ricciardo as a replacement for Sainz if the Spaniard gets the nod.

Renault, touted by some as Vettel's most likely option, are in full cost-cutting mode as the manufacturer faces slumping car sales as a result of the pandemic.

W Series has the resources to race on next year, says CEO

The all-female W Series has the resources to get through this year even if no races can be held because of the Covid-19 pandemic, founder and CEO ...
Motoring
2 years ago

Four-times Formula One world champion Sebastian Vettel will leave Ferrari at the end of the season, the Italian team announced on Tuesday
Motoring
2 years ago