W Series has the resources to race on next year, says CEO 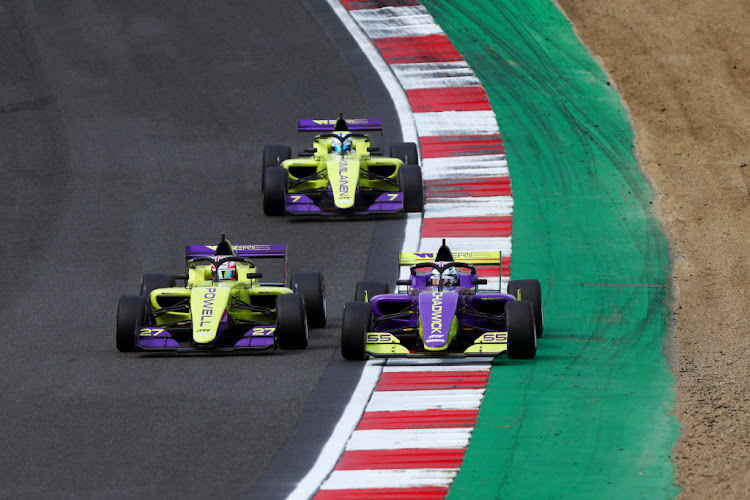 Jamie Chadwick of Great Britain drives her a Tatuus F3 T-318 next to Alice Powell of Great Britain and Emma Kimilainen of Finland as she leads the field in to the first corners during the W Series round six and final race of the inaugural championship at Brands Hatch on August 11, 2019 in Longfield, England.
Image: Dan Istitene/Getty Images

The all-female W Series has the resources to get through this year even if no races can be held because of the Covid-19 pandemic, founder and CEO Catherine Bond Muir said on Monday.

W Series, which launched last year in support of the German Touring Car (DTM) championship, has yet to draw up a revised calendar for 2020 after the new coronavirus outbreak changed everything.

It had planned also to join Formula One for the first time at grands prix in Mexico and the US, both of which remain up in the air.

“It is absolutely robust enough,” Bond Muir told reporters on a conference call when asked about her series' business model.

“There's a very clear message here. We will be racing next year irrespective of what happens this year.”

W Series, which aims to help women move up the male-dominated motorsport ladder, is sanctioned by the governing FIA and offers points towards a F1 super-licence for the first time this year.

The DTM faces an additional crisis, with Audi leaving at the end of the year and leaving BMW as the sole manufacturer.

Asked whether W Series might hook up permanently with Formula One, Bond Muir said discussions were ongoing.

“We would be delighted to continue our relationship with Formula One, and I don't think that has an impact on whatever happens with DTM,” she said.

“At the moment I think Formula One are working flat out at trying to make 2020 work and we certainly haven't had those conversations yet.”

Bond Muir said W Series had limited flexibility to go along with Formula One if the dates of the Mexico and US races changed.

“We have to have races that make sense. We can't race in Europe and then race in the US two weeks later. We need to ship things by sea, we don't have the money or finances to go and rent a 747 unfortunately.”

The scrapped 2020 W Series schedule envisaged a last race in Europe with the DTM on September 5 and then Austin, Texas, on October 24 with Mexico a week after.

Four-times Formula One world champion Sebastian Vettel will leave Ferrari at the end of the season, the Italian team announced on Tuesday
Motoring
2 years ago