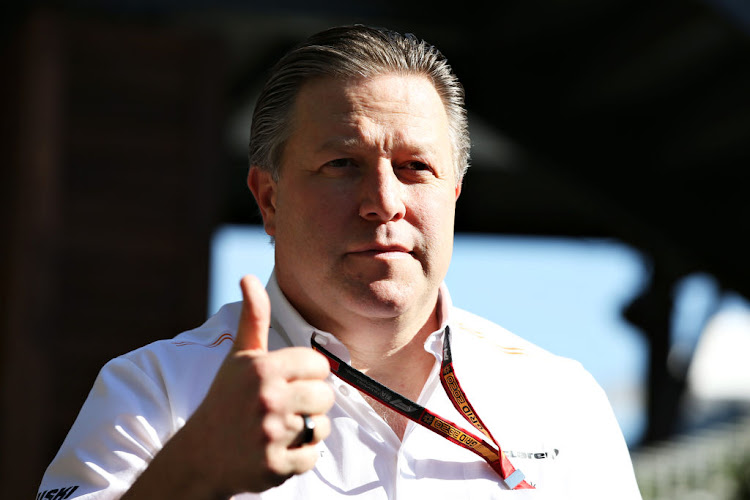 McLaren CEO Zak Brown is a notable supporter of the new cost-cutting measures approved by the FIA for Formula 1. 'F1 has been financially unsustainable for some time, and inaction would have risked the future of F1 and its participants,' Brown said on Wednesday.
Image: Charles Coates/Getty Images

Formula One's governing body hailed a major step forward on Wednesday after approving a package of cost-cutting measures including a $145m budget cap (roughly R2,516,708,450) from next year.

The measures, rubber-stamped by the FIA's World Motor Sport Council by an online vote, aim to create a more level playing field for the 10 teams and a more sustainable future.

“Formula One wins today. This is a crucially important moment for our sport,” said McLaren Racing CEO Zak Brown, who had pushed for an even tighter budget restriction, in a statement.

“F1 has been financially unsustainable for some time, and inaction would have risked the future of F1 and its participants.”

A list of components will be frozen between 2020 and 2021, including the chassis and gearbox, and there will also be a further reduction in aerodynamic testing.

This will be according to championship position, with more restrictions for the more successful teams in a development handicap system.

“A uniform budget cap, in concert with more even distribution of revenue among the teams, will ensure greater competition and more people wanting to watch live and on TV, driving more sustained revenues to underpin the long-term financial health of the teams and the sport,” said Brown.

The current season has yet to start due to the Covid-19 pandemic and when it does, likely in July, it will be without spectators.

Sweeping new regulations are due to come into effect in 2022 after being postponed from 2021.

Sports car maker McLaren announced redundancies on Tuesday, with the likely departure of about 70 people from the F1 team to meet the budget cap requirements.

“Adjusting the way we work and right-sizing the team to this new cap over the next months is a massive and painful task,” said Seidl. “But our aim is to be the best-sized and most efficient team in the future.”

Jack Miller to ride for official Ducati MotoGP team in 2021

Australian Jack Miller will step up to Ducati's main MotoGP team next season with an option on 2022, the Italian manufacturer said on Wednesday.
Motoring
1 year ago

There's hope yet for real-life racing in SA

While it might be tricky to predict when South Africans can once again enjoy a day at the races, the national motorsport regulatory body is confident ...
Motoring
1 year ago

Williams Formula One driver George Russell feels his recent esports success, with back-to-back wins in the virtual Spanish and Monaco Grands Prix, is ...
Motoring
1 year ago