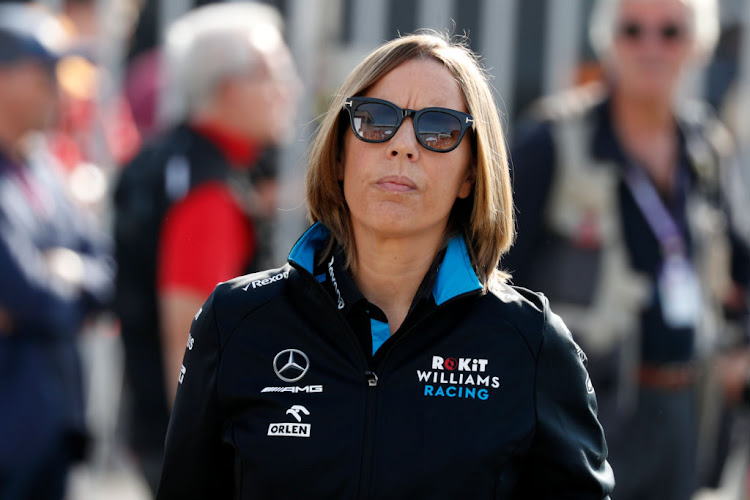 Williams deputy team principal Claire Williams in the paddock during the F1 Grand Prix of Italy. Williams in confident that the team can find a new sponsor after parting ways with RoKit.
Image: Marco Canoniero/LightRocket via Getty Images

Williams announced the end of the Formula One team's title sponsorship with ROKiT on Friday but hoped to bring in new money to replace it.

The struggling team had extended only last July the contract with the company, whose business interests range from mobile phones to beer and vodka brands, to the end of 2023.

Deputy principal Claire Williams said her team, which announced a strategic review that could see a sale, had met contractual obligations.

“I have confidence that we can replace the ROKiT money but we also have existing sponsors that we are very happy with and are being incredibly supportive,” she told reporters.

“I think the world is going to be a very different place but I'm sure there will still be appetite to sponsor in our sport, a sport that is undergoing huge change for the good.”

The season has yet to start due to the Covid-19 pandemic and will have fewer races than the record 22 originally envisaged. Williams will have a new livery when it gets going.

A $145m budget cap has been approved for 2021, with further cost savings and technical measures to come to help level the playing field.

The former champions, last for the past two years, have lost a number of partners in recent years but Williams defended the team's record.

“We very much feel that we look after our partners in a fantastic way,” she said.

“We're working with a new agency and redeveloping the way in which we take Williams to market. Williams has always done a good job attracting new partners into our sport and I believe we will continue to do so.”

Renault will stay in Formula One, interim CEO Coltilde Delbos said on Friday after announcing restructuring measures
Motoring
2 years ago

This year's British and Australian MotoGP races have been cancelled due to the Covid-19 pandemic, organisers said on Friday
Motoring
2 years ago

Williams is considering the sale of its once-dominant but now struggling Formula One team as part of a new strategic direction, Williams Grand Prix ...
Motoring
2 years ago