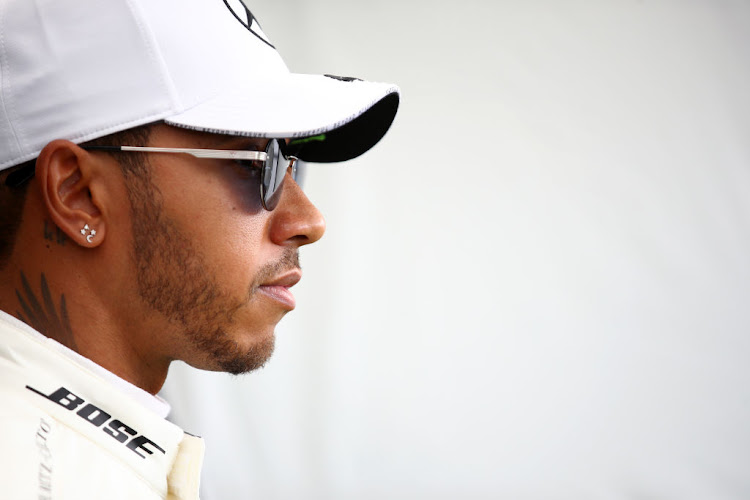 Six-time Formula One motor racing world champion Lewis Hamilton said on Tuesday he felt “completely overcome with rage” as he urged people to speak out against racism and stand up for justice.

The Briton had slammed his sport on Sunday for its silence over the killing of George Floyd, an unarmed black man who died in Minneapolis after a white US police officer knelt on his neck.

Derek Chauvin, the officer who planted his knee on Floyd's neck, has been charged with third-degree murder and second-degree manslaughter. Three other officers involved have not been charged.

The death has triggered a wave of outrage and violent protests in the US.

“This past week has been so dark, I have failed to keep hold of my emotions,” said Formula One's first black champion in his latest social media post to millions of followers.

“I have felt so much anger, sadness and disbelief in what my eyes have seen,” added the Mercedes driver.

“I am completely overcome with rage at the sight of such blatant disregard for the lives of our people. The injustice that we are seeing our brothers and sisters face all over the world time and time again is disgusting, and MUST stop.”

Hamilton, who has homes in the US, drew support from several other F1 drivers and his team after his comments on Sunday.

Formula One also broke its silence with a statement on Twitter: “We stand with you, and all people in the fight against racism. It is an evil that no sport or society is truly immune from,” it said.

“And it is only together we can oppose it and eradicate it. Together we are stronger.”

Hamilton, 35, cited Hollywood A-list actor Will Smith as saying racism was not getting worse but was being filmed.

“Those of us who are black, brown or in-between see it every day and should not have to feel as though we were born guilty, don’t belong or fear for our lives based on the colour of our skin,” said Hamilton.

“Unfortunately, America is not the only place where racism lives and we continue to fail as humans when we cannot stand up for what is right. Please do not sit in silence, no matter the colour of your skin. Black Lives Matter.”

General Motors Co and Ford Motor Co condemned racial inequality in the US following the death of George Floyd at the hands of police in Minneapolis ...
Motoring
2 years ago

Six times Formula One motor racing champion Lewis Hamilton has criticised his sport for its silence on the killing of George Floyd, an unarmed black ...
Motoring
2 years ago

Volkswagen on Wednesday withdrew an advert posted on its official Instagram page for its Golf cars that it admitted was racist and insulting, saying ...
Motoring
2 years ago