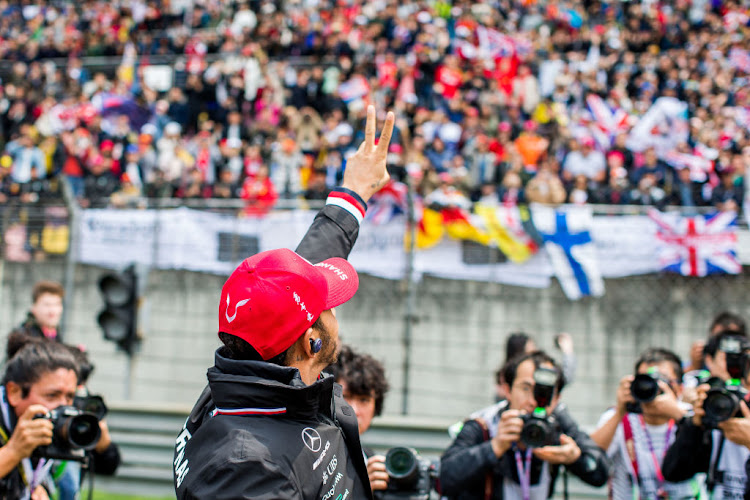 China has been invited to host two Formula One races in Shanghai this season but no decision has been reached over whether to accept the offer, the head of the Shanghai Sports Bureau has told local media.

The Chinese Grand Prix was supposed to take place at the Shanghai International circuit on April 19 but was postponed until later in the year because of the coronavirus outbreak.

Formula One Management (FOM) still hope to run 15-18 races this year and have announced a revised and shortened provisional European schedule set to start in Austria without spectators on July 5.

"FOM asked us if it is possible for Shanghai to hold two races," Shanghai Administration of Sports director Xu Bin was quoted as saying by state news agency Xinhua.

"We have not made the final decision, depending on the potential changes of the epidemic situation."

Beijing officials reported 27 new confirmed cases for June 15 on Tuesday, stoking fears of a second wave of the respiratory disease.

China has been cautious about resuming professional sport even as neighbouring South Korea, Japan and Taiwan have restarted soccer and baseball leagues.

The top-flight Chinese Basketball Association (CBA) league will resume on Saturday in two central hubs in Qingdao and Dongguan but no fans will be present.

The Chinese Super League (CSL) soccer league, which was scheduled to get under way on February 22, would resume in July "if everything goes well", Xinhua quoted Xu as saying.

Xu said the administration had been talking to many international sports organisations in recent months about hosting events in China's financial capital.

The season-opening Australian Grand Prix was cancelled hours before the opening practice session in March as the virus started to spread around the world.

Pandemic means no podium ceremonies for Formula One

Teams will be kept separate from each other in "bubbles" at the circuits, will stay in isolation and will have no contact with the surrounding ...
Motoring
2 years ago

On Friday Azerbaijan, Singapore and Japan joined the list of Formula One grands prix cancelled due to the Covid-19 pandemic, but organisers said they ...
Motoring
2 years ago

NASCAR's decision to ban the Confederate flag from all its tracks and races continued to rumble through the sport on Thursday, with several drivers ...
Motoring
2 years ago