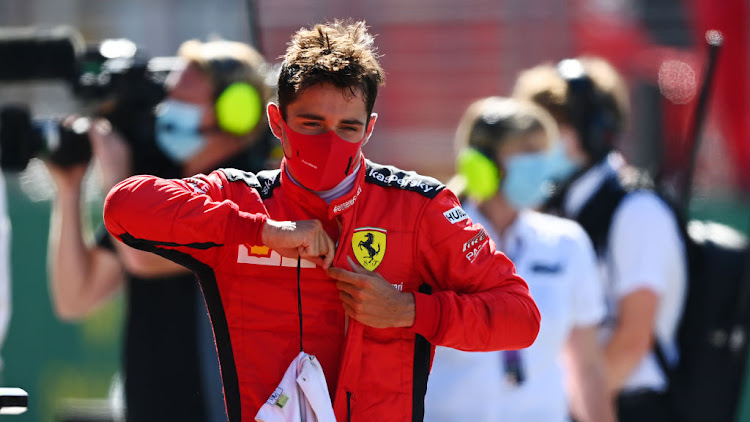 Formula One's governing body has warned Ferrari about the risks of breaching the sport's Covid-19 protocol and protective "bubble".

Ferrari drivers Charles Leclerc and Sebastian Vettel have been seen mixing with people outside their individual team groups.

Leclerc returned to his Monaco home after finishing second in last Sunday's Austrian Grand Prix while Vettel was shown on television talking to Red Bull bosses, without face masks, in the Red Bull Ring paddock.

"Ferrari have been issued with a reminder and warned that any further breaches of the Covid-19 code could be referred to the stewards," said an FIA spokesman.

He added that the warning was about respecting the group system and need for social distancing rather than Leclerc's travel movements.

The FIA's Covid-19 code states that any time spent outside the closed venue "must be spent with other members of the same group, keeping interaction with persons outside that group to a minimum".

Mercedes driver Valtteri Bottas, who won last Sunday, also went home to Monaco after the opening race, but remained within his "bubble" by seeing only those within his existing group - his girlfriend and trainer.

"We have rules of engagement for the senior members of the team. That was planned from the beginning," McLaren team principal Andreas Seidl said of Brown's absence.

"Zak had to fly back for business reasons but he was following all the necessary measures which are in place in terms of social distancing and isolating himself. I don't see any safety risk."

Red Bull say no to Vettel's hopes of a return

Red Bull have given "a definite no" to four-times Formula One world champion Sebastian Vettel's hopes of returning to them next year, team boss ...
Motoring
2 years ago

The Ferrari-owned Mugello circuit will debut on the Formula One calendar in September to host the Italian team's 1,000th championship grand prix, ...
Motoring
2 years ago

2020 Kyalami 9 Hour pushed back to December